Written by  Bart de Jong
Read 9357 times
Portland, Ore. - August 18, 2006 - Jamie Bestwick won the BMX Vert competition and Cam White captured the BMX Dirt title Thursday in the second day of competition at the Dew Action Sports Tour's third stop, the Vans® Invitational, at the Rose Quarter. Jamie Bestwick, 35, of Nottingham, GBR, earned his second consecutive win in BMX Vert finals. His winning run earned him a score of 94.25 with a no-handed barspin 540, finishing with three consecutive flair variations to seal the win. Gilroy, Calif. native Chad Kagy, 27, took second with a score of 92.25 with a run that included a double tailwhip 540 barrel roll, a first in BMX Vert competition. Kevin Robinson, 34, of East Providence, R.I., came in third with a 91.00.

“All I know is how to ride. I know how to ride every square inch of this course,” said Bestwick. “I tried to keep my run flowing from end to end and nail the tricks I know I can hit.” Bestwick, who earned the Dew Cup in BMX Vert during the 2005 season of the Tour, currently sits in first place with 275 points. 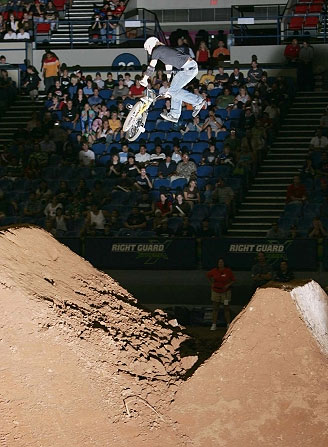 With his win today at the Vans® Invitational in BMX Dirt, Cam White, 22, of Canberra, AUS, earned his first-ever victory at a professional event on U.S. soil with a score of 93.75. White’s winning run was highlighted by a triple tail whip off the first jump. “Since my mom and dad flew all the way here, I thought I might as well throw a triple tailwhip,” said White. “I’m stoked I could pull it off for them. The win feels awesome and it really hasn’t sunk in.” Luke Parslow, 21, of Riverside, Calif. took second in BMX Dirt with a final score of 92.50. 20-year-old Anthony Napolitan of Youngstown, OH finished third with 91.75. After three events, Napolitan is still in the season lead with 238 total points. 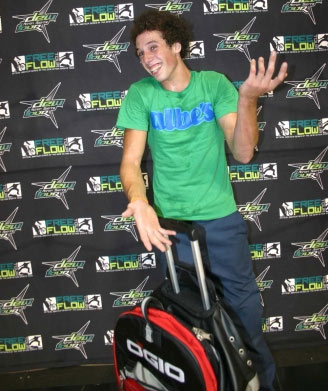 Eighteen-year-old Mike Spinner today won the Free Flow BMX Finals and made history by pulling a tailwhip 720, a trick never before landed in competition, by an amateur or a pro. Spinner, from Miami Florida, qualified for Free Flow Tour Finals by winning the Orlando Free Flow Tour stop on June 4, which advanced him to compete in the Free Flow BMX Finals today against seven other amateur BMXers who also qualified this summer. As the winner of the Free Flow Tour, Spinner wins the wildcard spot and will travel to Orlando in October to compete against the pros at the PlayStation® Pro - the last stop on the Dew Action Sports Tour. 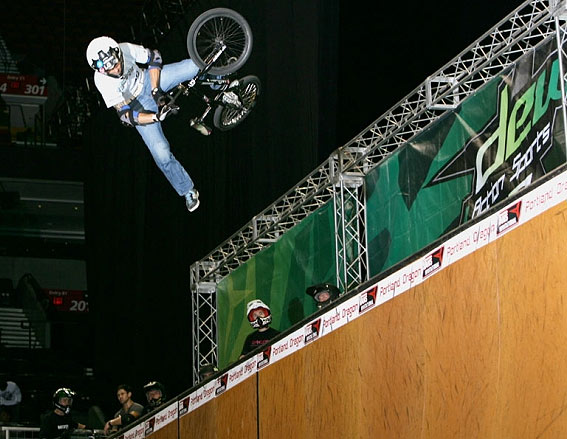 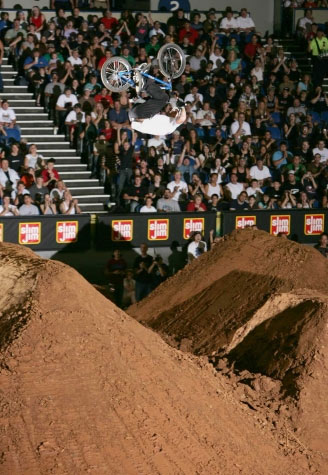 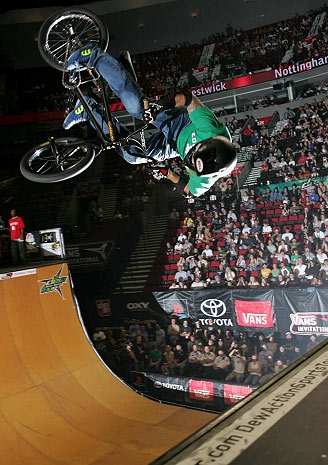 More in this category: « FAT-JAM 2006. Trails got an upgrade. NYQUIST CAPTURES TOP SPOT at Portland's Rose Quarter »
back to top