Written by  Bart de Jong
Read 11811 times
Minersville R.I.P.
Some bad news came over the wire today. The trails in Minersville, PA were plowed yesterday. A young kid got knocked out, an ambulance was called, his parents freaked out, sued the land owner, and the bulldozers were deployed. It’s a sad story but unfortunately one that happens to trails all too often. Everyone here is going to miss the good times, but we’ll always cherish the memories. 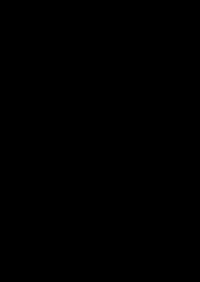 Minersville was a mecca for trail riders. I’ve never seen another place like it. They had over 100 sets of doubles and everything was crafted with painstaking care. The tabletops were actually bridges built from trees, some landings were built like log cabins, the drainage flowed through pipes underground, some lips were built from rocks, and the sections flowed like the Nile.

Not only did they have more jumps than any place I’ve ever seen, the vibe was very welcoming to everyone. On any given weekend you could go there and see little kids on pit bikes, guys on mountain bikes, girlfriends, dogs, families, and BMXers from all over the world. That’s what made Minersville cool, the fact that they didn’t discriminate against anyone that came out to have a good time. Thanks to all the locals who put their blood, sweat, and tears into the trails and created and scene like no other.

Gone, but not forgotten.