Written by  Bart de Jong
Read 8337 times
-Scotty Cranmer is resting up from his crash at the Dew Tour. Scotty had a event at is home turf and rumors are watch out. The next Scotty Cranmer will come out of Incline Village. Scotty will be back next year and ready to go. Ryan Guettler also crashed pretty hard in Orlando and just got back on his bike from his shoulder injury. Ryan will be going home to Australia this winter and will be back for next year ready to destroy. Ryan is also going to throw some local contest back at his home parks in Australia.

Cory Nastazio has been resting up and recovering from his knee surgery. Cory has been busy building trails and will be back on his bike soon. Cory bought a house for his momma up by Woodward West and expect to see Mr. Nastazio "Nasty" there often riding and getting ready for next years season. Cory is also riding for S and M now. Stephen Murray is selling his house in Riverside. Only six more weeks to ride his trails before they get torn down. Alistair Whitton had a great year at the Dew Tour this year. Ali has been busy riding his bike has it shows and building all kinds of contraptions in his back yard. Alistair went to the Backyard Jam in England to ride and visit his family. Gary Young also had a good year. Gary had some good results this year and also went to England for the Backyard Jam. Gary is none stop, watch out. Josh Harrington has been resting up his knee but also riding his bike. Josh has been busy filming and congrats goes out to Josh for Best Video Part. Tim Hall will be doing a Stunt Junkie jump coming up. Fuzzy just finished the Dew Tour and plans to ride and do a lot of stuff this winter. Robbie Morales just finished getting the Fit For Life Video done. Robbie has been busy doing that project and now plans on riding more and hanging with the kids. 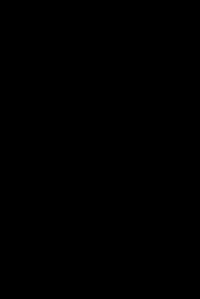 Dennis McCoy had a amazing run in Orlando. 900 to a 540 was sick. Dennis has been busy building the courses and still riding and doing shows all at the same time. Joey Marks qualified for the last Dew Tour and was ready to send it. Joey has come close to winning and his time is due. Heath Pinter still lives in Riverside and is now the TM for Rock Star Energy Drink. Shawn Walters is getting ready for the snow to hit Utah. Elf has been busy filming and riding with his buddies. Dave Osato is the new guy on the team and has been killing it lately. He lives up in Vancouver and loves all the tec tricks.

-Vans BMX Bike Camp at the Block in Orange Dec. 28 and 29 hosted by Cory Nastazio and Robbie Morales.

More in this category: « Props Road Fools Rock N' Roll Tour Hits the Road on November 3, 2006 Get the bikes in the Brookings skatepark. By Cody Miller »
back to top