Written by  Bart de Jong
Read 5380 times
Amsterdam, December, 2006 Four days till Flatground06! The countdown has begun. With only  a few days left on the calendar, Flatground is approaching rapidly! Just like last year, we are proud to have Scott O’Brien as host. With Scott O’Brien leading the dance and our carefully selected group of judges the contest is in the right hands. To top off this flatland packed weekend, we have turntable wizard DJ Yoda and fine rockabilly band Superbird lined up for the infamous Flatground party on Saturday night! 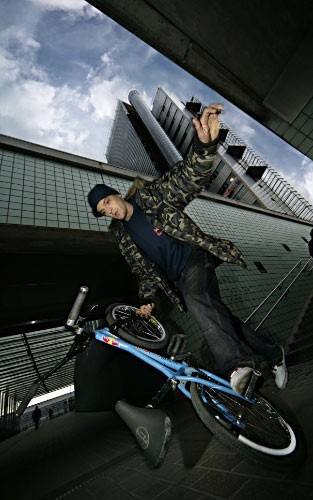 Flatground MC Scott O’Brien, the link between rider and audience. MC Scott O’Brien from New Orleans (USA) has been in the flatland game for about 14 years now. He has earned his merits as organizer of the Voodoo Jam and as host of flatland contests worldwide.

Scott: ‘As MC, you are the link between the rider and the spectators and you have to keep it hyped. I just let my true passion for flatland come out when I MC and that seems to work well.’ Scott O’Brien will be coming to Flatground06 with fellow New Orleans pro rider Terry Adams, but is keeping his eyes open for other contestants to take home the title: ‘I always like seeing what new tricks are out there and the riders progression. I think if Hiro Morizaki (Japan) hits all of his tricks he is unstoppable. Of course Martti Kuoppa (Finland) is having a good year as well as Justin Miller (USA). But it’s anyone’s contest, so all riders are perfectly capable of winning Flatground!’ 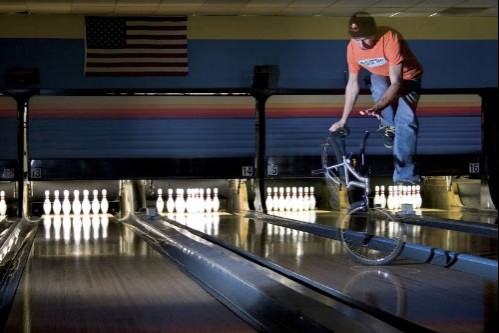 Highly qualified judges at Flatground06 The toughest job of the weekend rests in the hands of the judges. With great precaution and thought we have chosen the following judges: James Alberto (NL), Felix Perez (Spain), Effraim Catlow (England) and Lionel Cardoso (France). All judges have proved their knowledge of the sport of flatland BMX in one way or another and have therefore been selected as judges.

A challenging contest format For the finals, Flatground organizer Michiel Verberg and mentioned Martti Kuoppa have come up with a new contest format. The well known head to head battle format for the finals has been changed to spice things up! The twelfth qualified rider will choose any other qualified rider. The winner of this battle stays in the contest and passes on the right to choose an opponent to another rider. The first rider who loses a battle gets twelfth place, the second rider who loses gets eleventh place, and so on, until there are only two riders left in this cutthroat contest format. These two will battle for the first place of Flatground06!

Hip hop versus Rock at the Flatground party The inimitable DJ Yoda will put on a spectacular audiovisual show on Saturday night in nightclub the Melkweg. One of hip hops most unique characters will mix together images and sound. His intense, often hilarious mix of hip hop, pop and distinct taste, along the lines of Kid Koala and the Avalanches, will not only put a smile on your face, but no doubt will make you want to move! Superbird, a trio hailing from Amsterdam who has been polluting the airwaves with their ‘rock a billy with a twist’ for quite some time now, will precede DJ Yoda. These two live acts will be alternated by kick ass crowd rocker DJ Dirk Diggler and Mistasweet.

Scott O’Brien is ready for action! Are you? With the action packed weekend ahead, MC Scott can hardly wait to kick off the event. Scott: ‘Flatground is a special event that has passion and love for flatland. Every detail is with the rider in mind while making sure the spectators have a good time. It’s the perfect mix. Flatground 05 was my favourite contest ever and I expect the same for 2006!’

Poster in the making, watch the clip.

More in this category: « FSO mini jam this Saturday Gotta be creative. A.K? K.T! »
back to top