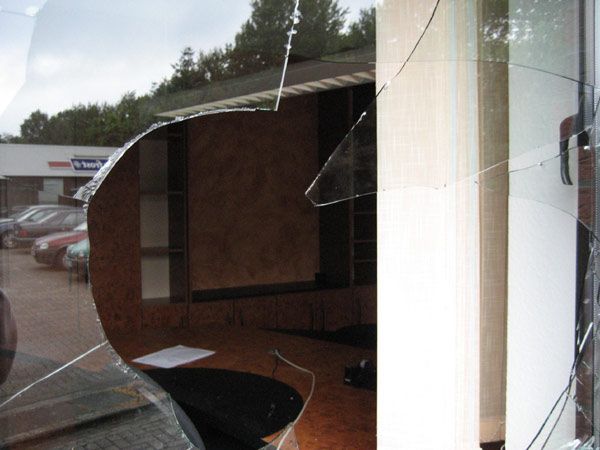 On Friday, 06.07.07, I showed up at around 7.15 am at the Office. The first thing I saw after I parked my car was a damaged window thrown in by a cobblestone! 10 days after we made the move into our new warehouse we had the first visit from a thief. Immediatly, I called the police as well as both owners Christian and Jann. A few minutes later the police arrived and had a quick look into the office. They didn't do anything special, no finger prints were taken and after a few minutes they left. For them it was just a normal housebreaking and they had no ambitions to find the housebreaker. 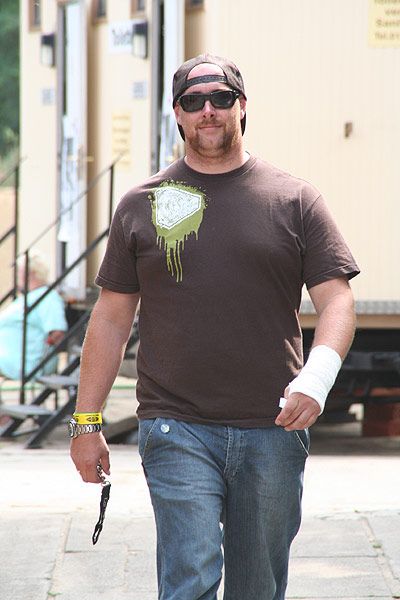 They told us to inform our insurance company that a laptop was stolen and that was all we and they could do... Jann and Christian drove around the suburbs because they had the hope to find the building lot where the stone was from. When Jann arrived at the local supermarket to inspect the parking lot, he saw a guy with something under his arm....looked like a flat thing wrapped in a T-shirt...and the guy saw Jann too.! He jumped on his bike and rode away as fast as he could! Why?

Jann ran after him and tried to catch him, but without success. Jann called Christian, 2 other employees and myself to come to the supermarket in order to help him! We started the pursuit with our bikes and cars. We also informed the police and they arrived shortly after that with three cars and a motorcycle.... a very hectic morning for the policemen of this small village! 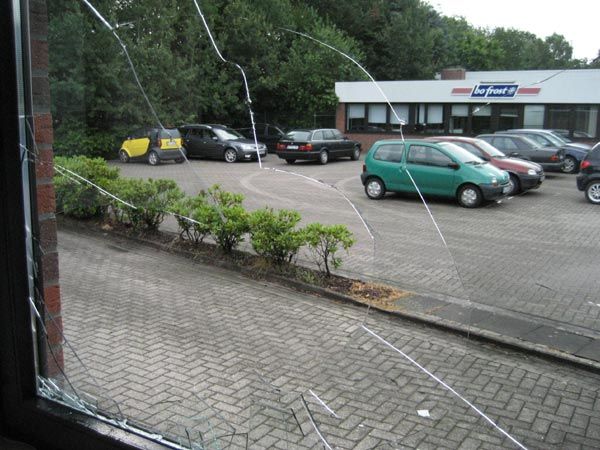 The policemen and Jann caught the guy a few minutes later, but he had thrown his bike and laptop with the t-shirt somewhere on his way! With the help from the policemen we continued the search for further 2 hours but we didn't find anything. Then our employee Simon found the t-shirt and the bike on a war cemetery. Finally, one and a half hour later Jann found our laptop under some rubbish bags near the cemetery.

After that the police brought the guy to the police station...That is all we know up to now!