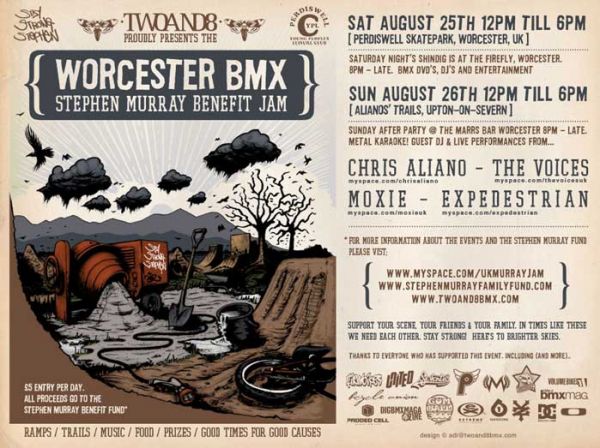 The date has been set, the skate park is being swept, the trails are being groomed and the bands have been booked. TWOAND8 presents the 2007 Worcester BMX Stephen Murray Jam. This is going to be the biggest BMX jam in the UK for the summer. TWOAND8 is taking BMX back to its roots! No big prize money, no strict TV schedule – back to why we all started riding our bikes……..For fun! This jam is to raise money for The Stephen Murray Family Fund. After a tragic crash at the Baltimore Dew Tour June 2007, 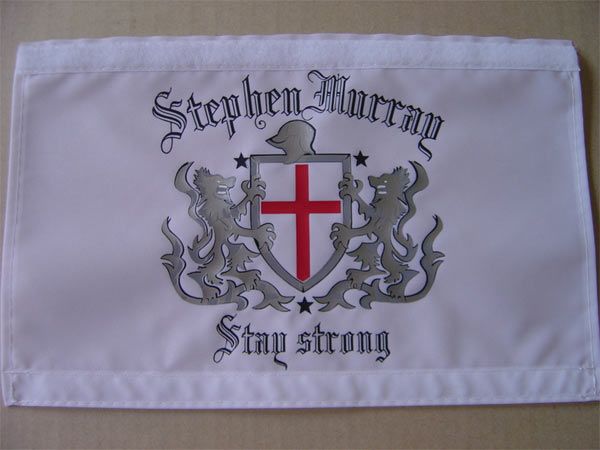 Stephen has been left with serious injuries to his spinal cord and vertebrae. The fund has been set up to raise money to support Stephen in his long and on-going rehabilitation, as well as helping to look after his family.

His brother Martin Murray and many close friends are tirelessly working to put together an amazing weekend.

So what you waiting for? Get a crew together and head to Worcester on 25th & 26th August, Bank Holiday weekend …………

For more details go to:
UK MURRAY JAM
Two and 8