$200 FROM EACH FBM CUSTOM FRAME WILL BE DONATED TO THE STEPHEN MURRAY FAMILY FUND. Latest update on Stephen. 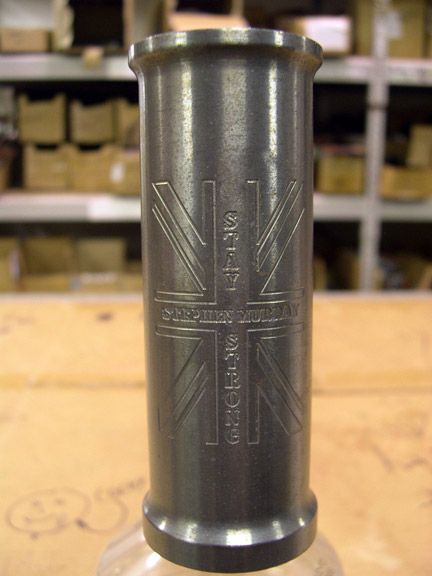 As most of you will have heard by now, fellow rider and all around nice guy, Stephen Murray suffered a serious injury competing at the first Dew Tour stop in Baltimore, MD. Many in the BMX community have come together to help Stephen and his family during their time of need. At FBM they're doing their part to help him out. FBM will be building custom frames for $500 with $200 of the proceeds going to the Stephen Murray Family Fund. Now's your chance to get the frame of your dreams, and donate to a worthy cause and help a brother in time of need. FBM are limiting this to 15 frames to ensure they have the time and resources to complete them.

More info on ordering your custom frame can be found at this link.

Even in you don't purchase a frame, you can still donate at www.stephenmurrayfamilyfund.com.

Sorry it has taken so long to do an update on Stephen. I know a lot of people have concerned about the lack of updates, but his condtion has been changing so much that i wanted to make sure he was more stable before we could let people know how his condition, as the updates quickly become out of date.

So, the biggest bonus of all is that he is really mentally strong and in good spirits. He is positive about everything and like he told me yesterday 'its the only way to be". This could be the biggest healer of all.

Two weeks ago, he could only manage 4 minutes off the ventilator (life support machine). On thursday, he managed two 2 hours 'weans' off the ventilaor so he is improving at a good rate on that front. The hospital are optimistic of getting stephen completely off the ventilator, its just going to take some time, maybe 4 - 8 weeks. Getting off this and being able to breathe on his own will make a lot of dfference to his rehab ability.

A few times a day they are able to adust his ventilator, allowing him to talk and communicate. This tires him out though so is there are only limited periods (1-2 hours) in the day when he can do this, although again as he becomes stronger this window will grow, as it has done from 20 minutes to 2 hours over the last 2 weeks.

He has very patchy sensation across various parts of his body, some parts of his arms, stomach and feet. He says this feels like a numb sensation and i'm sure this can only be a good sign. As for movement, he can shrug his shoulders consistently. Sometimes, he is able to very slightly move his knees inwards about an inch, although this takes about 30 secs from the time he thinks about moving his knees, to the movemet actually happening. Some days he is able to do this, some days he isn't but it can only be a positive sign.

His spirits are lifted by not only the great rehab team who work with him everyday, but by the friends and family who have been visiting. Stephens wife Melissa brought his little boy Mason out to see him and he just loves having him around. Some of Stephens other friends, Dale Holmes, TJ, Fuzzy, Scurto and Nasty have been out visiting which again has been a nice lift for him.

As those of you who know him will know, everything always happens to Stephen. Yesterday, he had to be taken to the dentist to have a tooth pulled out which had been giving him agony for the past few days, so he was a little groggy for the remainder of the day. As you can imagine, this wasn't a simple journey to the dentist with his condition but it went pretty smoothly in the end.

He is likely to be in Denver for at least aother 3 months, although as his condition is constanty changing its impossoble to put a date on this.

Thanks again for all the support, it realy is a huge comfort to Stephen.