FAT-'zine issue number three. The year was 1988. Flip through the pages. Go back in time. 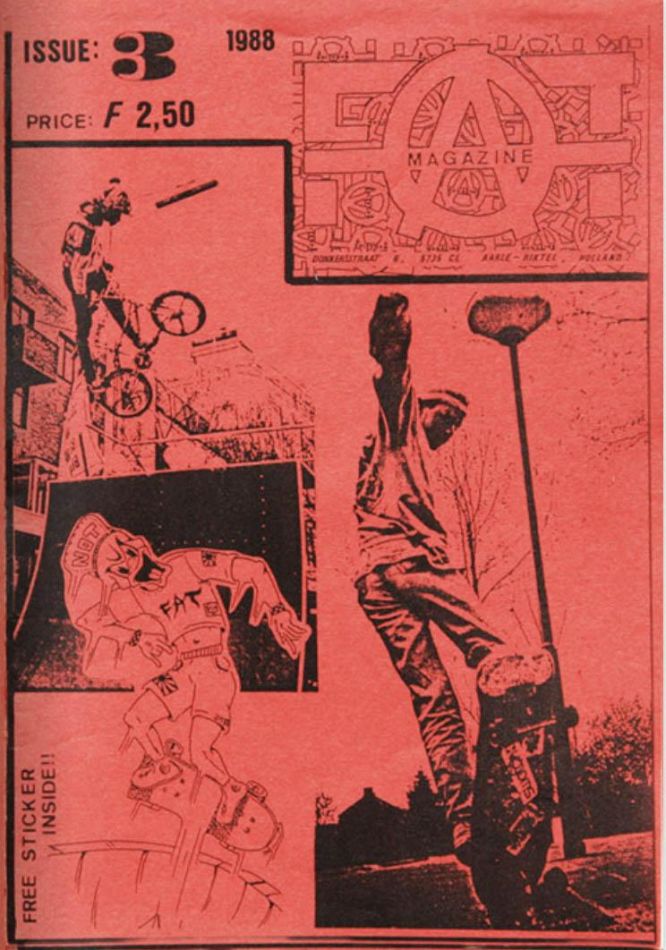 It was rough at times to do a 'zine. Photos were received by post and then photocopied. The original photos were returned and you had the paper to work with. You made a layout of the page and started typing on the actual page. The space you had available was the space you needed to fit your story in. The pages got stuck in the typewriter very often which caused major headaches. The typewriter ribbon faded out after a while too and finding a new one for the old typewriter was a challenge in itself.

The page numbers were added at the end with a number mold. The pages needed to line up and all of you who have done a 'zine before know that this did not always go smoothly.

The cover was shared by Jeroen Hoogaerts (RIP) and Bart on the skateboard. The issue had lots of art again, made by Joachim Mulkens and Speed One who showed up with new drawings during school breaks.

We visited a secret spot in Germany which is not so secret these days: The University of Düsseldorf with all those brick banks. 1988!

Freestyle comps were visited in Antwerp, Belgium and Eindhoven, we went to Mookhoek to ride Albert Moonen's miniramp. Sterling Ruby and Albert Moonen received interviews, Paul and Frans Swinkels hung out with wheelie king Doug Domokos (RIP) in Amsterdam. The free sticker came from Seaflex, we went to the Piazza to do a report and Kees Lemmens got a photo too. Hit the link below to flip through issue 3 of FAT-'zine. 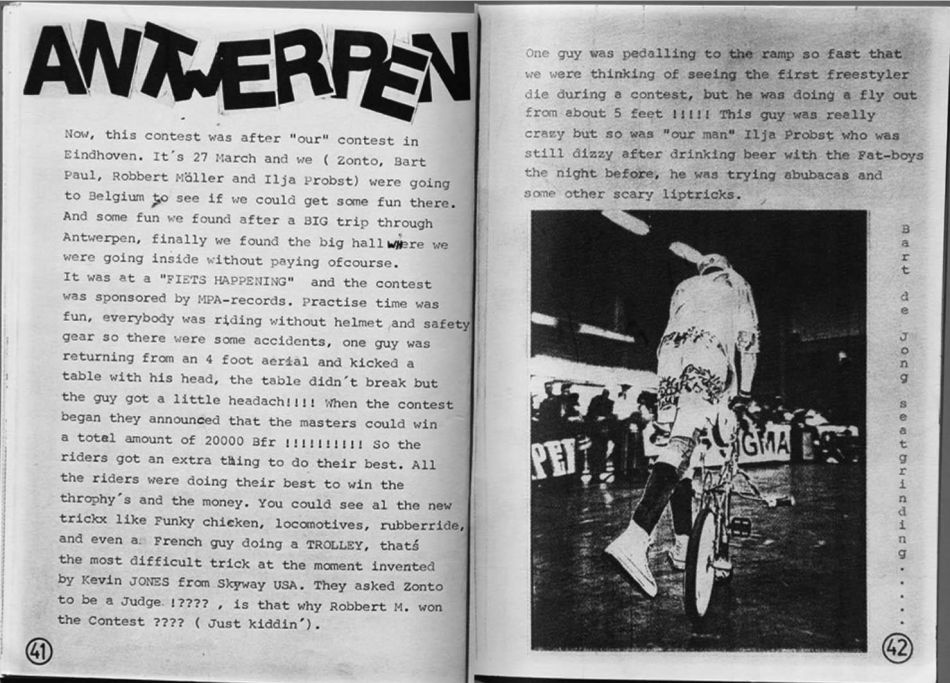 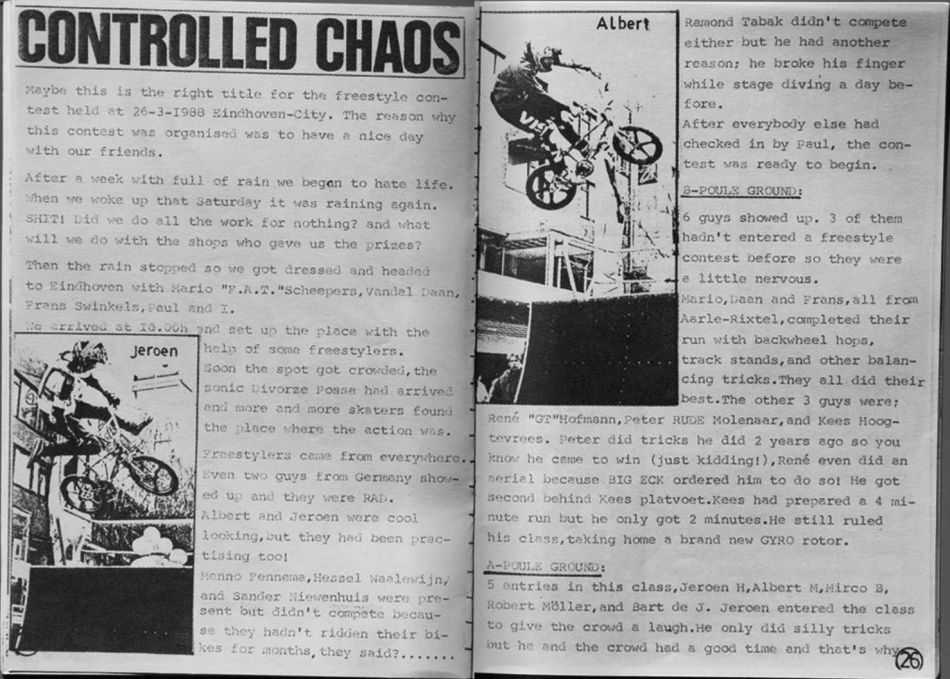 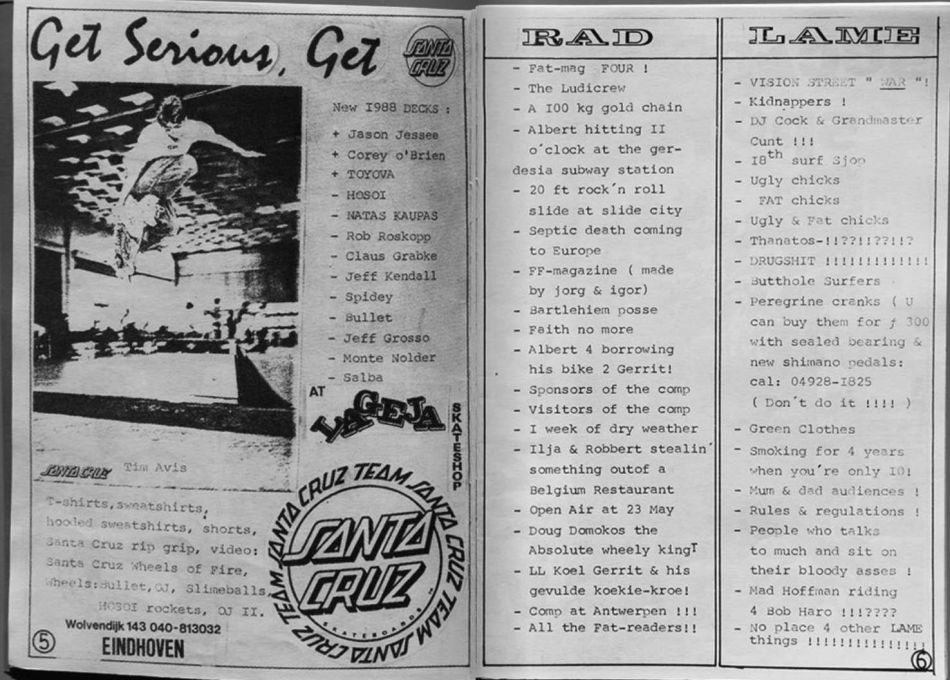 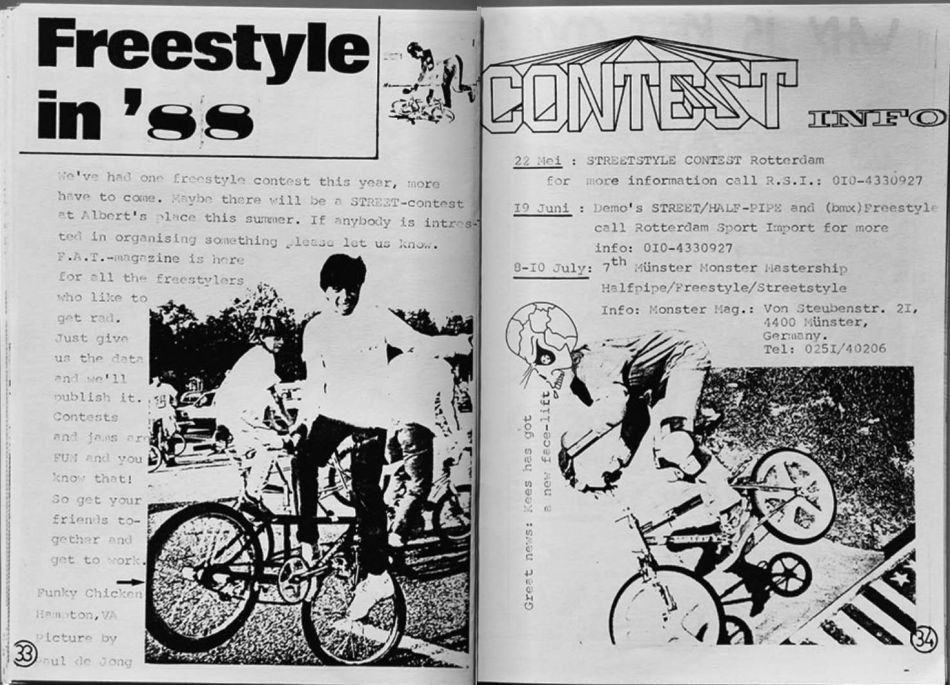