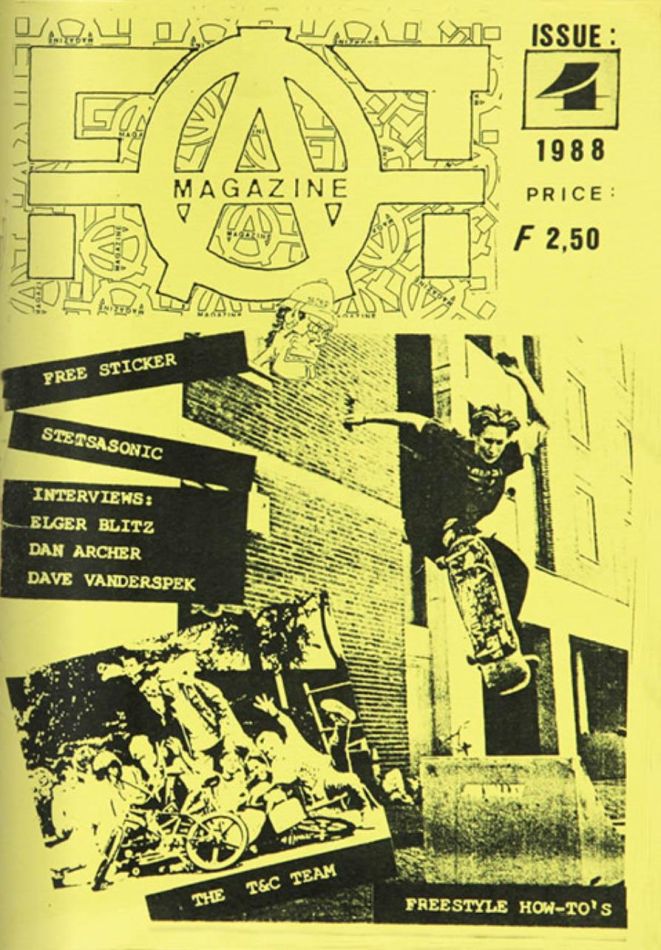 Issue 4 of FAT-'zine is more of a skate issue. BMX Freestyle was at an all time low so we did some fun things next to it. It kept us on the streets and the ramps that we had placed at the end of the street could be used for everything. It was the time when we did shows with the Town & Country crew. Bert, a T&C distributor was a crazy guy who organized demos for us at some of his dealers. We loaded up the ramps, did some demos and received dinner at the local snackbar in return. When one shop did not want to give us the gas money or some decent food, it was time to do some anti-promotion. Charlie Sport sucks! Haha, funny shit.

Vert ramps were hard to find back then but we found one in Rotterdam. The hiphop concert review of issue 4 is from the Stetsasonic concert at De Effenaar in Eindhoven.

A free sticker came from Seaflex again Charlie Sport did make it on the Lame side of the RAD-LAME list (of course).

We had an interview with Dave Vanderspek and mini interviews with Elger Blitz and Dan Archer. Find a photo of Bart doing a cancan on a scooter wearing pink Oakley blades, pink/blue T&C pants and a pink T&C backback and win nothing.

Mario Scheepers was the FAT FAN of issue 4. He had the FAT logo shaved in his hair. We took some pics and then the camera got stolen. Damnit! Paul was cruising around town on his pink GT Zootscoot with real Skyway tuffs. BMX freestye was at an alltime low indeed. 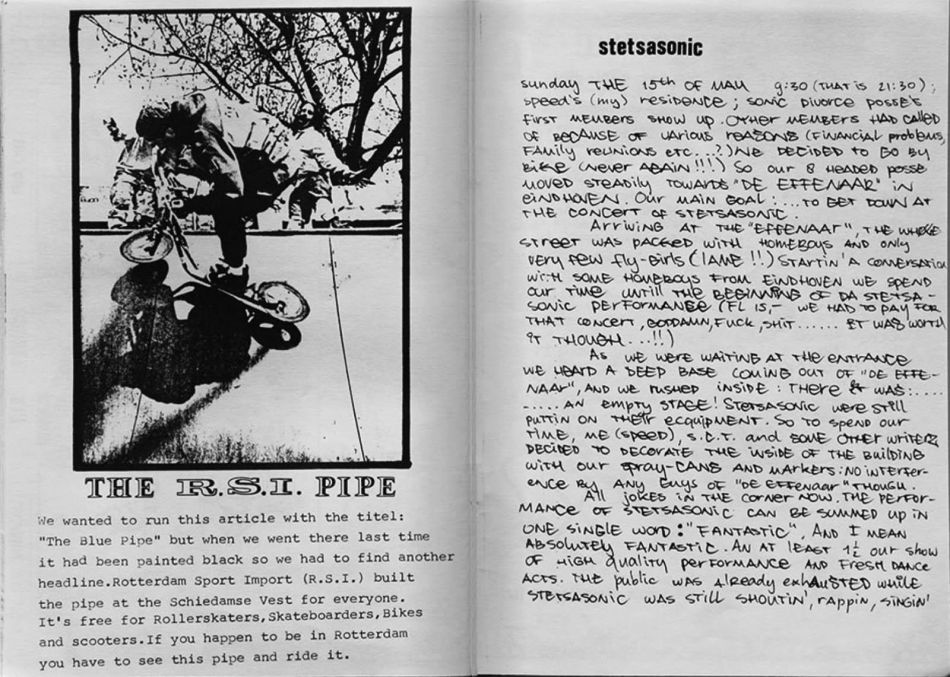 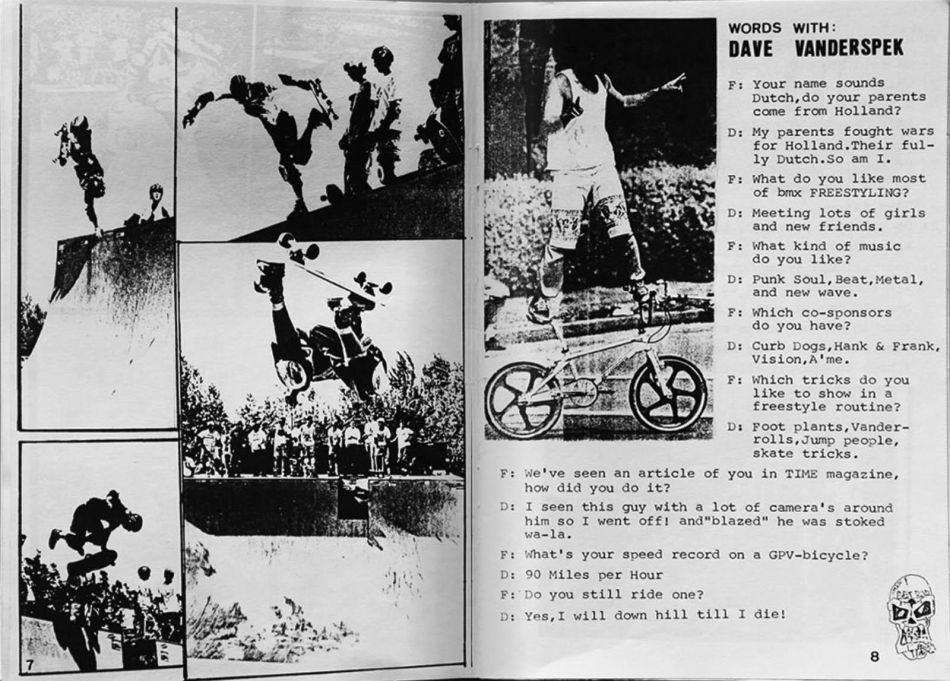