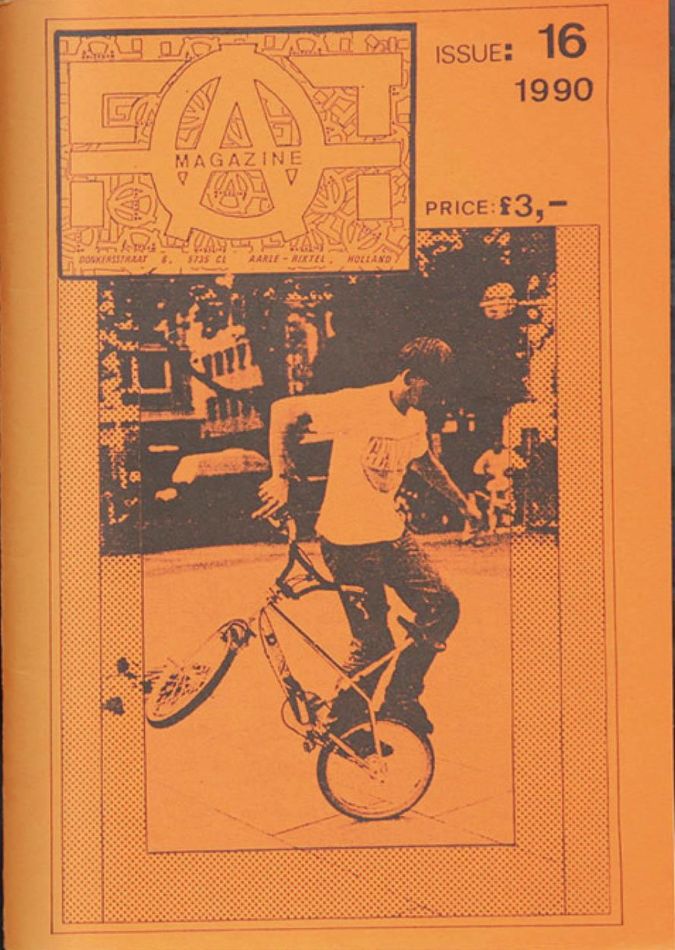 Cover boy Ralf Maier is designing skateparks for a living now as a landscape architect. I did a lot of trips with Ralf, some of them are covered in the issues of FAT-'zine. Ralf got an interview in issue 16 and so did Vic Murphy, Mike Golden, Sander Cornelissen and Gerrit Koornwinder. Back in 1990 you sent a letter to the other side of the world with the questions you had. You were hoping in a few weeks you would see a reply. Vic Murphy came through with the answers and I typed them out. He even put some pics in the envelop so I xeroxed them and then sent the pics back to him. Gotta love the e-mail of present time.

Matt Pingel contributed a lot of pages and went sandboarding. We had reports on a skate comp in Valkenswaard, a freestyle contest in Leiden, the Wath Jam, Spanjer's skate comp in Hengelo, and a concert report about the Digital Underground.

The free sticker came from Invert magazine (UK, now RIDE). We checked "The U" which was a crazy dirt spot where you rolled down a huge hill and did a fly-out at the end. We reviewed the following 'zines in issue #16: UHS, RIDE -'zine, RADAzine, Albert 'zine and Mental Chaos. Remember those?

Pages 51-63 show a review of places we visited in 1989. Looks like we were nomads back then already.
Enjoy the issue. It's the last 'zine on the Smith Corona typewriter. We invested in a new Olivetta

typewriter. Check the difference next week. 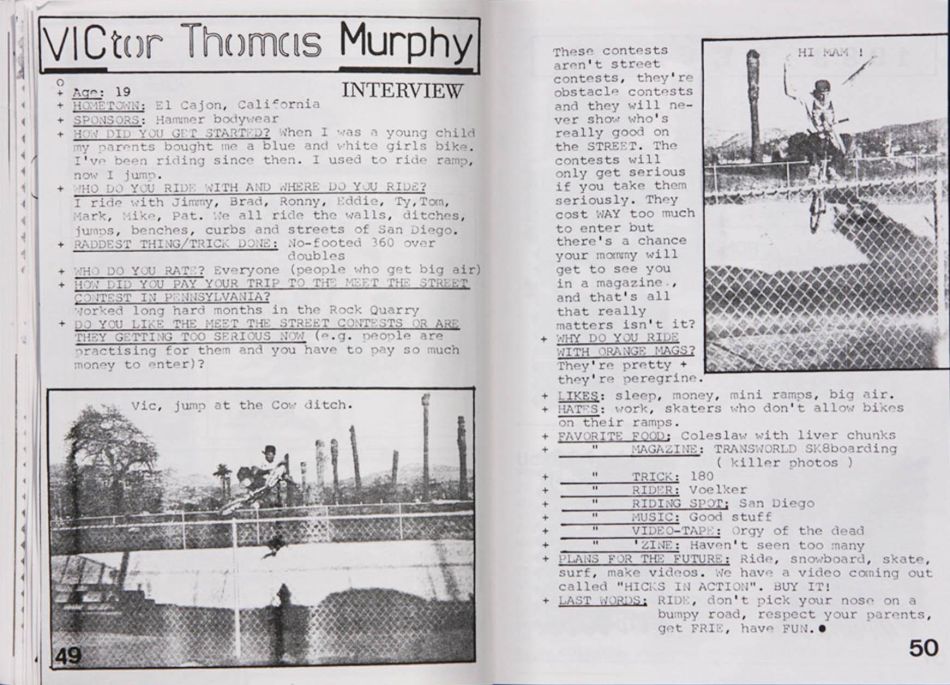 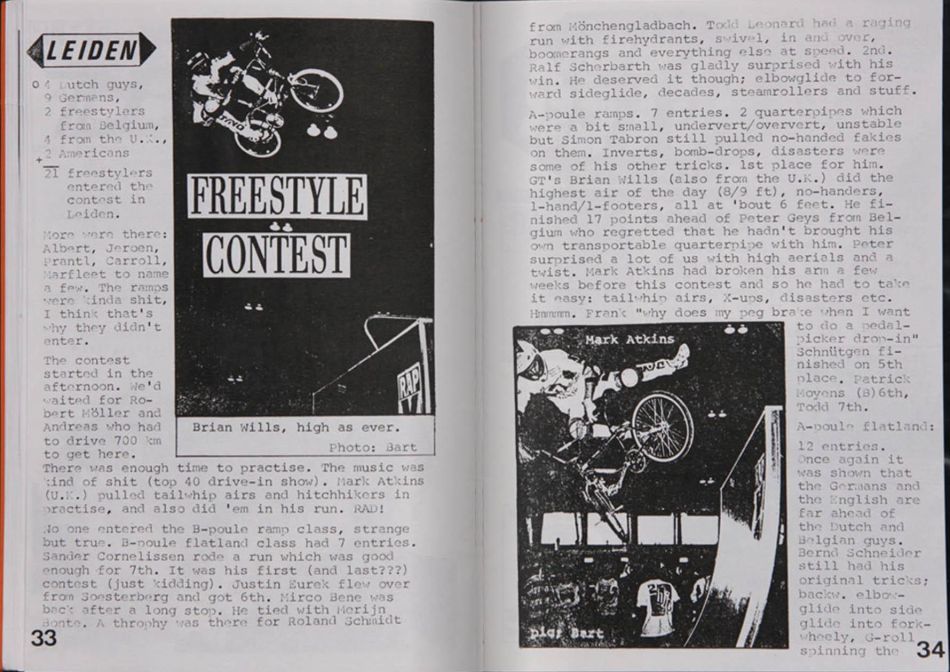 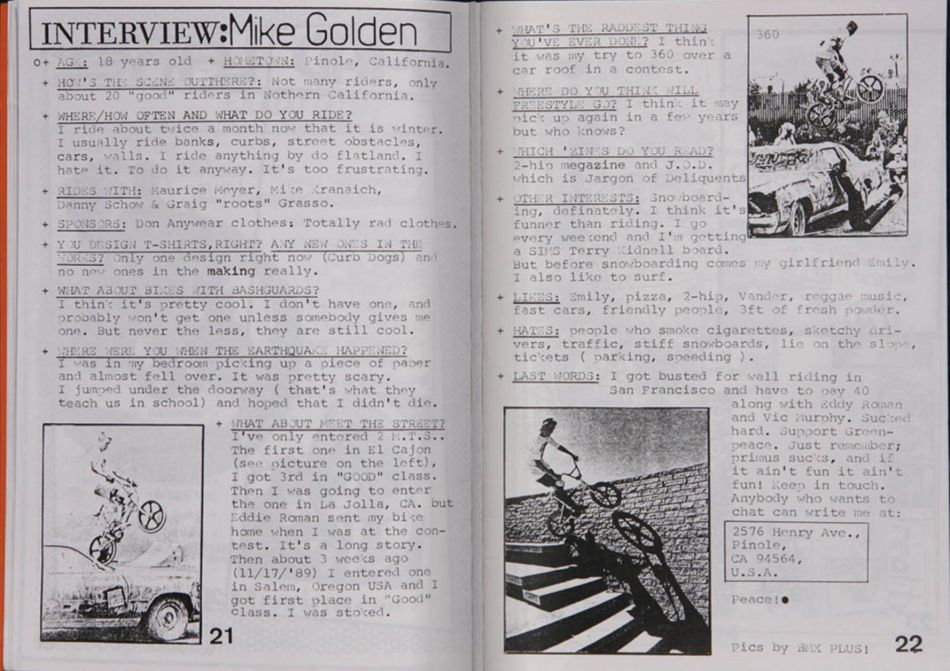 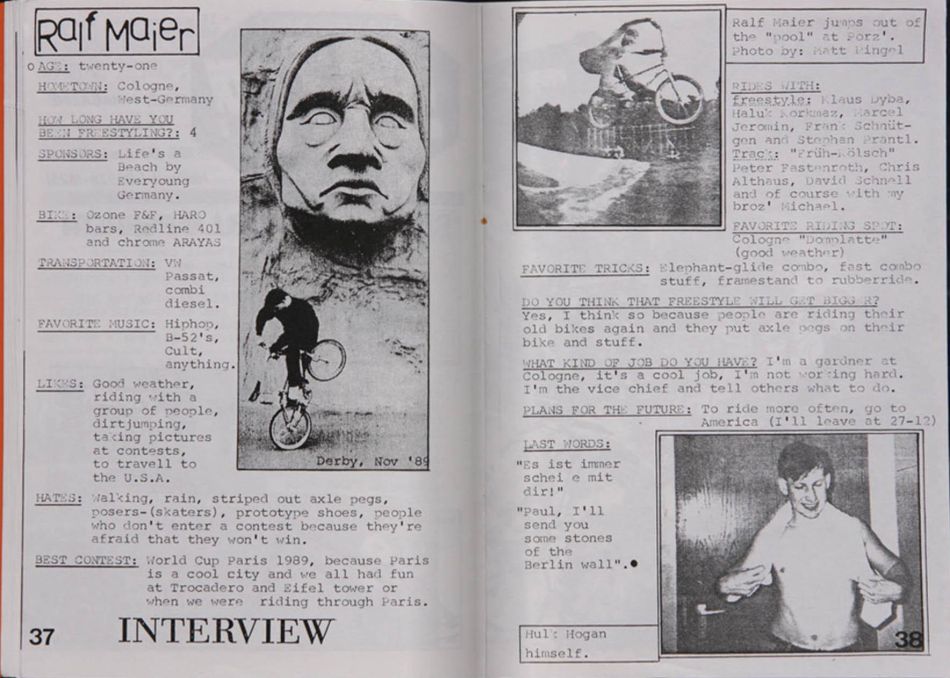