The first round will be held at the Juan Carlos I Auditorium in Madrid, Spain, organized by the very experienced event organizer Last Lap (organizer of Red Bull X-Fighters and multiple Mountain Bike World Cup events). The BMX Supercross event will be accompanied by a Red Bull BMX
Freestyle show and exhibitions, promising an action packed event in front of 6.000 spectators. Please visit official website; www.bmxmadrid.com 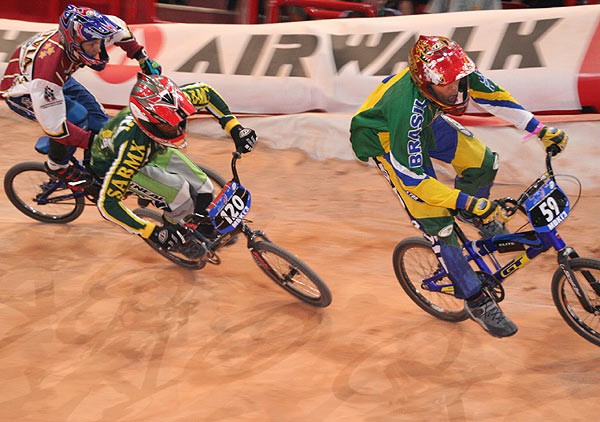 The second round of the BMX Supercross World Cup will be the test event for the 2008 Olympic Games, on the actual Olympic BMX track. This will be the only time riders will be able to ride the Olympic track prior to the Olympic Games in August 2008. The 2nd round will also see the introduction of a Women class (open class Elite Women/Junior Women) in the BMX Supercross World Cup

The final round of the 2007 UCI BMX Supercross will once again be held in Fréjus, France in conjunction with the Roc d’Azur Festival, 12-13 October 2007. With a very successful BMX Supercross last year in front of 10’000 visitors, it will this year be even more exciting being scheduled in the evening under lights.

Information on the 3rd round will soon be published on the UCI website. For more information please visit www.uci.ch 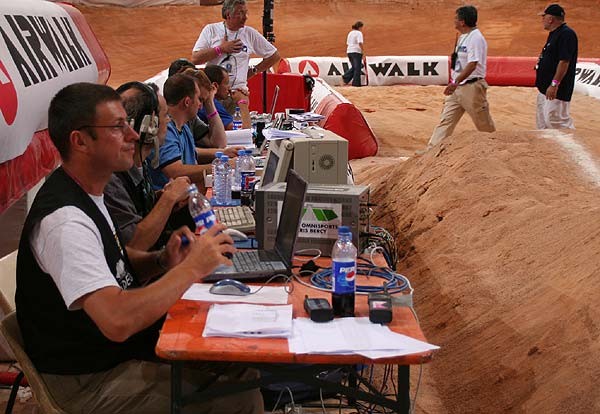 -UCI BMX RANKING. The 2006/2007 ranking is already getting interesting, with the season already are going in full speed in the Latin America and Oceania. To view the latest individual ranking (dated 31.01.07) click here. 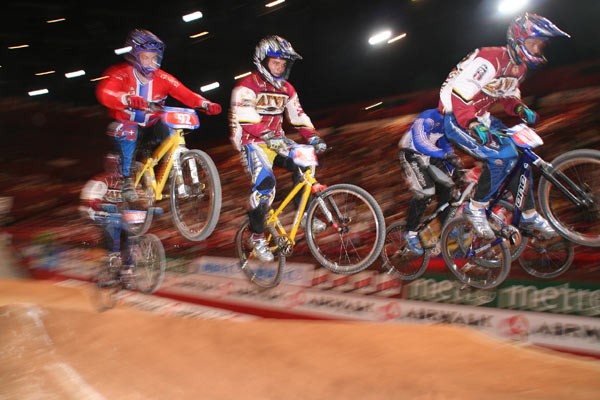 
-2007 UCI BMX WORLD CHAMPIONSHIPS IN VICTORIA, CANADA The preparation work is ongoing and has hit the next gear, with the 2007 UCI BMX World Championships that will be held at the Juan de Fuca Recreation Centre in the Westshore Community in Greater Victoria. The UCI Supervising committee visited Victoria in the end of January, and is very pleased with the preparation done by the Organizing Committee.

An international event on the World Championship track is scheduled for 26th May 2007.

The official World Championships website has already been launched and contains all necessary information such as accommodation, travel and pretty much everything else you need to know. Please visit; www.bmxworlds2007.com

-UCI INTRODUCING NEW RULES The UCI is currently working on a new format of the BMX chapter in the UCI rule book, which will be launched in August 2007. Meanwhile, UCI will introduce special procedures for the season 2007, which will be additional rules to the existing rule book. Please visit www.uci.ch 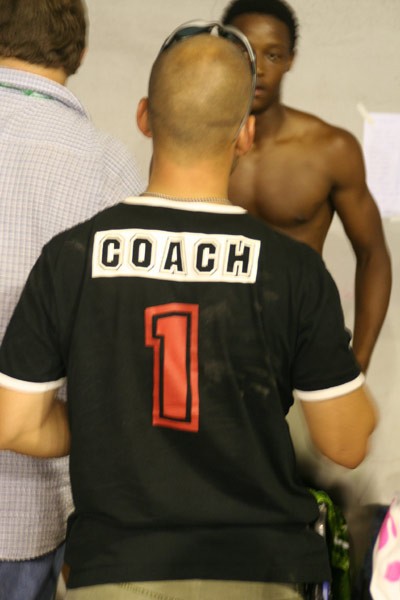 -2007 UCI HIGH-LEVEL TRAINING The UCI intend to host yet another BMX high-level training camp at the World Cycling Centre in Aigle, Switzerland in 2007. Two training sessions will be held. The first session 16 April-23 July 2007 is aimed to athletes already competing on a high level. The second session will be held 3 September-October 2007, and will be development training for less experienced athletes.

The athletes will follow a training program especially created by Coach Hervé Krebs from Switzerland. As a former champion and responsible for the UCI training in the last few years, Hervé Krebs will be in charge of the BMX athletes program, giving young athletes a great opportunity to develop their skills.

-UCI CREATING OLYMPIC TRAINING FACILITY In March 2007, the UCI will reconstruct the existing BMX track at the UCI headquarters (Aigle, Switzerland), to an replica of the Olympic BMX track. This will create the perfect training facility for National Teams and athletesfacility leading up to the Games. The track will feature the exact same start ramp and layout as the Olympic Track. The track will be finalized on April 15, 2007. Teams wishing to book the facility, please contact UCI on This email address is being protected from spambots. You need JavaScript enabled to view it. . To view the UCI headquarters website, please visit; www.cmc-aigle.ch

-NEW BMX COMMISSION AND STAFF MEMBERS The UCI are pleased to welcome Mr. Roger Rinderknecht (Switzerland) as a new member of the UCI BMX Commission. Roger is an active elite rider both in BMX and Mountain Bike 4X with numerous titles, such as; 6 time Swiss BMX Champion, 2003 European Elite Cruiser Champion. Roger placed 4th in last years UCI Mountain Bike 4X World Cup. Roger’s knowledge as an active elite rider will be a great asset to the UCI BMX Commission.

UCI also welcomes latest staff member, Mr. Mats Notlind (Sweden) to the UCI BMX department. Mr. Notlind, with many years of experience in action sports event management, is thrilled to be a part of UCI. “It’s such exciting times for BMX with the upcoming Olympic Games, and it is an honor to be a part of it” says Mats. Mats, who have also been involved in the management of several sailing teams in the (around-the-world) Volvo Ocean Race, will certainly contribute in many ways to BMX in years to come.

The DVD’s costs app. US$25/€20 and will be pre-released on www.bmxmania.com. For distributors interested to sell these DVD’s, please contact UCI; This email address is being protected from spambots. You need JavaScript enabled to view it.