Tim Dinger has been tearing up the NBL Elite Master's class as of late, scoring a ton of great finishes so far in '07. Those of you who know Tim, know that he is definitely a character as well being an outstanding talent on a bike. He's seemingly been on the podium all year and sitting third in the standings behind Rupe and Carnes certainly reflects that.
Look for Tim to represent Formula on his Solution Pro Plus on the East Coast and select mid-west and western races as well as the UCI Worlds in Canada this summer.

Andre Norles has been a staple of the mid-west BMX scene since he was just a small grom. Nowadays he's battling it out in perhaps the sport's toughest class, 13 Expert. He's been rocking the Formula frame for over a year now and with consistent podium finishes, Formula felt the time was right for Andre to step up to the Factory Team. Currently in the NAG #7 position, look for Norles to move up the ladder by hitting up the bigger west coast ABA races. Andre's first race for the Formula/Monster/Fly team will be ABA Roseville next weekend.

Sadly, Formula has decided to part ways with Lahsaan Kobza. Kobza has been a great representative, but it seemed like he and the team were moving in different directions and management pulled the trigger. It was a difficult decision, and he will be missed, but Lahsaan is a great rider and will land on his feet quickly. 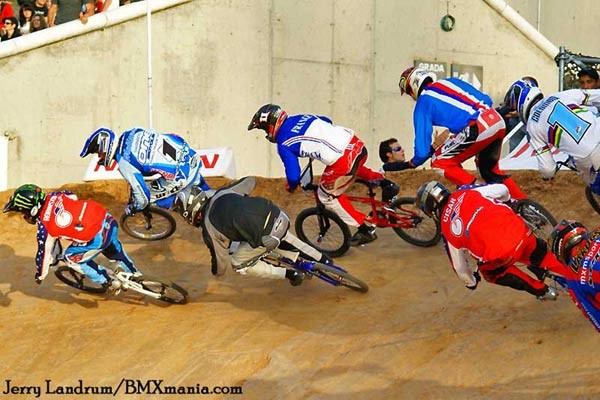 FORMULA INTRODUCES NEW MYSPACE PAGE; RIDER JOURNAL PAGES ADDED
Formula introduces it's new Myspace page to give fans and customers a chance to interact with their favorite Formula riders and get the scoop on what's going down with Formula. Also, all Formula team riders will contribute to the Rider Journal exclusively on the Formula Myspace page. In this journal, the riders - everyone from dR Donny Robinson, Jason Rogers, Lee Lewis, to Arielle Martin - will set you straight on what's going on in their world. The first one is up right now, with dR letting you know what went down at the first 2007 UCI Supercross race in Spain. Here's an excerpt:

"These trips are always good times because you get to know the real people behind the bike and for sure we are all better people away from the pressures of the track. I stayed with Randy " Not funny" Stumpfhauser and Jason "That's what she said" Rogers and we had a blast. Team USA went 12 deep I believe on this trip and we had great times missing subway trains, eating Chicken Pesto and doing filmed sprint sessions with Coach "G". "

Check out the rest at www.myspace.com/formulabicylecompany and feel free to hit up any of your favorite Formula / Monster / Fly riders.

More in this category: « NBL Freedom National Elite class results, Woodbridge, Virginia, USA. Brand new for 2007, Suzuki is the Official Motorcycle and ATV of the ABA. »
back to top