FACTORY FORMULA ROLLS THE DICE IN VEGAS, COMES UP BIG 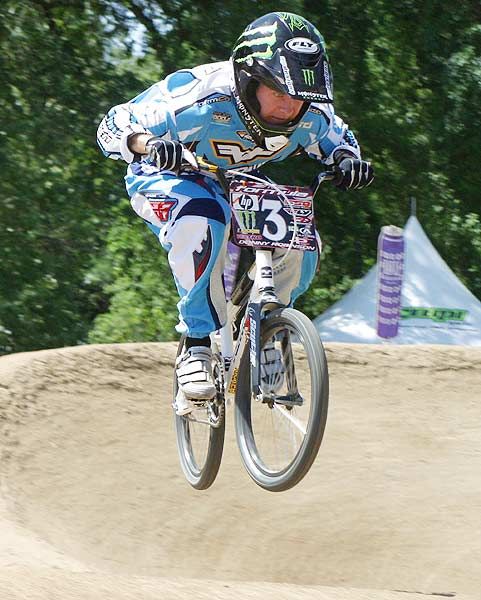 Factory Formula Bicycles / Monster Energy / Fly Racing rolled into the ABA’s Las Vegas Nationals ready to try their luck at the ABA’s biggest national in a long while. US National Champ dR Donny Robinson, ABA National #1 Pro Woman Alise Post, A Pro Warren McDow, NAG #1 18 Expert Lee Lewis, and 13 Expert Chad Kerley all had their Solution frames set on “kill”. With such a stout roster of talent in attendance, the team also decided to put in it’s first Factory Team Sheet for the year. The stage was set for a good ‘ole wild west shootout.

Donny Robinson – AA Pro – Solution Pro – Donny hasn’t done a whole lot of ABA this season, concentrating more on the UCI races. Donny wants that Olympic Gold medal bad. Saturday, dR ran well through motos, but got caught up in a first turn crash in Semi’s and didn’t make the main.
You know dR wasn’t a happy camper at dinner on Saturday night. Come Sunday, you know you can’t count Donny out two days in a row. dR had a crazy battle with Kyle Bennett, held him off in the second go-around in a photo finish, and just flat-out won the third main for the top spot on the podium. 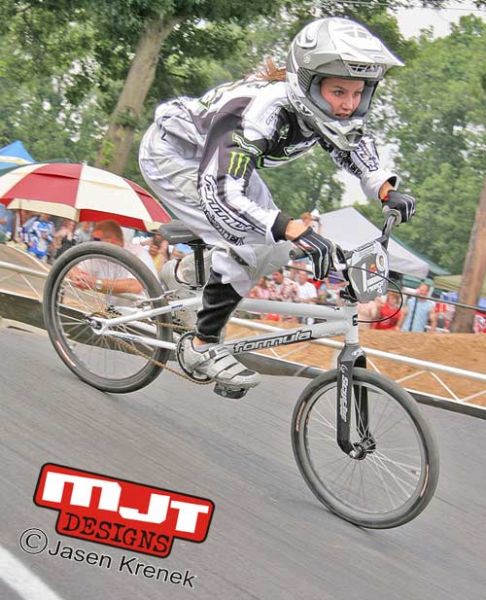 Alise Post – Women’s Pro – Solution Pro Minus Hybrid – Alise had some troubles in turn one on Saturday as well, getting pushed over the turn from about 15 feet up to flat bottom concrete. Ouch. She showed why she’s the champ in the next two rounds, winning both easily. She finished up with an uncharacteristic second place on Saturday. Just like dR, you can’t count out the Champ two days in a row; she mad eit look easy winning all three mains on her way to yet another win for the year. Alise is well out in front of the pack on her way to a repeat as the National #1 Women’s Pro.

Warren McDow – A Pro – Solution Pro Plus – Warren made the trip from the east coast, missing flights along the way, and rolled into Vegas late Friday night. Saturday, McDow was still feeling the rust and came away with a 6th place for his efforts. Sunday was a different story, as McDow battled with Joe Sowers and found himself in second place when the dust settled.

Lee Lewis – 18 Expert – Solution Pro – Lee had the biggest class of the weekend with 9 racks of 17-18 Experts. Unfortunately, he did not capitalize on the points either day, unclipping in his semi on Saturday and not making the main, and getting the worst gate in the history of BMX on Sunday. He did battle back all the way to second place after a first turn pack crash, but got passed at the line and settled for third. He did manage a 17-24 open win on Sunday. Yay Lee.

Chad Kerley – 13 Expert – Solution Expert Plus – Chad decided to un-retire 3 weeks before this race and went to work trying to get ready. He actually didn’t do too badly with only three weeks preparation. Chad nabbed two 5ths in class and a 6th in Open on Saturday. Let’s see if Chad decides to make another race before the year is out.

FACTORY TEAM SHEET – With only five riders in attendance, the team sheets didn’t have too many options. But with the roster that Formula has, they thought they would give it a go. Saturday was wiped out with dR and Lee Lewis not making their mains, but Sunday was a great day for the team. Formula nabbed an impressive 3rd place in Factory Team competition, without the football-team sized roster.

Next up: UCI Worlds. dR Donny, Alise Post, Tim Dinger, and Lee Lewis are all going up for the biggest race of the year.