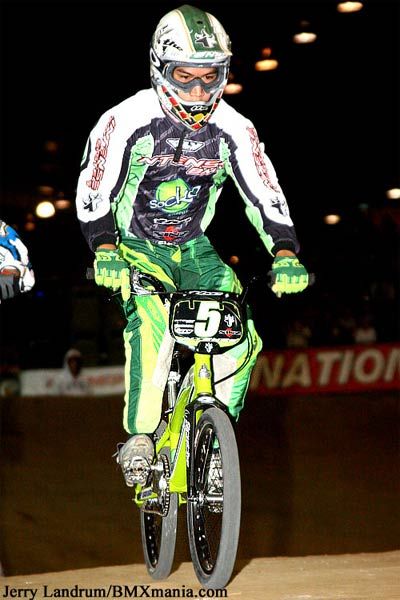 Intense BMX AA Pro Danny Caluag went into the ABA Grands with a chance to make history, as he lead the chase for the ABA #1 Pro Title in both AA Pro and Pro Cruiser. When the ABA Grands were over, Danny walked away with both the AA Pro and Pro Cruiser #1 Pro titles. This was the first time in the history of the ABA for one Pro to win both titles in the same season. Intense BMX didn't stop there with the titles, as we had a history making weekend at the ABA Grands. Intense wound up winning more titles than any other BMX company in the history of the ABA. 2007 will be remembered the year of Intense BMX.

More in this category: « Redline report of the ABA Grands 2007 ABA Grands wrap up. Jerry Landrum photo. »
back to top