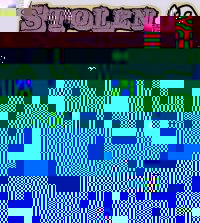 Stolen Crank Warranty: Seeing as they have had such great success with their cranks, Stolen has extended their crank arm warranty to 2 years from the date of purchase.

For a Stolen Sticker Pack send $3.00 to the below address. We will also throw in a 2007 Stolen BMX catalog for free!

More in this category: « The first issue of RIDE BMX of 2007 Freedom magazin number 72. »
back to top