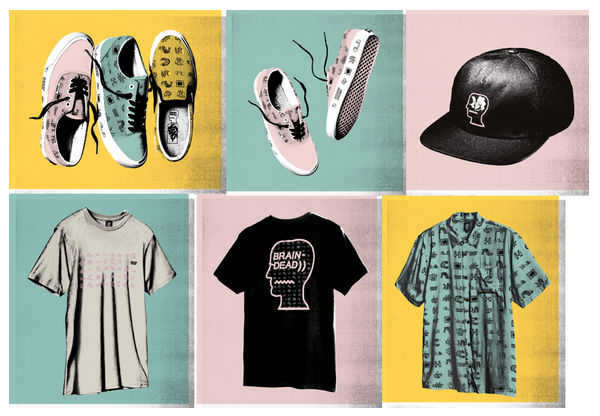 This summer, Vault by Vans collaborates with Brain Dead, a creative collective of artists, musicians and designers from all over the world, to create a nine-piece capsule collection inspired by the spirit of subculture. The collection presents unique iterations of Vans classic footwear, apparel and accessories in faded shades of pink, green and yellow with custom hieroglyphic designs. Founded by Kyle Ng and Ed Davis, Brain Dead has quickly emerged into the coveted upper echelon of streetwear fashion, describing itself as “not one person, nor is it one idea; it sits in the space between people.”

This mentality is prominent throughout the collection, emphasizing a disruptive aesthetic across Vans 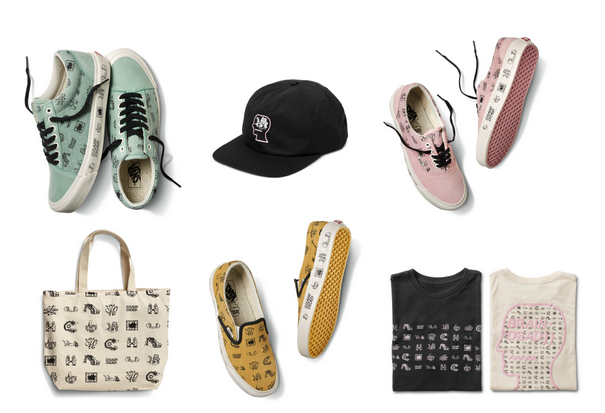 The Vault by Vans x Brain Dead collection retails from $43 to $138 USD and launches globally on June 24, 2017 at select Vault accounts. Learn more about this specialproject at www.vans.com/vault.