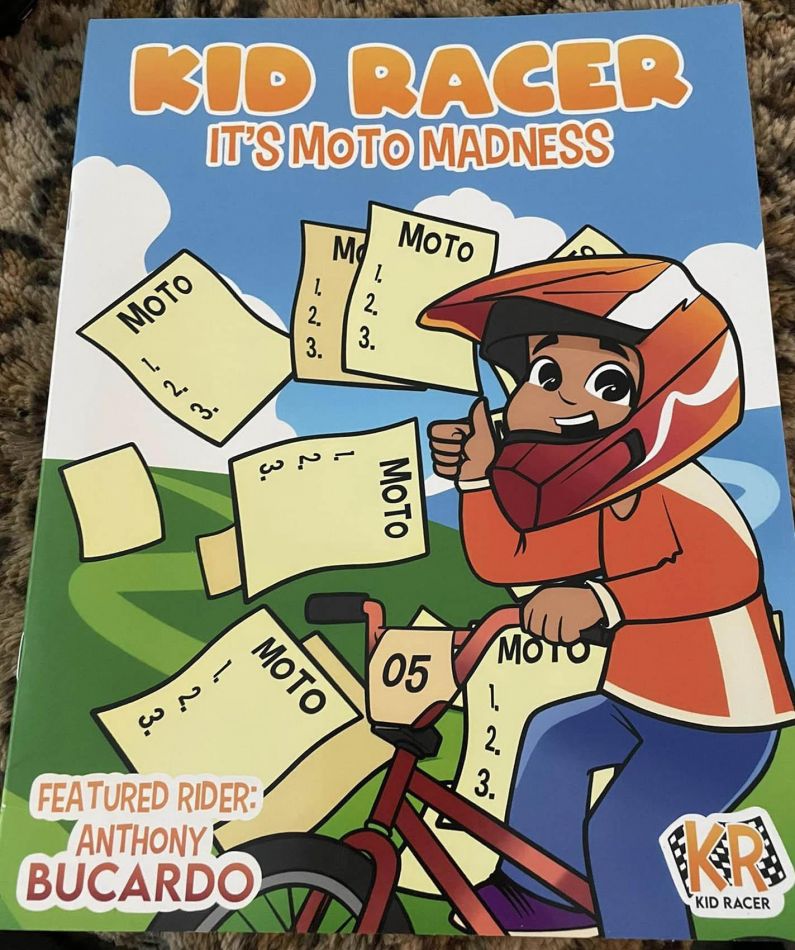 A coloring book, how did that come about?
Anthony Bucardo: I’ve always loved cartoons, coloring and when I started doing the cartoon stickers of myself I wanted to figure a way to make it into a coloring book, over time was just busy with the races back to back and figuring things out, Anthony and I actually got in touch and he just finished a run of his coloring book series he just started, and we came up with an game plan and made it happen!

Do you have any idea why they had you in mind as the main character?
Anthony Bucardo: I think just me being connected with the kids, and just being who I am.

As a kid, were you into drawing?
Anthony Bucardo: Yes 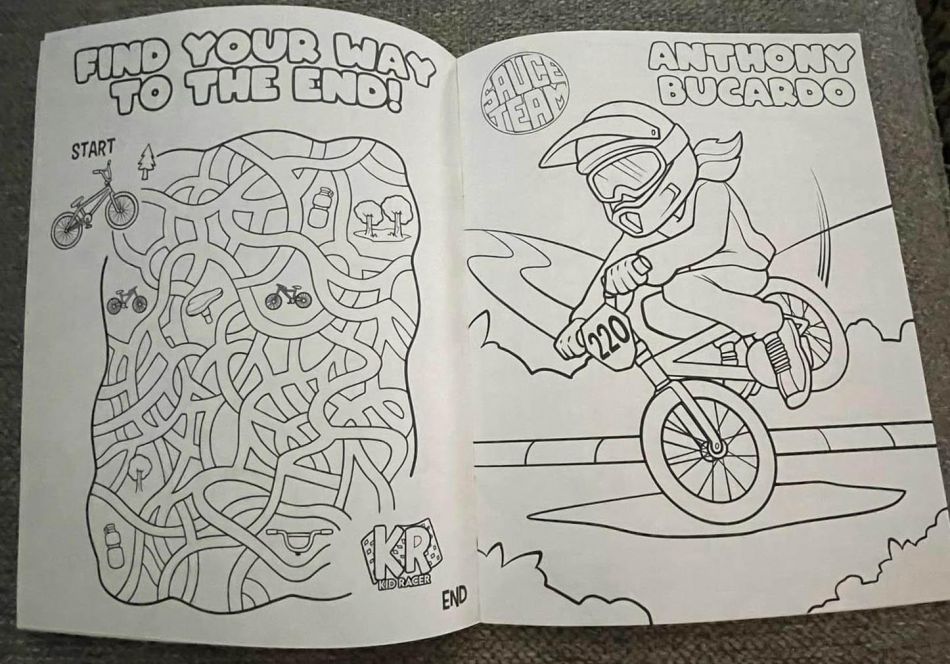 The book has been around for a little bit. Have kids contacted you showing the finished result?
Anthony Bucardo: I haven’t got a picture of the final result yet, after I bring a big stack to the USABMX Grands and sell more I’ll do a challenge after Grands for a best one done. 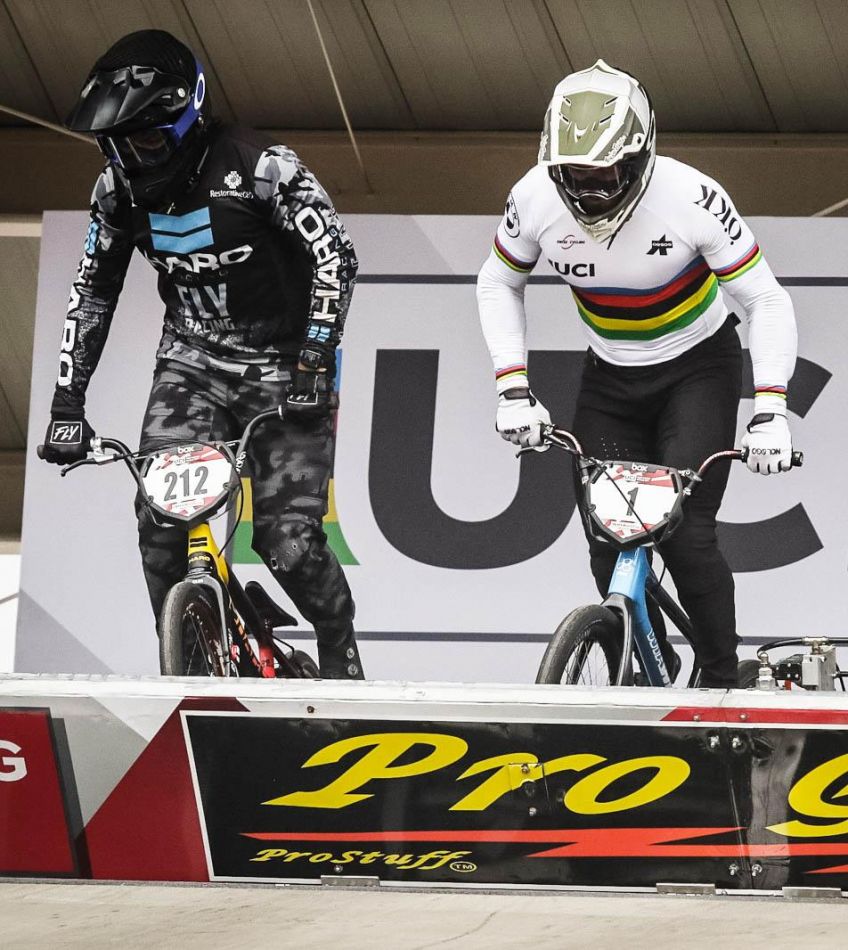 What do you want people to learn from it?
Anthony Bucardo: I just want people to know BMX can be fun, and just learn about the scenarios that are in the book because it will help with racing.

Have you always been into art? Who are some of your favourite artists?
Anthony Bucardo: I’ve been into art but I wouldn’t say I have a fursure favorite artist.

Is the colouring book an existing concept that is also used for other sports?
Anthony Bucardo: Yeah I think a few, a lot of sports have different fan bases, but as for BMX racing ours is mostly kid based so a coloring book is good. 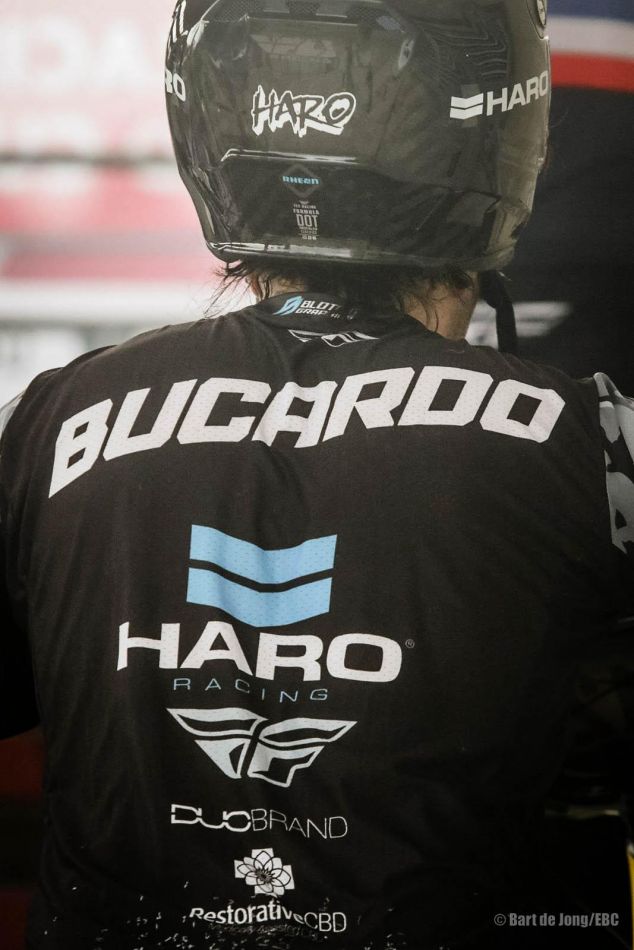 Do you have a feeling it gets people into BMX or is it for BMX-ers specifically?
Anthony Bucardo: It can for sure, depends if you’re just wanted to color or color it because you want to see and learn about BMX. Either way I think it would give you an itch to see what’s it about.

Have schools contacted you for copies?
Anthony Bucardo: Not yet, I plan on getting it more advertised and get more bigger than it is.

Do you have any plans for another book?
Anthony Bucardo: I definitely do, I want to do different ones. Also want to write an actual book about my life and some other stuff someday.

Do you always bring a couple of books with you to the races or where can people find it?
Anthony Bucardo: Now I will after Grands! For now you can order from me or Kid Racer BMX on Instagram! 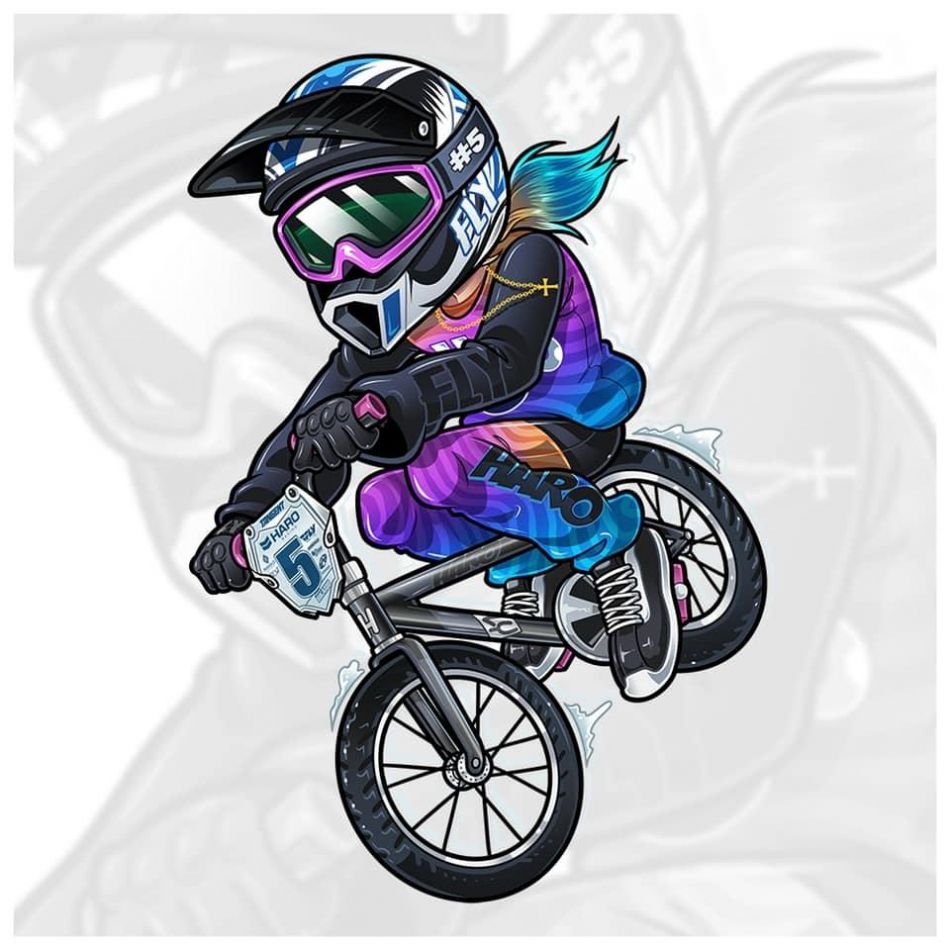 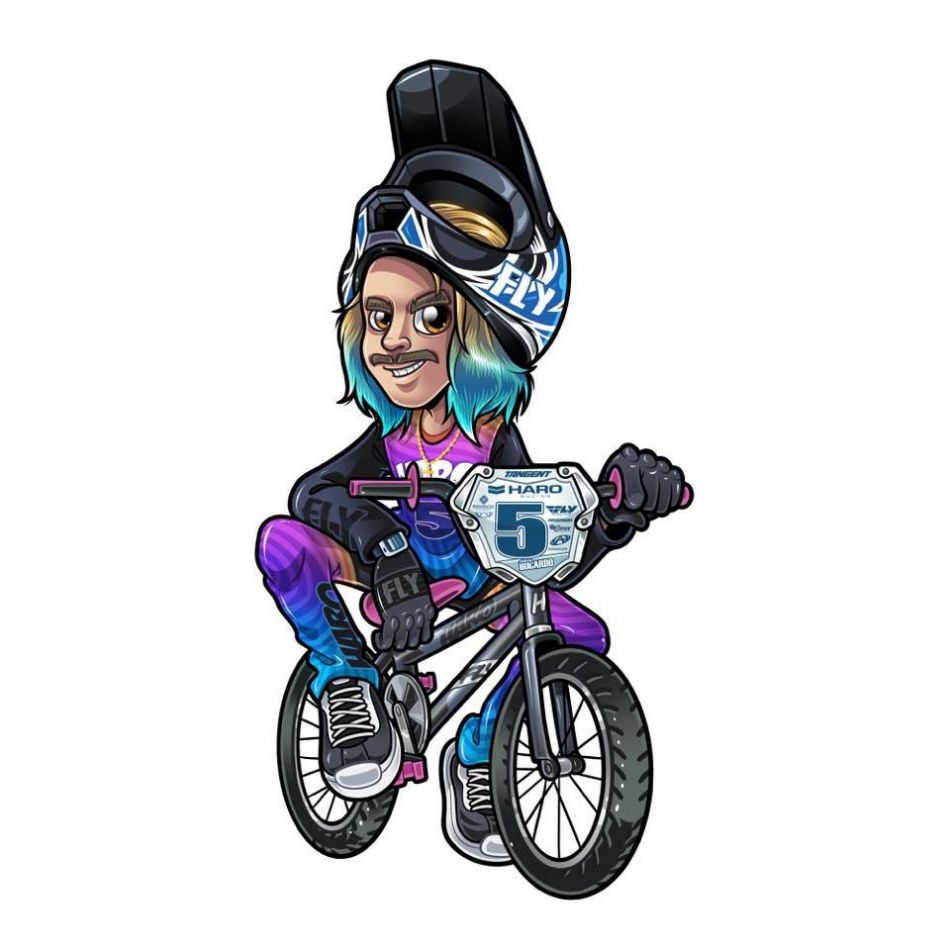