The journey that saw BMXing enter the Olympics 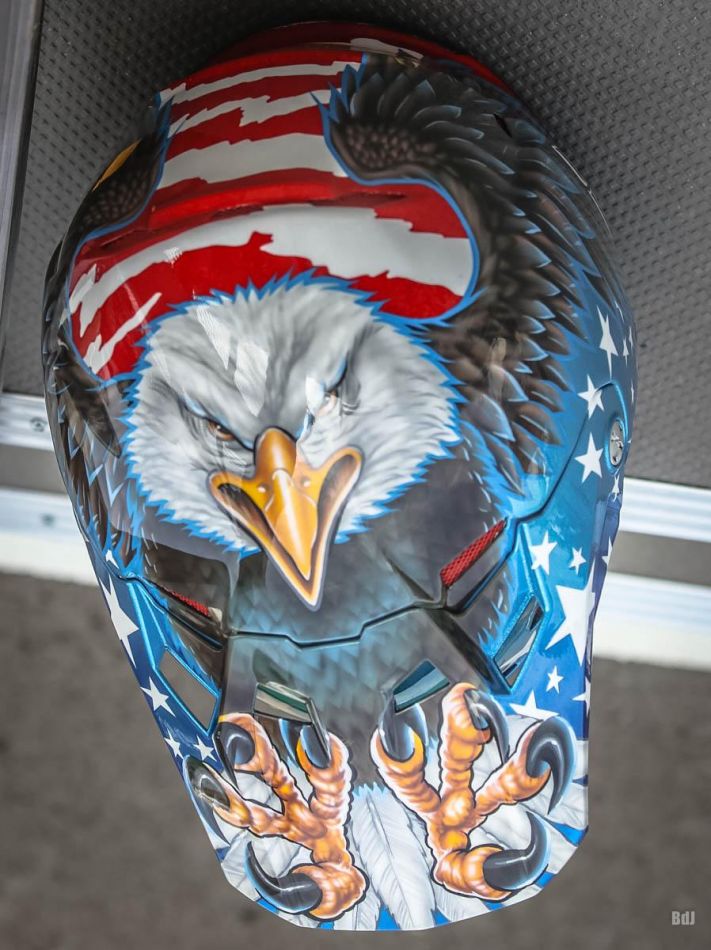 BMXing is one of the newest sports at the Olympics, being contested for the first time at Beijing 2008. It is one of the most high-octane spectacles at the legendary Games, with riders either competing against each other in terms of speed or tricks. BMXing was written off as a non-serious “extreme” sport for a long time, so its eventual inclusion generated great excitement worldwide. Sports bettors have also taken to Olympic BMXing due to its fast-paced nature, where winners and losers can change places in a heartbeat. It’s not the most common sport for betting sites to include, so make sure you play at the best. Reading reviews is a great way to find the leading platforms, and one of the top examples is BetVictor Canada.

But before you place a wager, have you ever wondered how BMXing got to the Olympic Games in the first place? Stay with us for the story!

BMX’s journey to becoming an Olympic sport
BMXing was originally a way for kids to emulate their motocross heroes – albeit on a vehicle without an engine. It originated in California as a racing sport before spreading across the US in the 1970s. Contestants race on bicycles that are generally smaller than usual, with wider handlebars.

There are commonly small jumps and other obstacles to navigate. 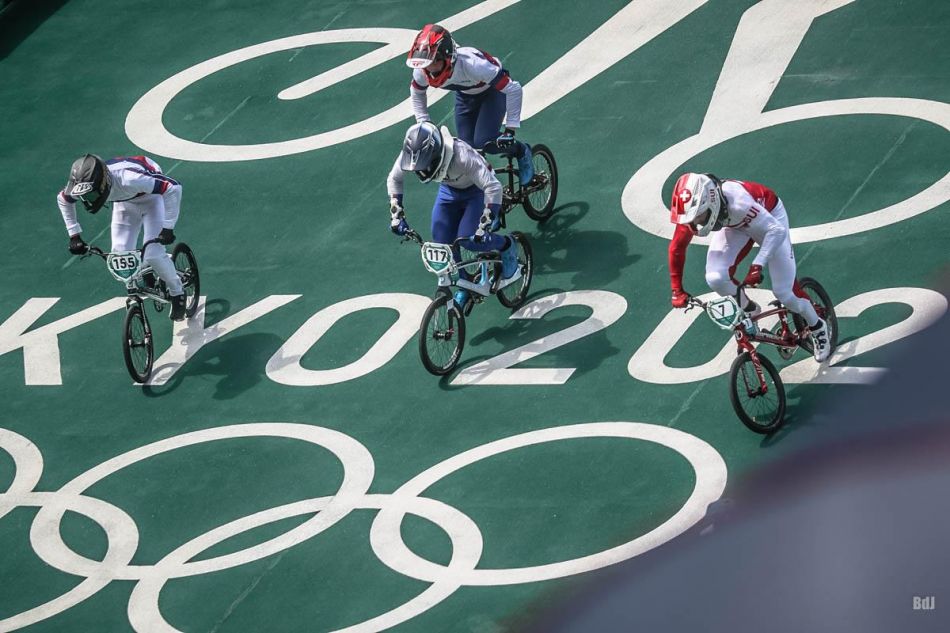 The International BMX Federation was established in 1981, vastly increasing the credibility of the sport. An inaugural 1982 BMX World Championships followed before it was integrated into the Union Cycliste Internationale in 1993.

This very much set the scene for a considerable BMX popularity boom, with events like the Japanese BMX Racing National Championships running worldwide.

When did BMX enter the Olympics?
The stage was set for BMX to enter the Olympics after becoming an official member of the cycling world governing body. Fans and riders would, however, have to wait a decade until it was formally given Olympic status in 2003. It wasn’t on the schedule at Athens 2004, first entering the fray at Beijing 2008 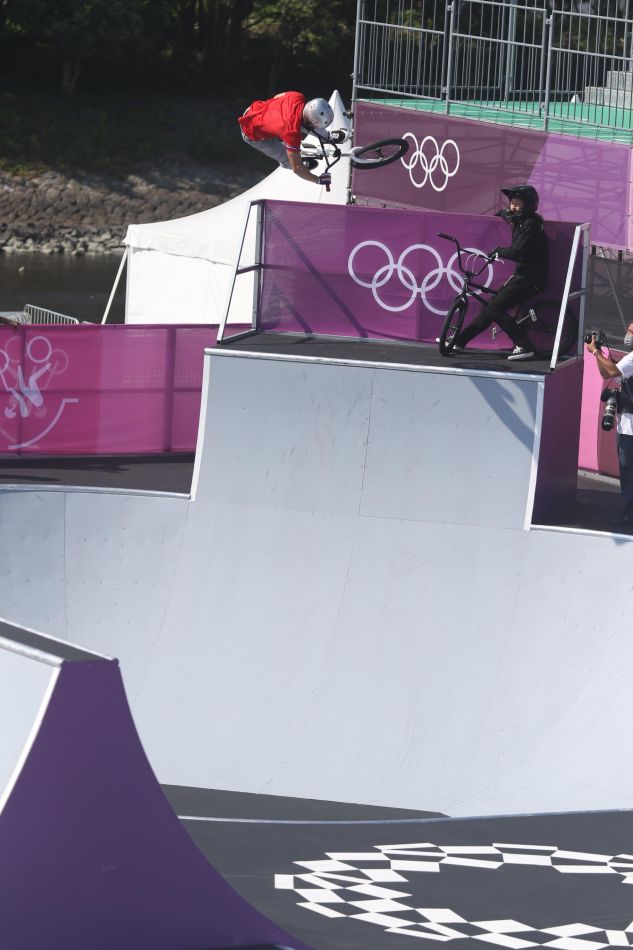 . The BMX Racing event generated considerable enthusiasm at the Chinese Olympics. Māris Štrombergs of Latvia picked up the gold, with Americans Mike Day and Donny Robinson making up the rest of the podium. In the women’s event, Anne-Caroline Chausson won gold, with Laëtitia Le Corguillé and Jill Kintner taking silver and bronze, respectively.

Tokyo 2020: the addition of freestyle
BMX grew steadily in popularity at the 2008, 2012 and 2016 Olympic Games. Its popularity was at a peak by the time the delayed 2020 edition came around, so much so that a new category was added. The Tokyo 2020 BMX Freestyle competition was the first of its kind, pitting riders against each other in a battle of flair, skill and bravery.

The Australian Logan Martin got his hands on the gold medal after hitting a 93.30 score. Team GB’s Charlotte Worthington narrowly beat the USA’s Hannah Robert in a tense finale on the women’s side.

What does the future hold for BMX?
The future looks bright for BMXing. All eyes are on Paris 2024 after the sport’s significant success and popularity at the last few Olympics. 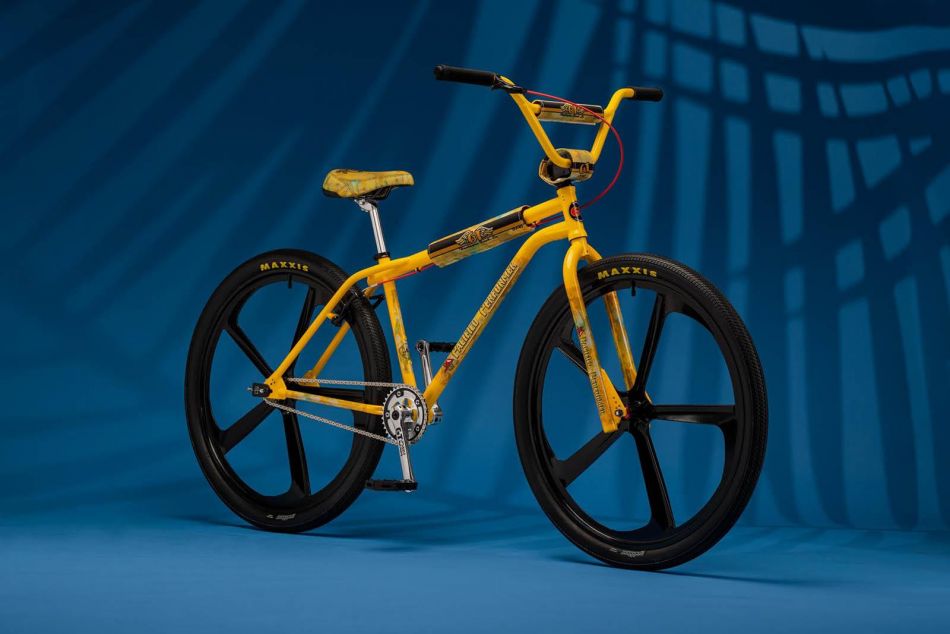 The Pacifico Performer by GT is for folks that are stoked on the outdoors. People who throw a leg over a GT and grab a Pacifico at the end of a ride are full of life, energetic and drawn to brands who left them define their own individual forms of expression. These piece value acceptance, discovery, and enjoying new things. GT and Pacifico celebrate the independent spirit – GT calls it Good Times, and Pacifico calls living life Anchors Up!

The bike is built to celebrate our shared heritage. It’s a limited edition bikes that blends both brands iconic yellow and includes several special touches. The bike is available for sale here The bike will retail for $1,015 USD, and once it is gone, it’s gone! 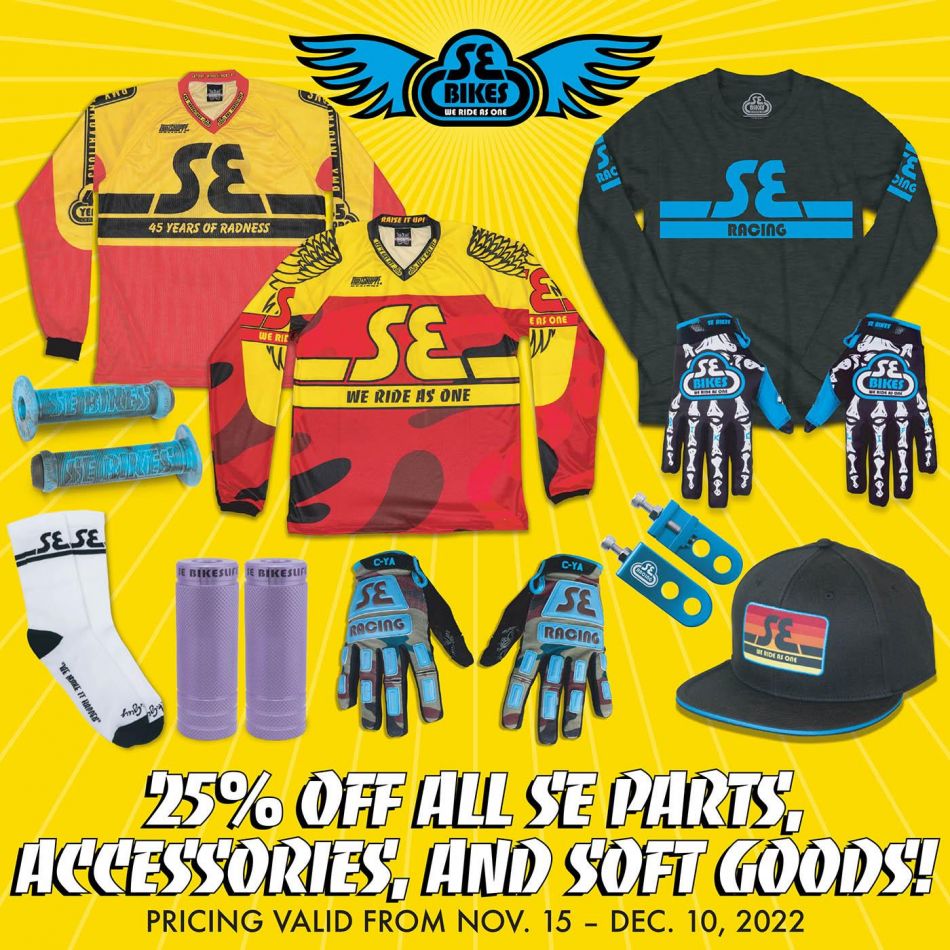 Here’s a deal you don’t want to miss! From November 15 to December 10, all SE parts, accessories, and soft goods are 25% off at SEBIKES.com.

That means that now is the perfect time to get an SE seat, grips, pegs, jerseys, hats, gloves—you name it!

If you’re holiday shopping for a loved one or buying some gear for yourself, now is the time to stock up!

YOU SAVE, SE SHIPS! 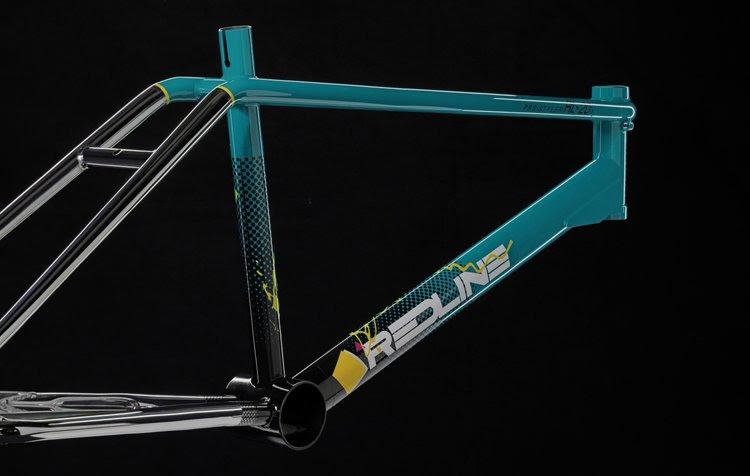 The final mid-80s RL 20 II batch (1984 – 1986) launched in September will close for preorder at 10:00 PM PST on Monday, November 14th. Although we have eroded confidence in this market with the longer-than-anticipated delivery of the first RL 20 II batch, we are resolute in our decision to produce this final run to order and in a range of colors and model years based on the requests we have received since the 2020 launch. Our motivation is to create what you want and whatever you order, we will manufacture. In addition, we will make a small number of additional packages in the new colors. If you are on the fence and have a specific color / year option in mind, this is the time to decide. This selection will not be reproduced.

Back and better than ever - the etnies 2022 Winterized Collection is released just in time for the chilly winter months ahead. The line features four durable and weather-resistant footwear styles; the new Jones MTW, Jameson HTW, Jefferson MTW and the Scout Slipper. All designed and engineered to keep feet warm and dry for the seasonal adventures that lie ahead. The Jameson HTW, the Jones MTW and the Jefferson MTW each feature a thermal heat retention aluminum stroble board. These styles’ gusseted tongues and water-resistant treated uppers provide extra protection by 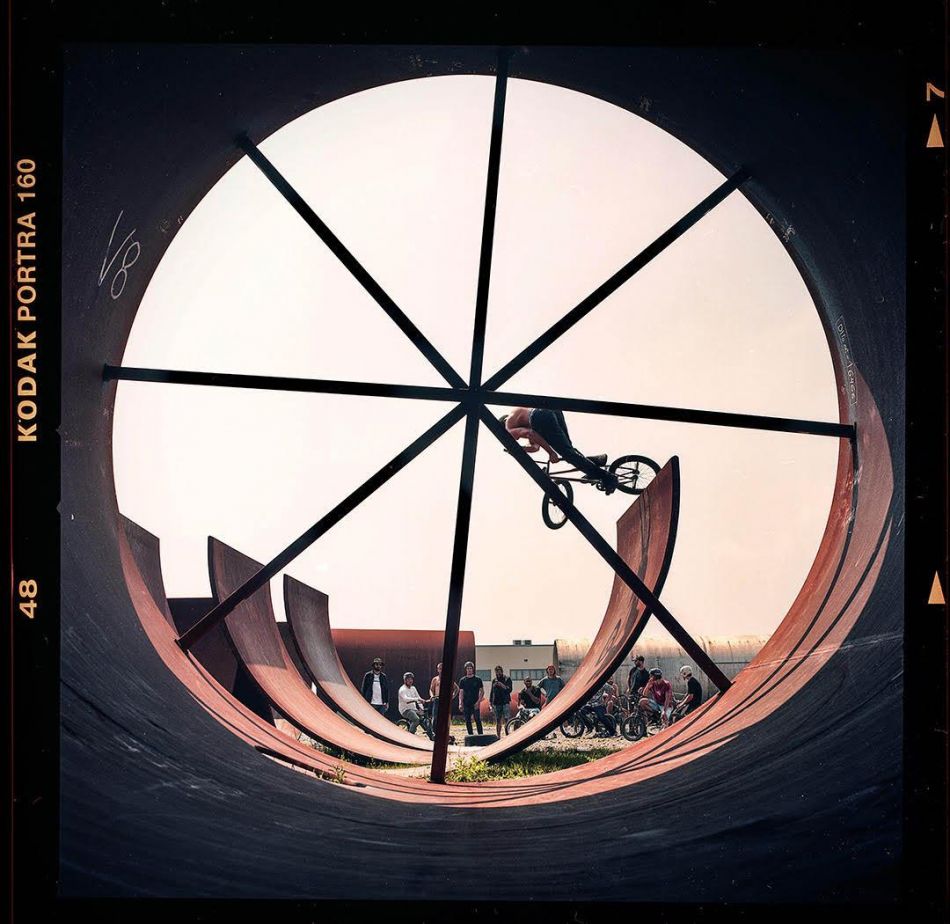 Vans, the original action sports footwear and apparel brand, is excited to announce Vans The Circle – a 100% digital street video competition – is back for a third year. First introduced on a European level in 2020, the online competition gave BMX shops across Europe the chance to film a team edit, celebrating their riders and the local communities. Four international guests have now joined the European crew and will all compete to win a share of the €20,000 prize pot.

The concept remains the same. Each invited shop receives a budget to help cover the costs of filming and editing their team video. Then they have a few months to pull together an edit worthy of the top prizes.

They will be judged on criteria such as creativity, style and inclusivity by a brand-new panel of BMX legends, including Kevin Peraza, Greg Illingworth, Linda Grabner, Calvin Kosovich and Marcus Wilke. 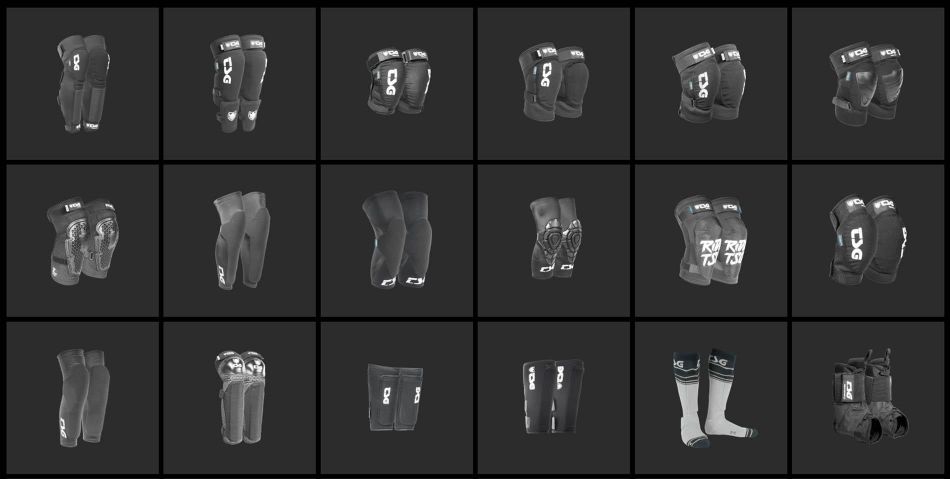 Getting a pedal to the shin or hitting your knee on the stem is something we have all experienced. It hurts and it sucks. At these moments you will tell yourself you should have worn some protection gear. The time is now to give in on your stubborness. Give yourself a moment to study the TSG Bike protection line and we're positive you will find the right pads to avoid these painful moments. From slim pads that fit underneath your skinniest pants to more protection on the slightly bulkier knee and shin pads that simply provide better protection on bigger slams or hits on the stem. The choice is gigantic and whatever you pick, it'll be money well spent.

Our Legends Presents . . . Mongoose (by Vans) 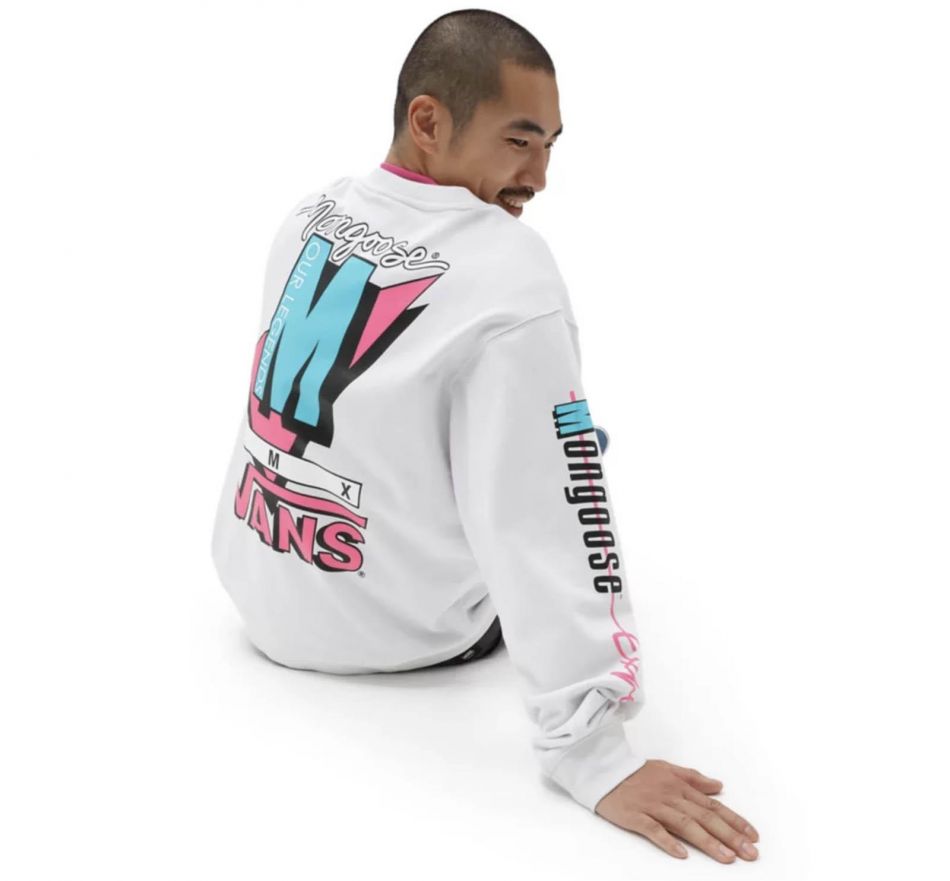 Vans and Our Legends partner to bring you a collection showcasing the heritage and evolution of BMX innovator Mongoose. Featuring 70s bike graphics and stickers, 80s Americana jerseys, and colorful Mongoose Expert graphics from the 90s, this collection represents three decades in Mongoose’s rich history as innovators in BMX. Channeling that iconic retro aesthetic, the Our Legends Fleece Crew features a mix of logo graphics at the chest, back, and right sleeve for style that stands the test of time. This pullover crewneck sweatshirt is made with a soft French terry blend and a vintage wash for a timeless look. 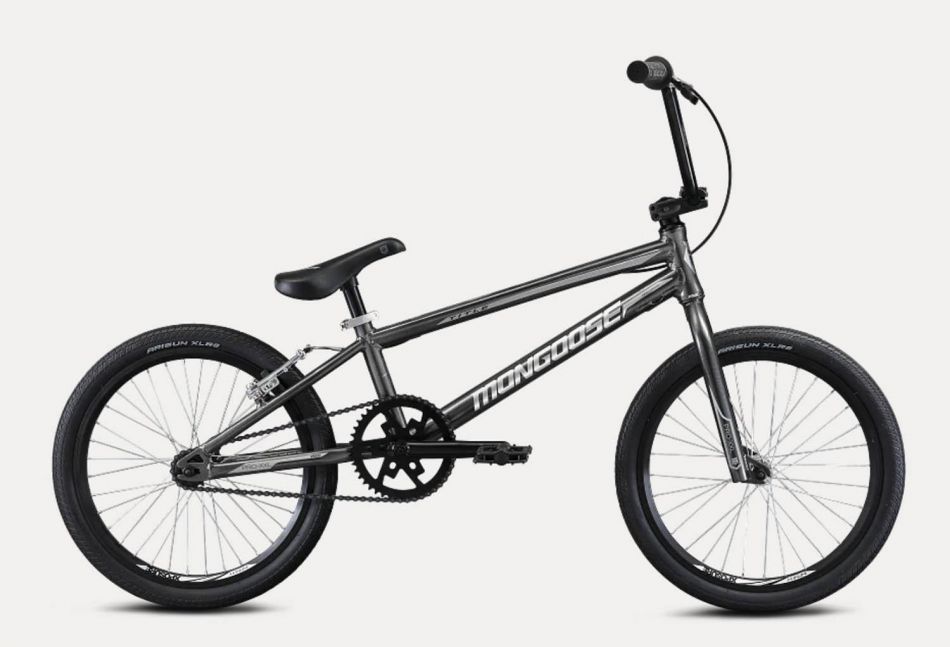 The new Mongoose Title Series completes are perfect for a wide range of ages and experience levels. Featuring a fresh new black paint job – charcoal to be exact – the Title series are proven winners around the globe. Get your hands on a new Title complete in time for Grands! Mongoose was born from BMX racing with products that push the limits of what a rider can do on the track. Our latest line of BMX-style race bikes, the Title series, have been designed using that same race pedigree. Designed for beginner-level riders, the Mongoose Title Pro XXL gives you a trophy-worthy bike at an amazingly affordable price!

METAVERSE : FISE is expanding its horizons 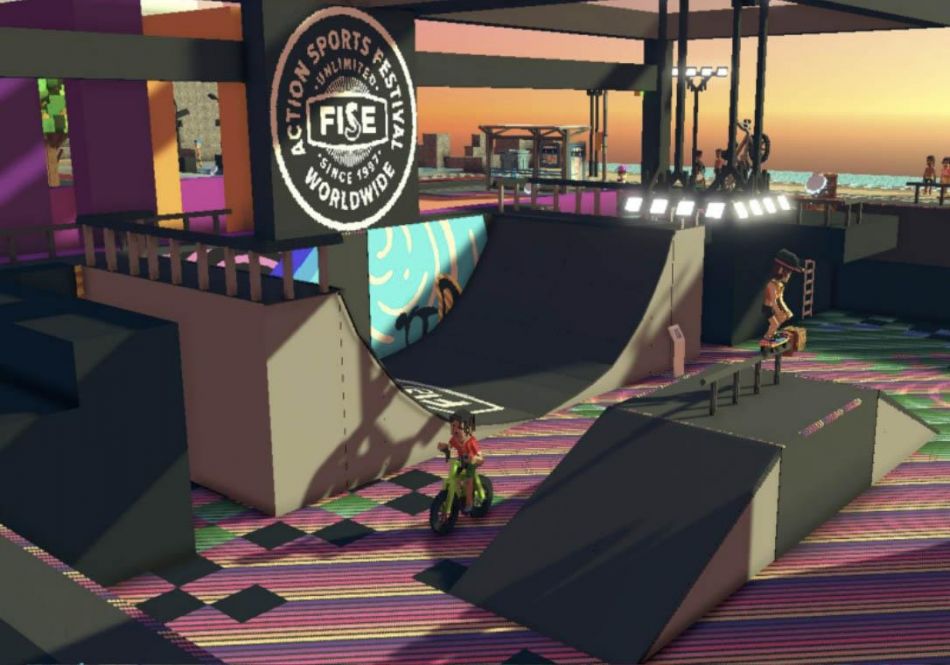 FISE & HERMIT CRAB GAME STUDIO are bringing action sports to the metaverse through The Sandbox. From October 30, a FISE Zone will appear in the third season of The Sandbox, a World metaverse reference. The FISE experience will be available on Sportsland, a Brazilian lifestyle “universe” developed by Hermit Crab Game Studio. In this virtual world, players can create, own and monetize their gaming experiences in the Ethereum Blockchain. As in its physical festival, this virtual place will be dedicated to action sports with Skateboarding, BMX and Parkour.

Hurricane Group, the FISE events organizer, is starting a collaboration with Hermit Crab Game Studio, a Brazilian company that specialized in developing and publishing games for mobile platforms, cloud