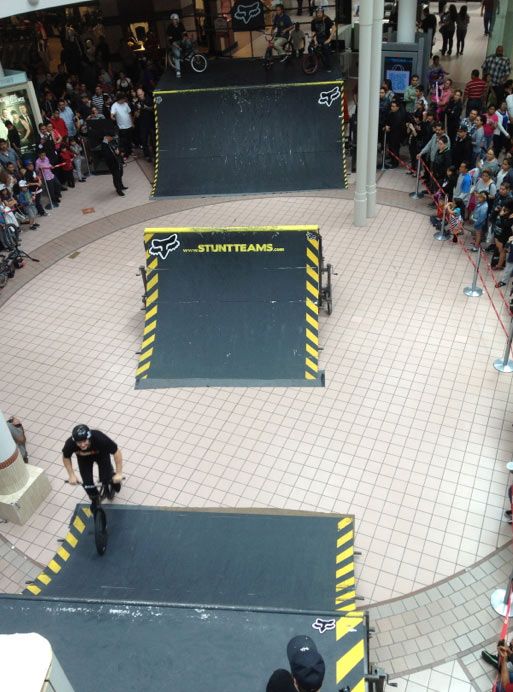 Southcoast plaza was around the corner from the WestInn hotel so we checked for some food there. Instead we started shopping and used Macy's wifi to check the messages. Catfish had provided the address for the FOX demo but it was too early to go there. I had received a call from Virgin Atlantic that my bag was on its way but wouldn't arrive before 5pm. Since I didn't have an address to have it delivered to, I said I would pick it up. 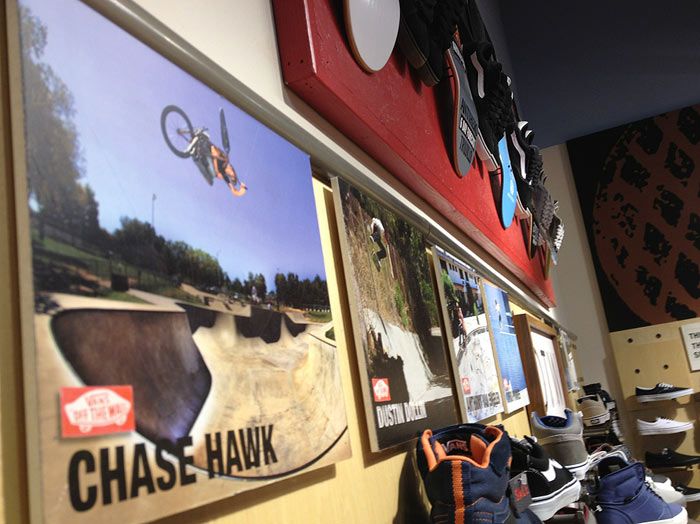 Breakfast was still on the program but it was more a brunch at this point. We ended up eating at Denny's on Ellis street in HB. It sure filled up the belly and then Andy and I cruised over to Santa Ana for the FOX demo. We had no clue what it was about or who were going to be there. As soon as we entered the mall, we heard Catfish on the mic and headed in that direction. We found the small set-up with two quarters and a spine in the middle. Tight set-up but the riders were blasting on it. To our surprise we saw Chase Hawk, Big Daddy, Ricky Moseley, 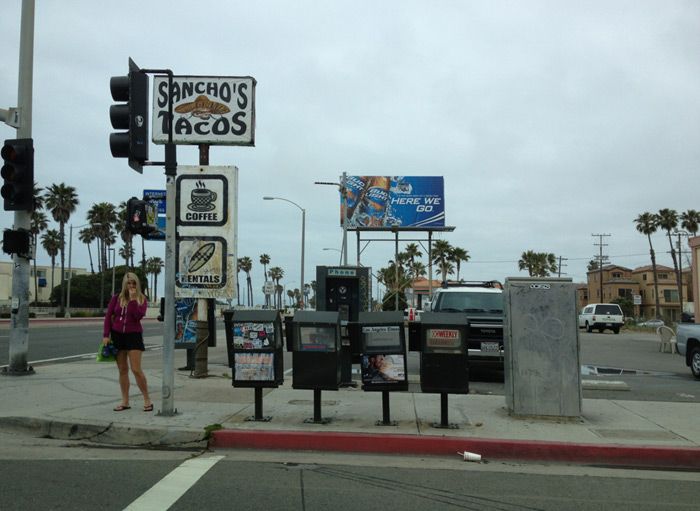 Sean Sexton, and Russell Barone ride the demo. In the crowd we found Dan Norvell, Anthony Napolitan, Robbie Morales, Drew Bezanson, Xavier Mendez, Mark Scurto, Ben Snowden and many more. We were surprised to see all of them and they were surprised we showed up at a demo in the mall in Santa Ana.

After the demo we parted ways and we drove over to LAX to pick up my bag. We decided to book into the sa 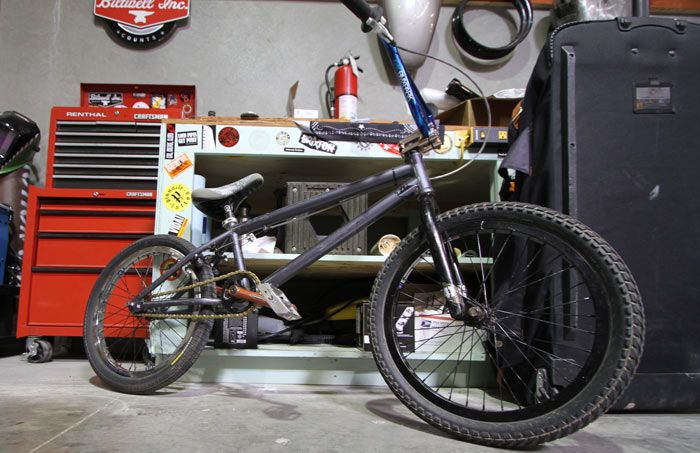 me hotel as Sean Sexton and Chase Hawk in HB. The Shorebreak sure is an awesome hotel. It's around the corner from Main street so we got there to kill some brewski's. Killarney's is where things happened that night. It came to the point where Andy and I had a quick swim in the Ocean in the middle of the night so you get an idea how day 2 ended. On the program for the next day: Vans, S&M, Epic BMX shop, and dinner with McGoo over in Temecula. Stay tuned.

More in this category: « Greetings from California. Part 1. By BdJ USA trip part 3. By BdJ »
back to top