Singapore behind the scenes

Written by  Bart de Jong
Read 9434 times
Singapore was a good time. It rules to receive invitations to go places that you've never been to before. Before I left I had not checked out much about Singapore. I had no clue about their currency, language, dimensions, regulations or any of that. It's a bit stupid to not look into that but I was ready for some adventure. On the way up on the stupid long 12 hour non-stop flight I sat next to Tobias Wicke and his girlfriend Claudia. At least I had travel company which is always good. On arrival we were picked up by a Singapore local who held a sign: 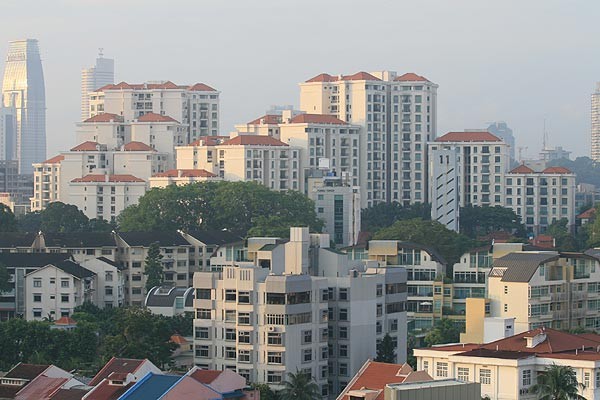 Metro Zam. Yes, I should have taken a photo of that sign but didn't.

We hopped on the bus and drove to an other part of the airport to pick up BiBi. Always good to see familiar faces especially this far from home. We were accompanied by an Australian TV production employee who had been to SIngapore several times before. In the 30 minute drive to the hotel I asked all the questions I had which saved me a few hours of surfing the internet. 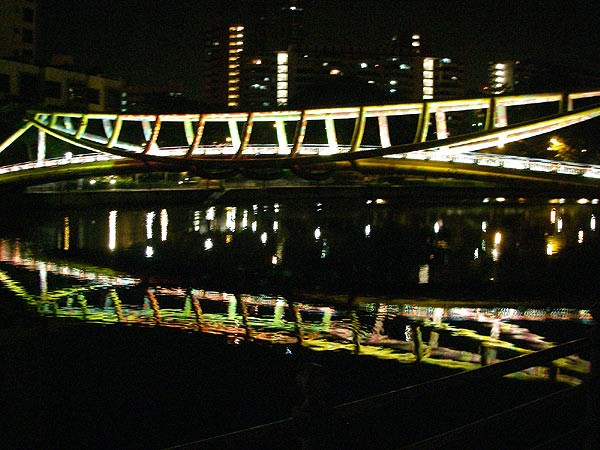 On arrival at the hotel more familiar faces appeared. Always good. The ramps were being built up across the street from the hotel and I had a good view on the park from my hotel window. The six hours time difference from Europe wasn't all that bad, only that you basically skip a night of sleep. A few brewski's were up next and that's where the first surprise came in. 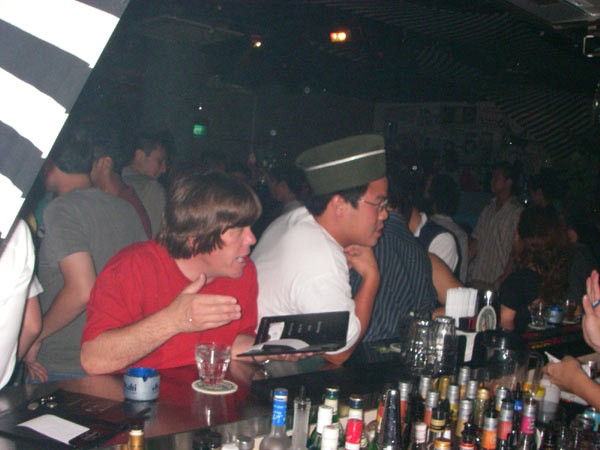 You would think that beer is cheap in Singapore but we were surprised by $8 Singapore dollar beer prizes at the hotel lobby. Now hotel bars aren't cheap in general but the cheapest 6-pack we could find was at 7-11. For some chilled Tiger beer we paid $ 17 bucks. For Europeans these prizes are divided by 2. Still pretty steep but what the heck, we're in Singapore! 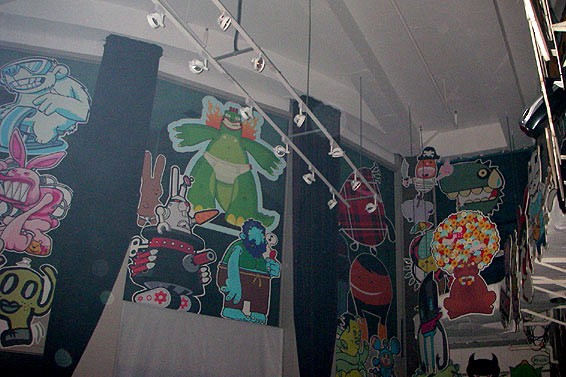 Kym Grosser, Dave Osato, Mark Scurto and a few others were taken to the Butter Factory on the first night by a few locals. He managed to get us in for free and the owner gave Dave Osato a bottle of Canadian Club which was welcome when beer prizes were up to $ 13 bucks at this place. It must have been HipHop night or something but luckily they played some alternative rock music in the front which sounded good. The place was packed and basically it could have been in any city on this world. 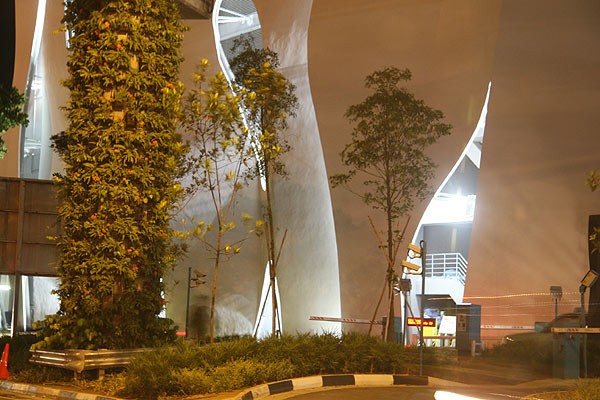 Singapore has some super strict drugs rules. There's no tolerence. Little did I know that they had a rule about chewing gum. I usually have some on me and this time too. I only found out about chewing gum when I was in the country. It's actually allowed to chew these days but you can't spit it out. Oh well. No chewing gum stains on the streets though... 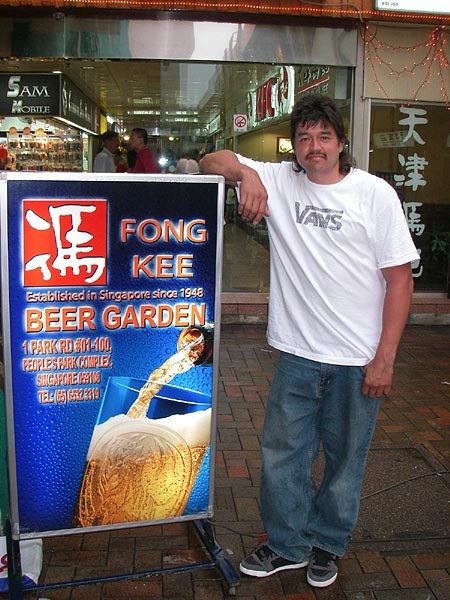 Orchard street was the expensive shopping street of SIngapore. Ryan Nyquist felt like he was in Las Vegas walking the strip. There was music, lots of neon light and activity all the time. It became clear that Singapore wasn't one of those poor countries. We saw 12 Lamborghini's lined up in front of a hotel, seriously. Pricing wasn't interesting compared to home so that's when we started checking out China Town. 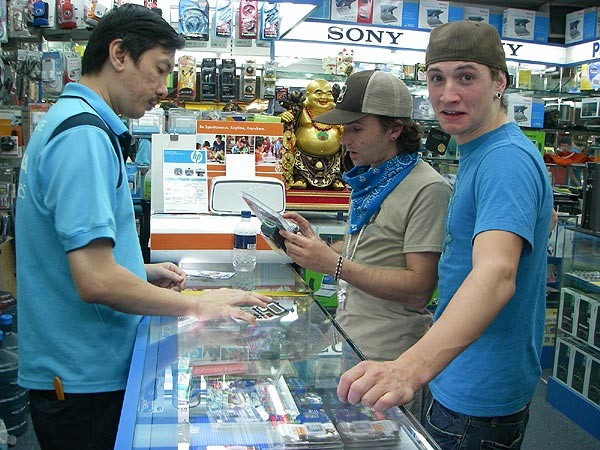 Taxi's were actually super cheap so that's handy when you want to go somewhere and it's too far to ride the bike or you don't want to lock up your bike while shopping.

Catfish had blown up his phone battery. 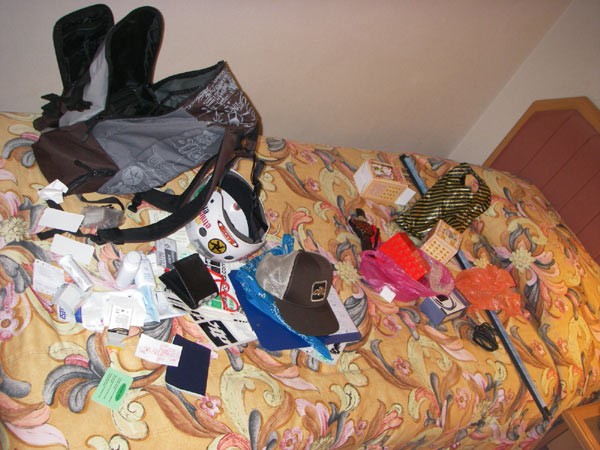 It's 220 Volts in Singapore and not 110V. Let's blame it on the converter that was delivered in every room free of charge. They even brought extra's if you needed them. Catfish was actually the star of China town. I shared a room with him and every morning he had new stuff laying on his bed. 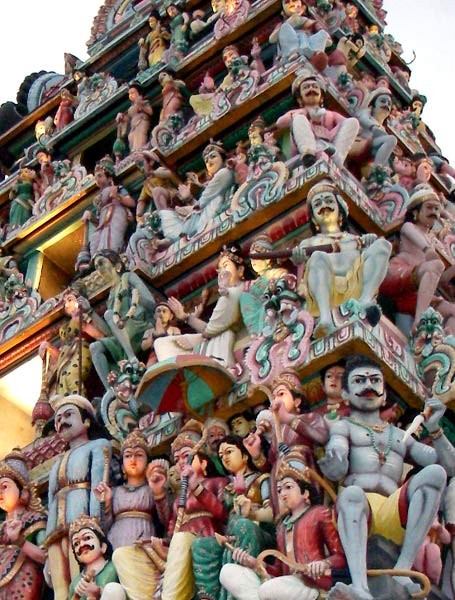 I'm not sure if he slept at all during the trip. He made the most out of it, that's for sure. He got a new tattoo too.

You really had to look hard to find temples and old Asian buildings that you expect to see. It's a mordern city and most of the old buildings are museums now or tourist attractions. 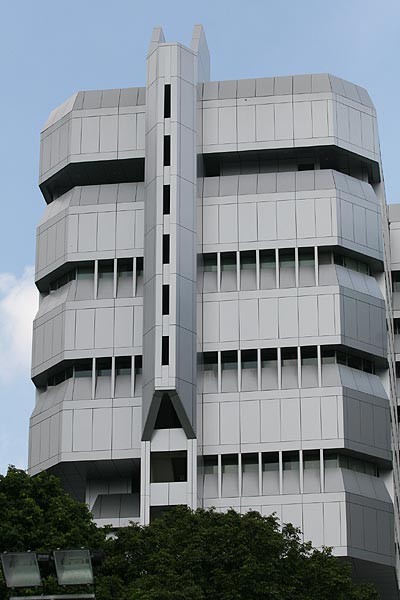 The temperature made just walking around feel like you were jogging. It was 32 degrees celcius and very humid. Everyone was sweating like a pig and the rain didn't cool off too much. I left two hoodies in the dresser when I checked out. I put them there when I showed up and totally forgot about them when I took off. There's simply no need for them in Singapore. 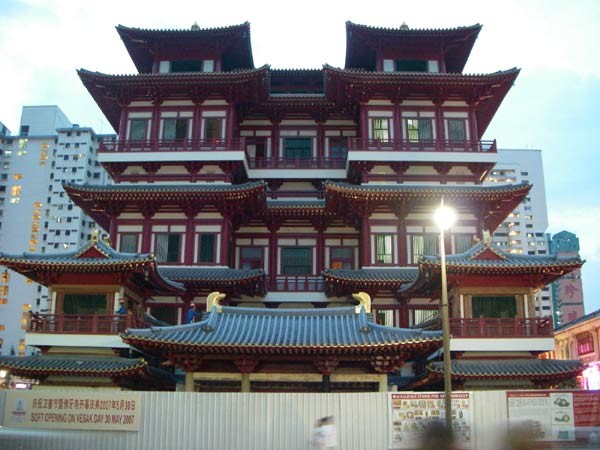 One thing I liked about Singapore was the trees. First of all the palm trees and next to those the rain trees. So beautiful. It's just that these things don't grow in Holland which makes them stand out. 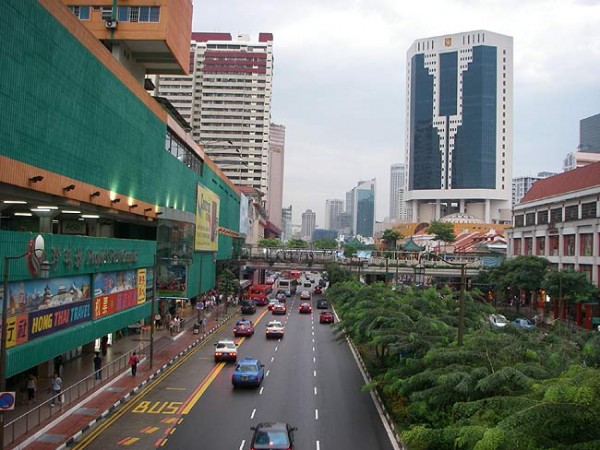 Same as in Japan, the people are super polite. It's easy to feel rude just being yourself. Maybe I'm really a jackass that doesn't fit in. 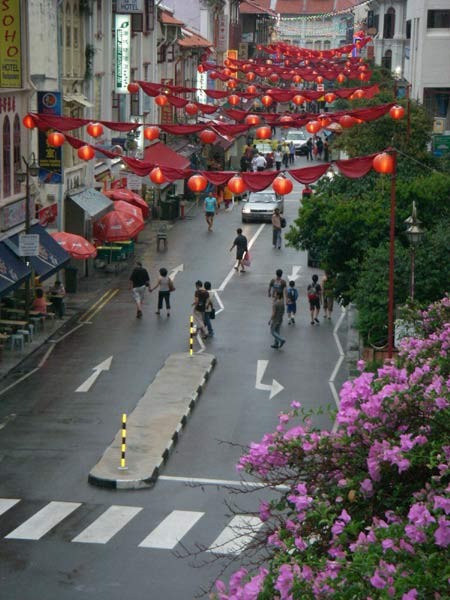 Before going out that last night, it's good to pack up all your bags. My flight didn't leave until 22:45pm but the bus left for the next place at 11am. I semi-packed up before the last night that involved a lot of arm wrestling, drinking and one last taxi trip into the city. Catfish (him again!), BiBi, Allan Cooke and I wanted to see the Merlion and told the cab driver to get us there. 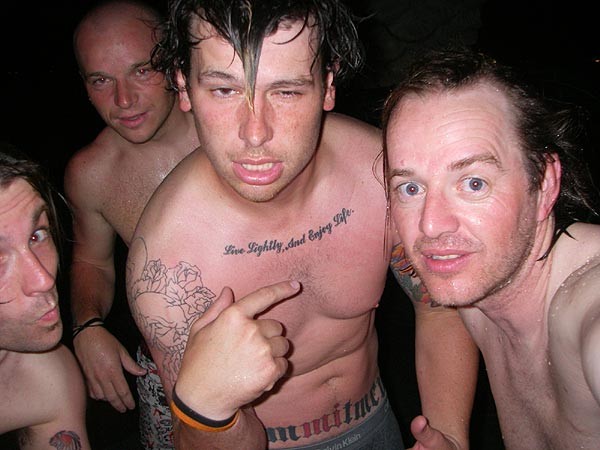 I had actually not been in that part of the Singapore island so an extra toursit trip was always welcome. While I was shooting some pics, trying to stand steady, I heard splashing on the other side. Cooke and Catfish were stripped down to their underwear and started swimming. Bibi and I joined seconds later. Damn was that water warm! 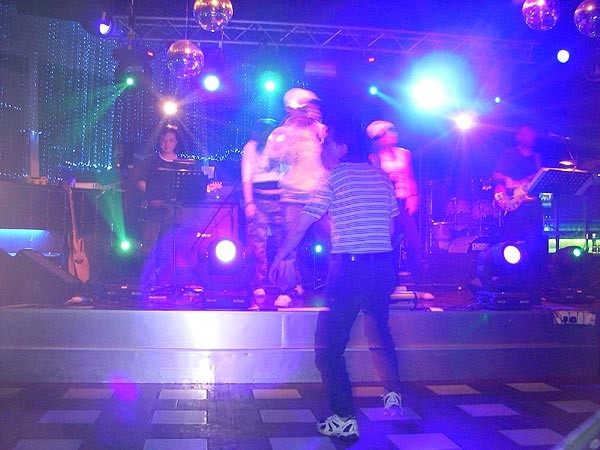 It felt like a warm bath and with the days hardly cooling off at night we did not need a dry towel to keep us warm. After a 30 minute swimming session (people must have thought we're nuts) we dried up and took a moped ride to the nearby Babyface club. That moped ride is just in our imagination but we managed to make it to the club. The FATBMX press pass worked its magic and we all got in for free. Consider this your media report doorman! 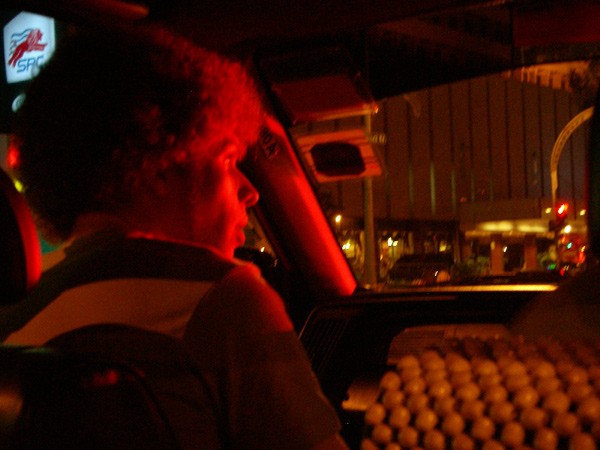 We had a few more in club (they accepted credit cards) and tore it up on the dancefloor. How weird that you think you know how to dance when you've had some drinks..... A taxi took us back to the hotel at the early hours of the next day. What a way to end the last Singapore night. 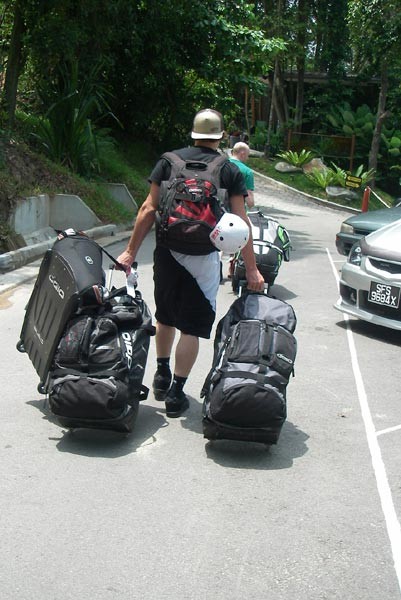 Man I woke up and missed breakfast (again!). I saw a note from Catfish sayin': Good times, see you soon!  He had made it to the airport for his 10am flight (poor guy) and I had a hard time making the 11am shuttle to the next resort. You see, the plan was to shoot some dirt riding at a local spot but first the riders and TV crew were moved to another hotel on the beach. I joined the crew as I didn't have to leave until 8pm. 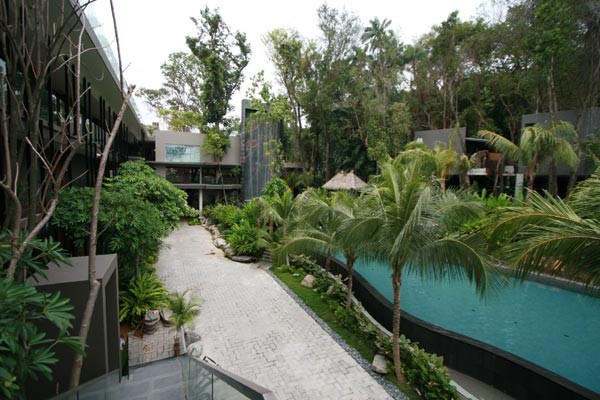 Man, Greg was right. "I don't think anyone wants to ride dirt after they'vseen the new place." It was truely amazing. White beach, Cafe Del Mar lounge bar/pool, palm trees everywhere, 6 month old brand new hotel that was built around existing trees, it was very close to paradise. The Metro Jam ramps were torn down after the contest and moved to the white beach 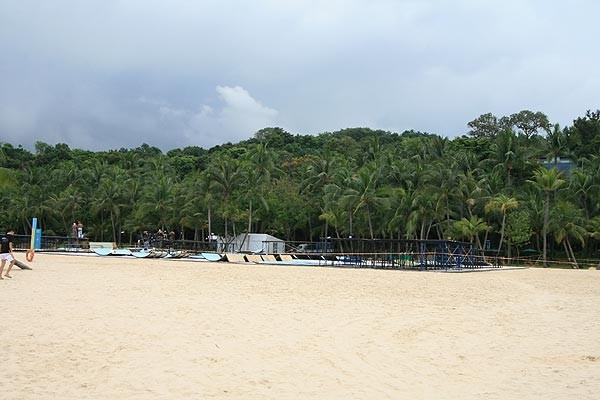 for a PIG contest. In one day the new set-up was ready. Brent Oswald and his boys had done an amazing job.

Rain had arrived at the trails and the session was a rain-out. This could have happened on worse days. Bummed about missing another photo opportunity but when you're chilling in a beautiful place like this there's not too much in the world to worry about.
Thanks to Jay Miron and his crew for making this possible. It's amazing that BMX has taken all of us to a place like this. Hopefully more to come in the future. We'll be happy to do a report for you. 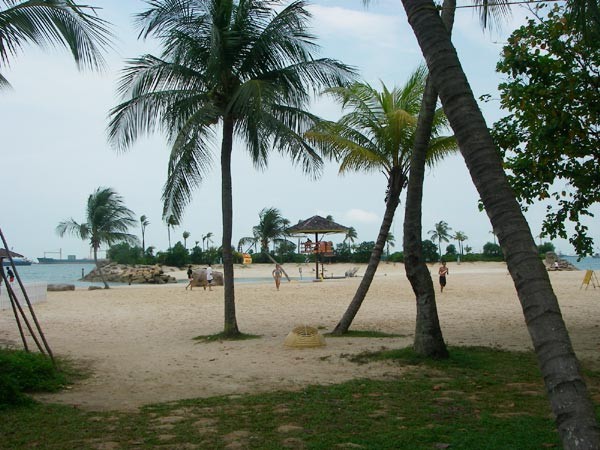 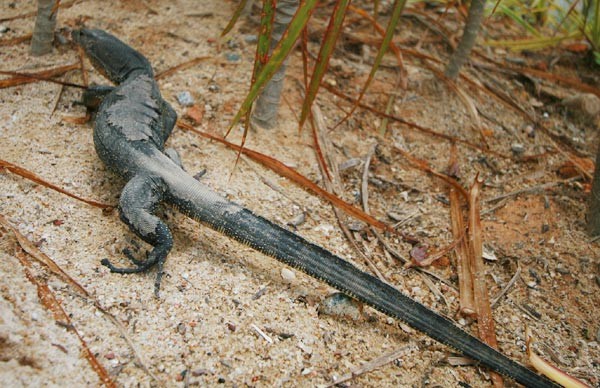 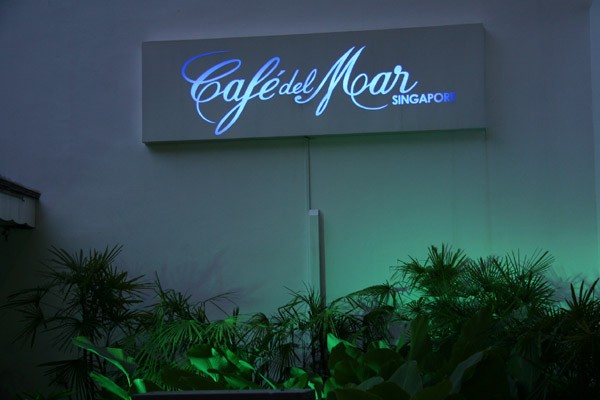 More in this category: « The Fun Spot Bike Park in Santa Cruz. By Lloyd Ramsay Skate plaze and concrete bowl/park in Hasselt, Belgium. »
back to top