Written by  Bart de Jong
Read 7828 times
Public trails are hard to find. Most of the time they're private or hidden in the bush so  noone can find them. This will protect the jumps from being killed by people who don't know what they're for. Another option is the Abflughalle in Germany which is an indoor dirt spot where you have to pay to ride. The Helm Trails at the Johannes Vermeerlaan in Helmond are a public spot. Everyone can ride at any time of the day. For free. Truckloads of dirt were dropped but the last  couple of truckloads had the wrong dirt. That's why the locals are trying to get some more dirt from the local council. Dirt that holds up under the riding and the rain. Good sessions have been going on regardless and the building process never stops. Kids have their own section and also this part of the trails is being sessioned heavily. The part of the city where the trails are located (Helmond Noord) doesn't really have the best reputation but the trails are a perfect fit and we yet have to face the first incident. Last year's Helm Jam was a success and the next jam is scheduled for 9 September 2007. Until that time let's hope that the truckloads of dirt arrive to add some jumps and to fix up the existing ones with a new layer. 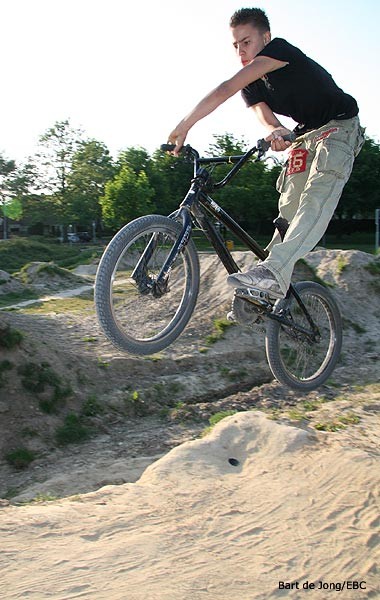 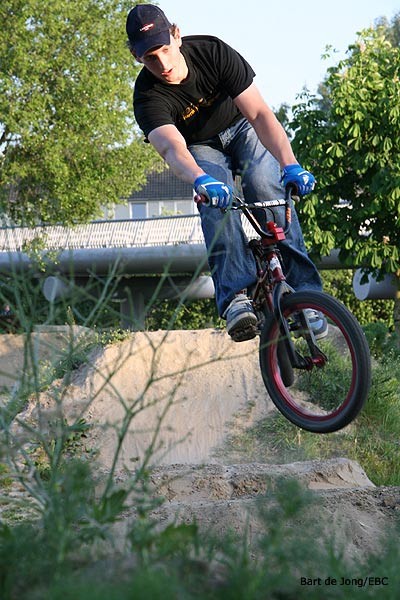 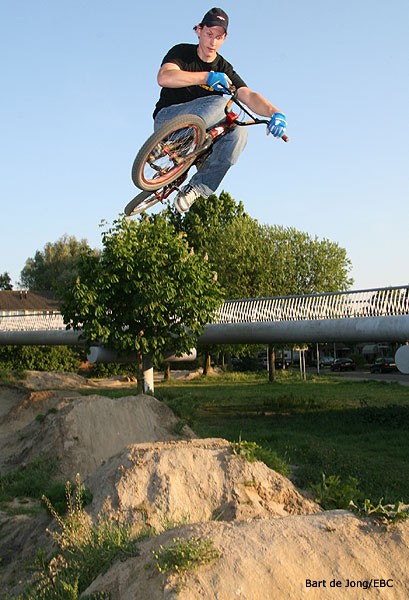 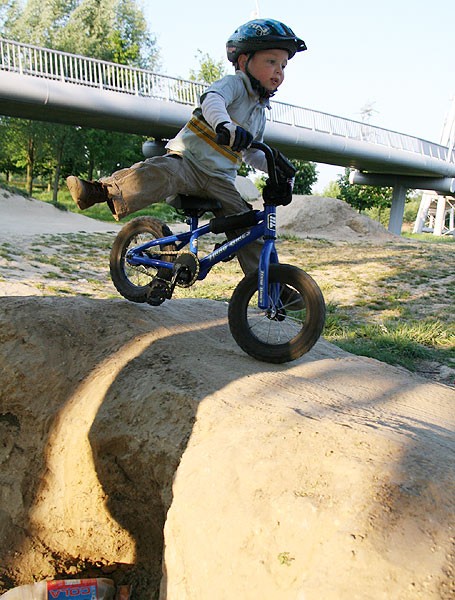 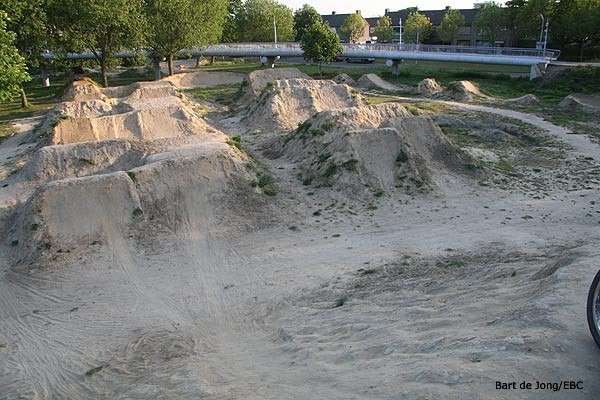 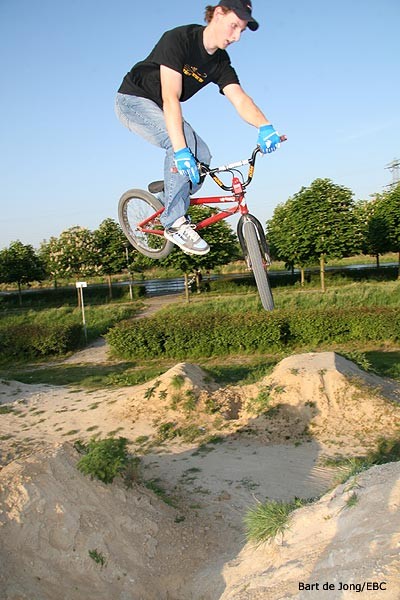 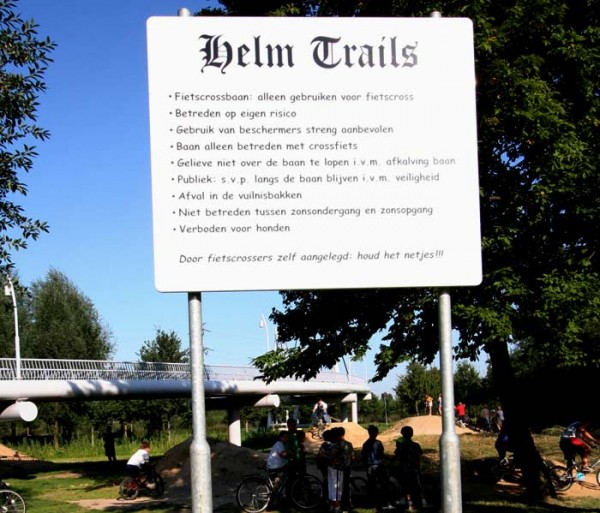 For directions and communication with the locals, visit the www.helmtrails.nl website and sign in. See you at the trails.