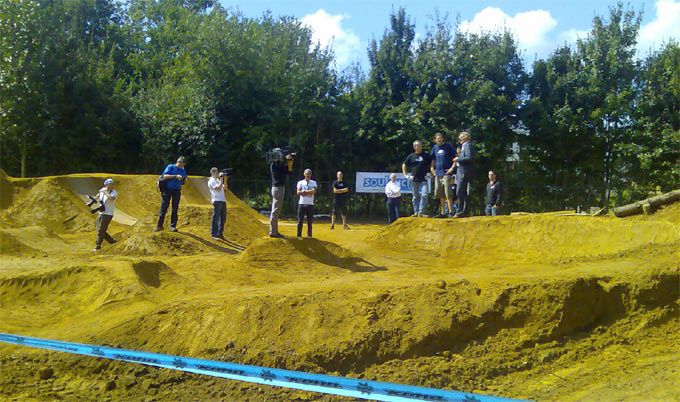 The Red Bull Backyard Digger’s last stop greets a dream spot in Doetinchem. In three days time the local Dirtbikers and BMXers, together with the international Red Bull Backyard Digger Team, and built a professional dirt spot with lines suitable for different levels. On Tuesday the 12 of august at 15.00 the Alderman of the municipality Koos Kuiper together with Huup Hakvoort founder of SFA (Stichting Freeride Achterhoek) opened the spot. The Red Bull DJ 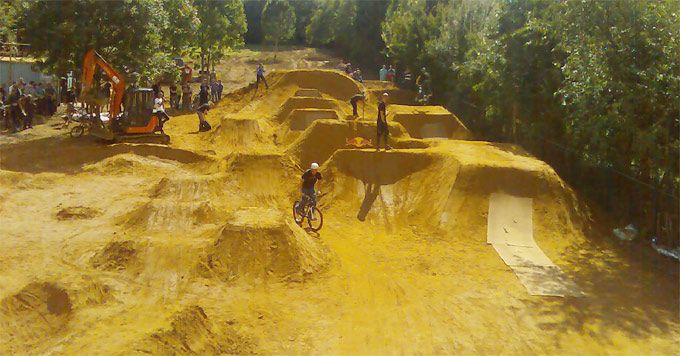 turned up the music pretty loud and after the champagne was opened by Marina Heimensen the riding started right away.

The initiative for the spot at Doetinchem was taken by SFA (Stichting Freeride Achterhoek) Huup Hakvoort who’s been active as the President SFA says that building the spot is a dream: "We're always riding everywhere like Winterberg Germany. In the last years we built an illega 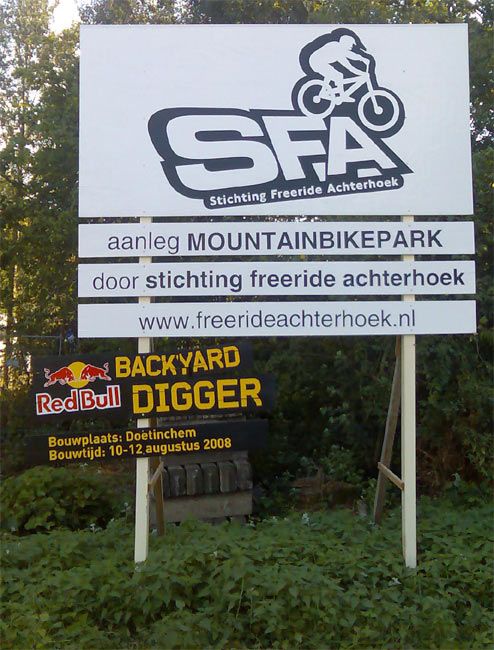 l spot. It works for some time but after a couple pf months we get kicked out. Now we have 6000 square meter ground to build a nice park. We are really grateful that the Red Bull Backyard Digger helped us to start with a beginning (1500 square meter) of the track’’

If you want to go riding at the track please look at the website for the location and openings times.

Quote of the day:

Some local resident complained by Micha (the speaker guy). He said pretty angry: "Turn the music off! I have already rung the police! The children can not sleep!"  The DJ didn’t hear the loudness of the music, because he had his headphone on!  So we say, of course dude and turned it up louder!

More in this category: « Where are the sheep at? Sheep Hills trails visit New Wicked Woods park in Wuppertal will be open tomorrow! »
back to top