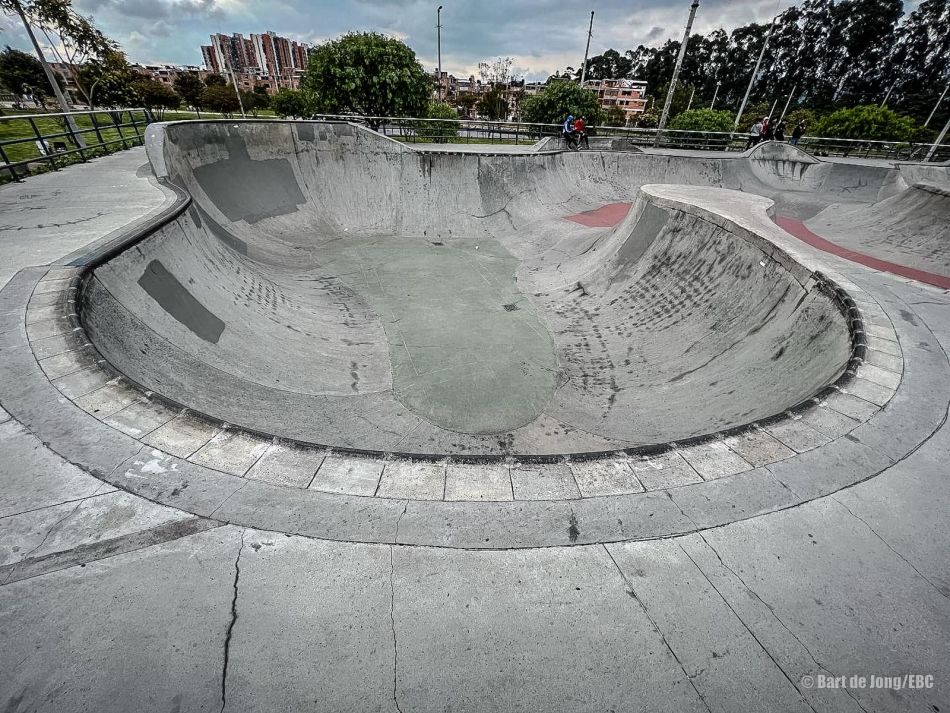 Let me start this by saying it was great to see the passion for BMX that several people in Bogotá showed. BMX truly is a worldwide activity and with 10 BMX shops in town, Bogota is certainly a big part of it. Once again Sebastian and Esteban Palencia picked me up to show more of what the city had to offer. We first visited a sports facility with indoor pool, soccer fields, basketball courts and 3! skateparks. It was 'skateboard day' meaning no bikes were allowed. But on BMX day, no skateboarding is allowed. This way the parks see good activity. In other parts of town the NO BMX day corresponds with a YES BMX day so it is possible to ride different parks during the week. The three concrete parks had something to offer for everyone. A pool section, one with two box jumps and another one with smaller ramps. If you would take a few elements of all three it would be an amazing place for a Park 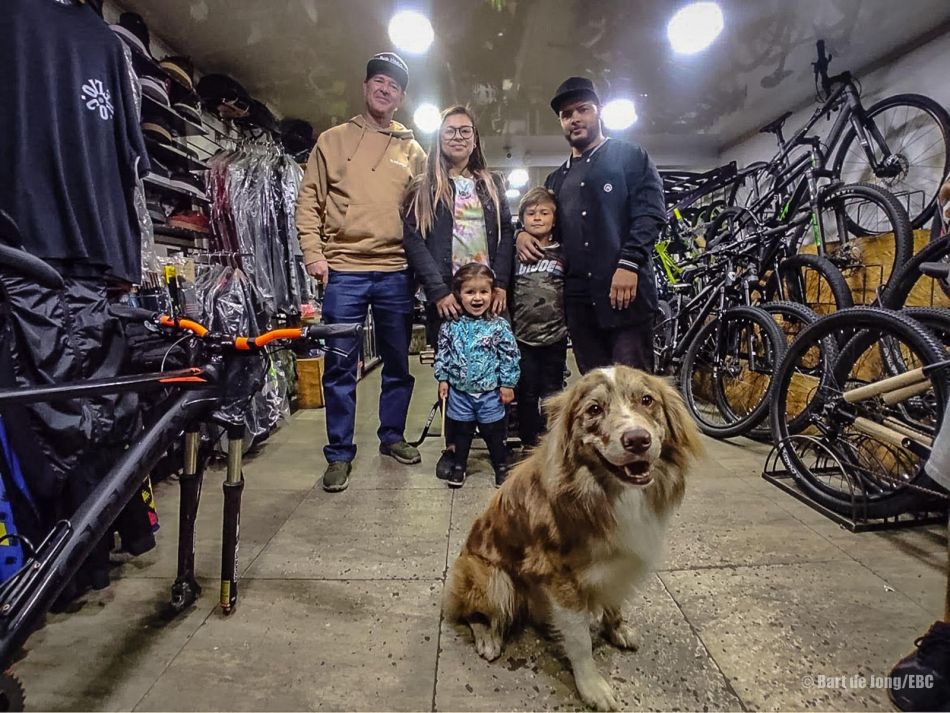 contest. All in all it was an amazing facility that gives positive vibes for that part of the city.

As I had already visited 6 core BMX shops I was curious to see what other BMX shops were around. Unlimited Bike Shop was located right around the corner from another skatepark. A quick visit was done to both. About 12 BMX-ers were having a Game of Bike at the park in the dark. It does get dark around 6pm here and some light helped with the vision even when daylight is gone. The bike shop owner is a good rider himself. Next to BMX he also sells other bikes to make a living running a bike shop 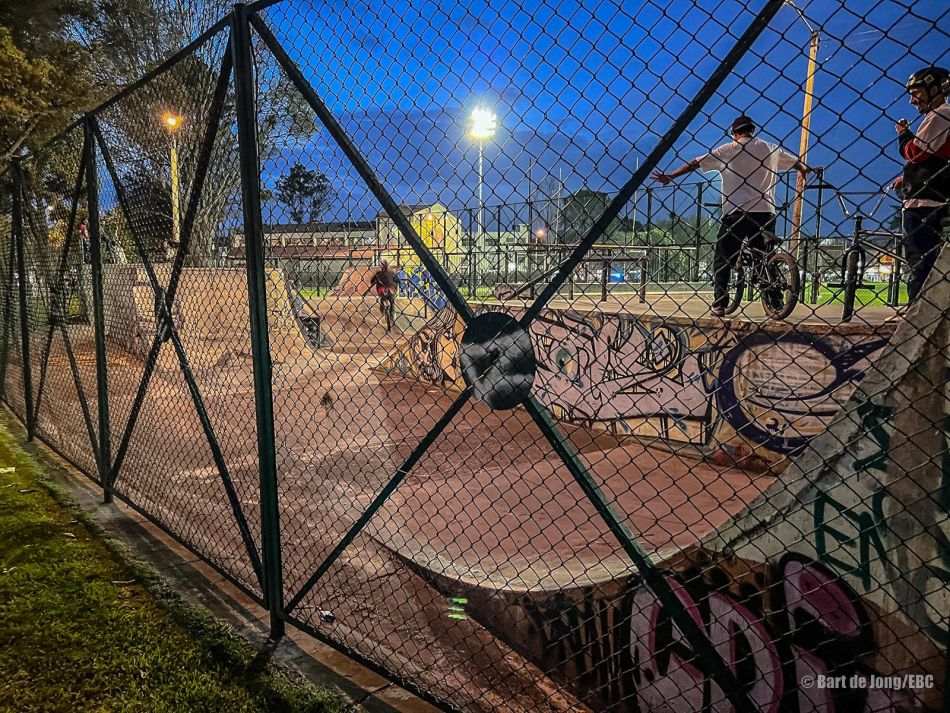 . A traditional snack later we continued to another BMX shop to wrap up the city tour.

Vladimir Bueno runs Nucleo BMX shop, another core freestyle shop in Bogota. A well organized shop with good displays and a big footwear section. In fact, Vladimir owns his own BMX Shoe brand too called Nucleo. Made in Bogotá. It makes the city even bigger on the BMX map in my book. 3 BMX shoe companies, 10 core BMX shops, multiple skateparks, a killer flatland spot, keep that in mind if you want to organize a BMX trip with your team/friends. 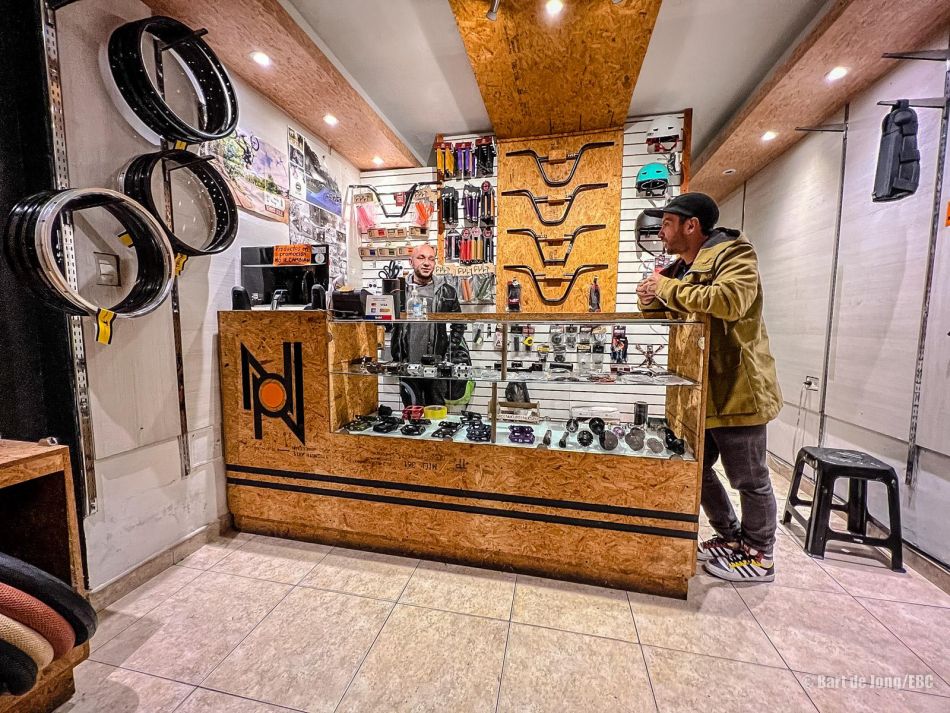 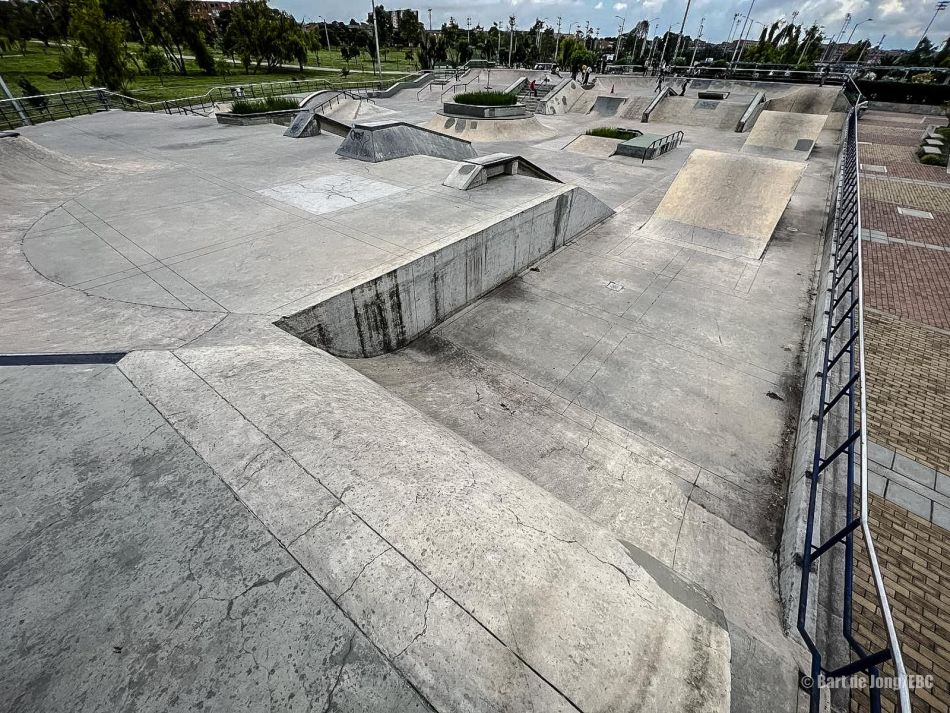 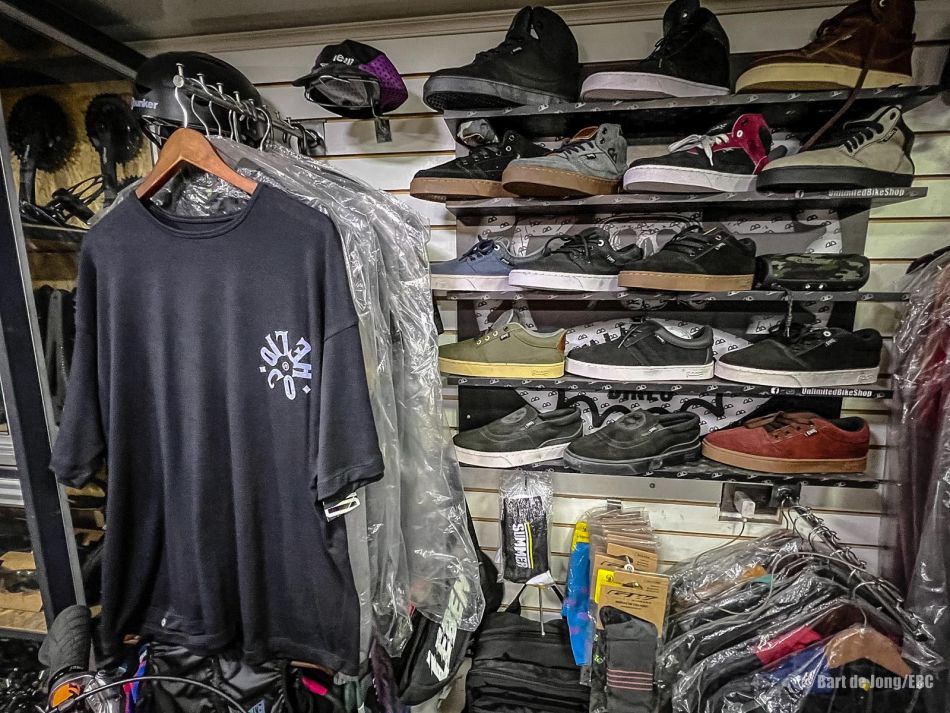 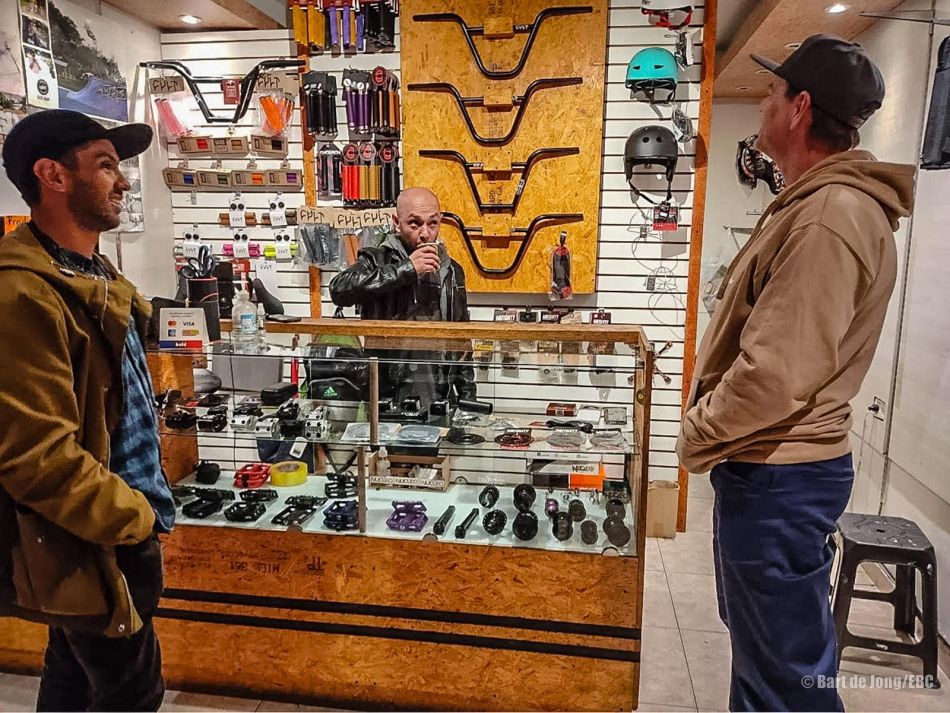 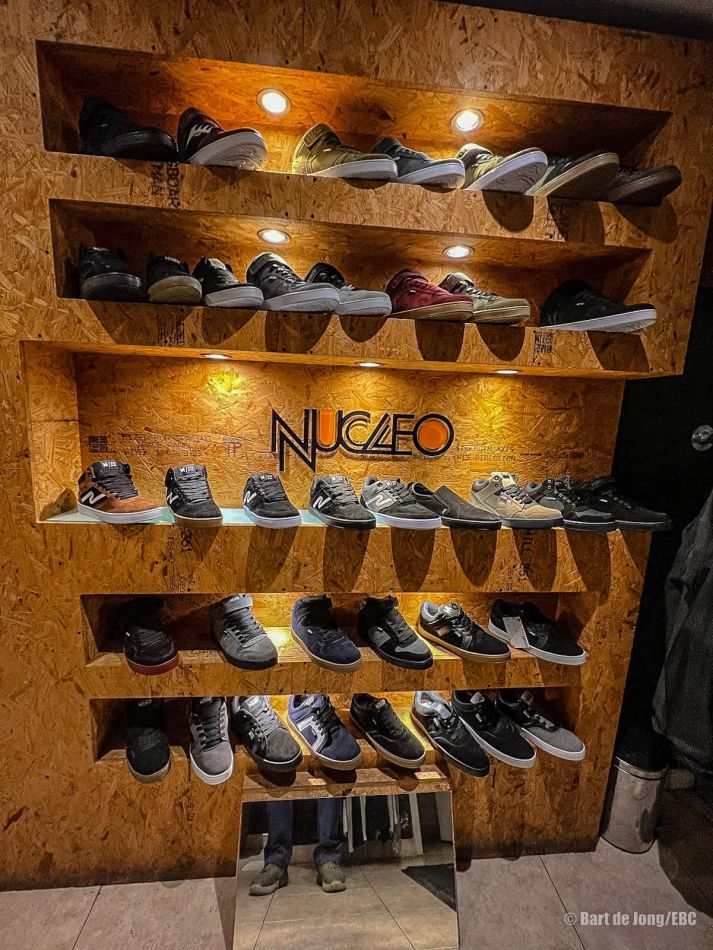 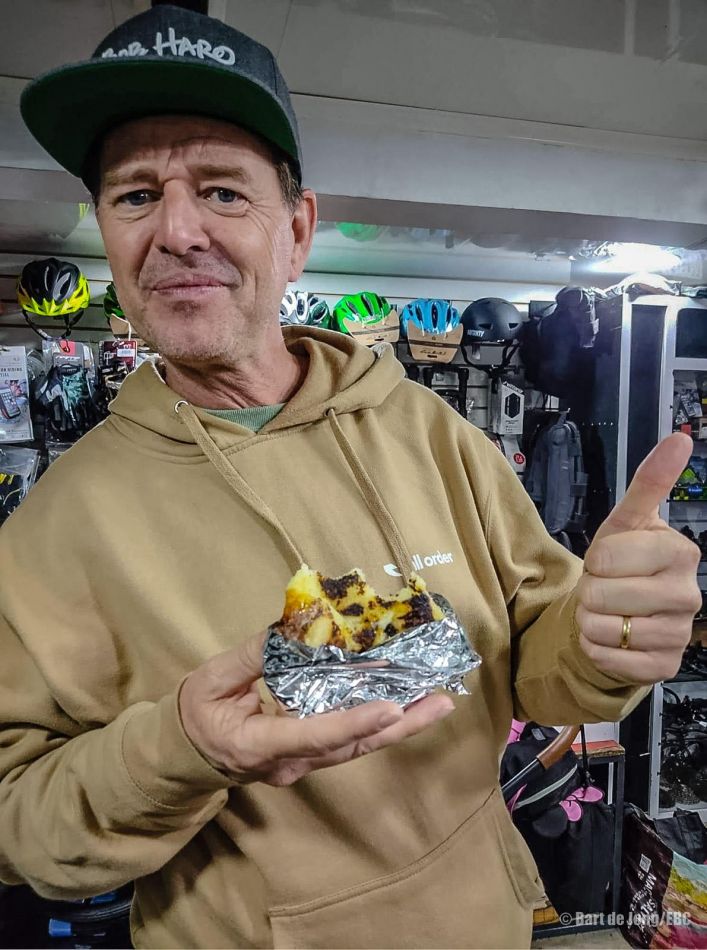 More in this category: « Feel Better While Traveling for your next BMX trip: What to Eat at an Airport Top 5 bike-friendly cities in the US »
back to top