Planning a skating area – but how? by Ralf Maier, BDLA Federation of German Landscape Architects, Cologne 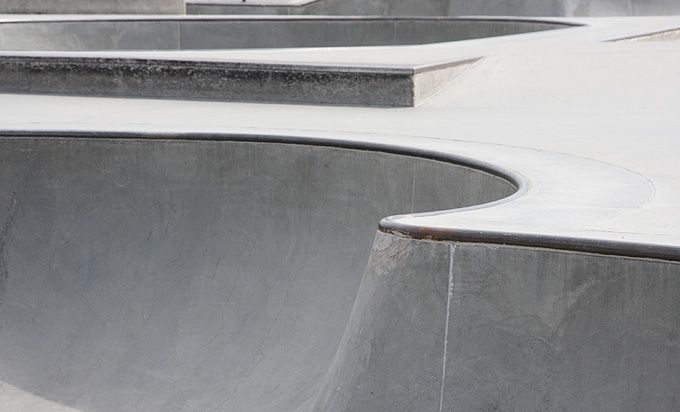 In order to ensure proper skate area planning and conception, it is necessary to understand exactly what kind of sports skating, BMX and inline are. Skating emerged at the end of the 1960s in California, and was joined by BMX at the beginning of the 70s and inline skating during the mid 80s. The first official skate park (made of concrete) was opened in 1976 in Florida, though a considerably more famous example is Carlsbad Park in Carlsbad, California, which was
built by the skaters John O’Malley and Jack Graham:  They aimed to create a safe area with perfect conditions for skaters and BMXers. 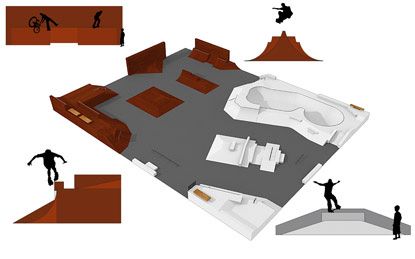 The popularity of skating and BMX propelled so quickly that in just a few years (towards the end of the 1970s), the wave climaxed, flooding Europe, Japan, Australia and South America. Although skateboarding and BMX sold themselves well, insurance problems inevitably grew alongside the trend, finally forcing almost every skating park in the USA to close! 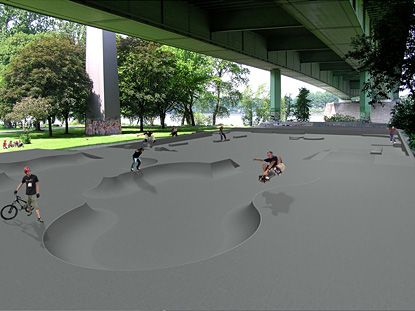 As the 80s dawned, the sport was forced underground - back to the very place where it had started: the street. Two decades later, skateboarding, Inline and BMX have become a true urban cult, which has not only exercised a huge influence on our leisurewear, but has also made itself comfortable in almost every single living room through the hugely-popular X-Games. Every child knows the Tony Hawk skateboarding and Dave Mirra BMX video games. In America alone, some 13 million young people skate. 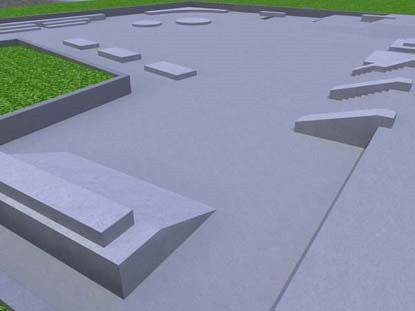 Skating and BMX are the fastest growing sports in America, and the sixth fastest in the world! Today, skate parks are the most successful leisure zones in America! These ‘trend sports’ have become so established that BMX Race was premiered as an Olympic sport at this year’s Games, where it won huge prestige.

Successful, and most importantly, accepted results can only be achieved when working closely with sportspeople from the local skating and BMX scene. The regulations DIN 14974 for roller sports areas offer assistance in the planning phase for skating areas. The best advisors forinformation about specialists and manufacturers are the sportspeople themselves, who know exactly which areas are used for what. 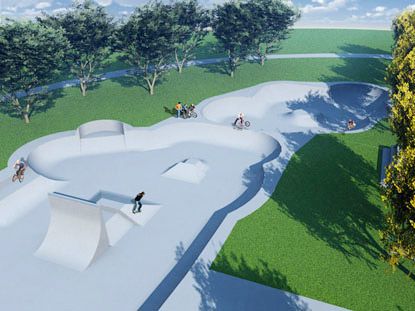 The park should be located in a central area in an open space (a legal urban meeting place for roller sports fans). Far from having a sterile atmosphere, the park should portray a stadium-type character. A range of different levels for different user groups can be created through linking banks (ramp type), rails, steps, gaps (ramp type) and ledges (ramp type), thus offering a fluid, dynamic and organic order (harmoniously integrated into the surroundings). 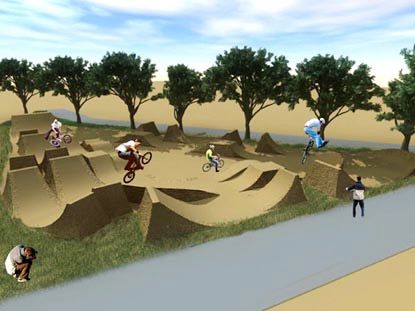 The fixed ramp course (bowls, mini ramps) should be complemented by various mobile elements from an authentic outdoor skating landscape, such as picnic tables, waste containers, benches, etc.). In this way, both beginners and advanced skaters and BMXers can use the area to develop their skills. If these elements are observed, we can be sure that the skate park will be and will remain an attractive and interesting place for many years to come. 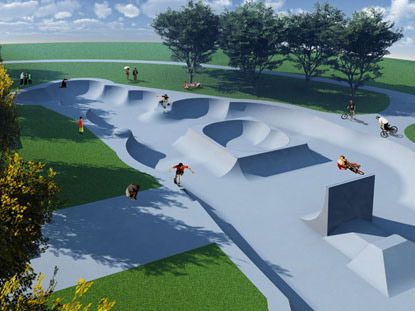 Given that during the last twenty years, sport has almost exclusively been practised outdoors, the appearance of today’s skate areas has changed considerably: Nowadays, skate areas have assumed a public square-like structure (plazas), the so-called ‘skate plazas’. This neutral square structure should enable all types of uses possible on such paving. Such usage possibilities will not only attract sportspeople, but also encourage passers-by to stop and watch, creating an audience for the performers. The individual elements of such ‘artificial’ plazas should hardly be different from those found in an ‘authentic’ plaza. There is no doubt about it: skate plazas are the skate areas of the future.

Ralf Maier, member of the BDLA Federation of German Landscape Architects, Cologne, has been a BMX expert for over 15 years (German Champion, World Champion), in addition to being a member of the German Standards Committee for Sport and Leisure Equipment, ‘Skating Facilities’. maierlandschaftsarchitektur.de
Tweet

More in this category: « Re-Opening of the Helm Trails, Helmond, Netherlands, NOW VIDEO ADDED! New park being built in Germany »
back to top