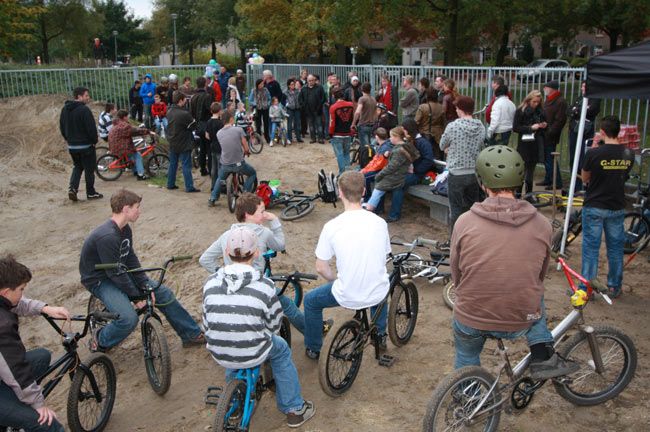 Everyone who has been involved in getting a spot to ride knows that it can be a long process to make things happen. The Helm trails in Helmond had received some support fromt he local council which was a good start but with the bad dirt and open playground style of location, it needed some help. If it wasn't for Mike van de Kerkhof, not much would have happened. He was the driving force behind getting the Helm Trails back off the ground. After numerous phonecalls and visits the place received an upgrade, and a good one at that. 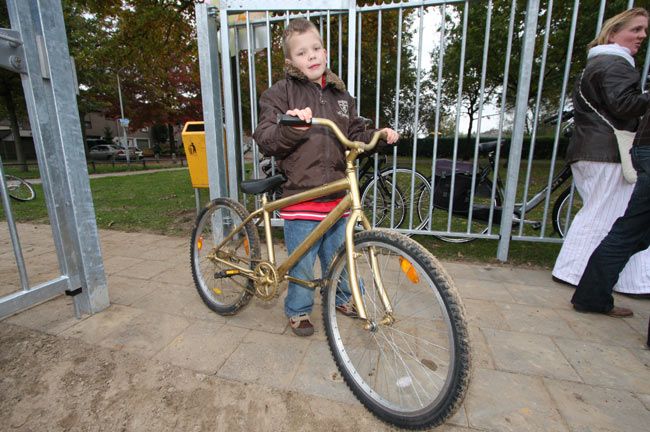 20 truckloads of good dirt were rolled in. A digger was there all week to put some turns and jumps in place. A sea freight container was placed in the right spot and functions not only as a starting hill, but storage as well. A fence was welded on top of th 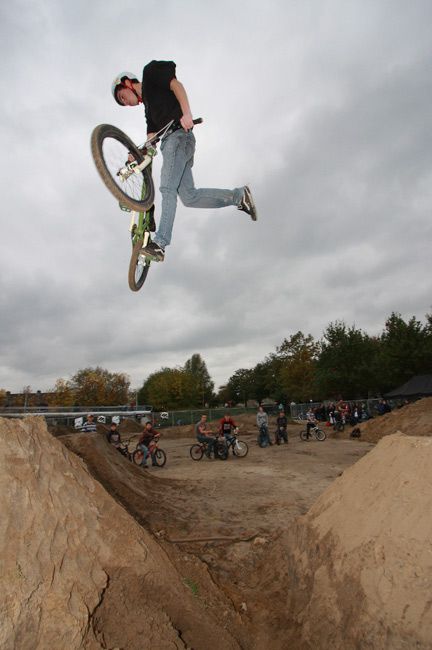 e container which keeps things safe. But most impressive of all, the entire place is fenced off! No more quads tearing the place apart or kids using the jumps as a playground, hopefully. The kids track next to the main spot is also fenced but still open 24/7. The opening hours of the Helm trails will be announced as soon as it is figured out. Some keys are floating around to get access to the place and Mike van de Kerkhof has one. His number is: 06.1266.1027.

By handing over a key to Mike by Mr. Boetzkes of the local council, the new place was offic 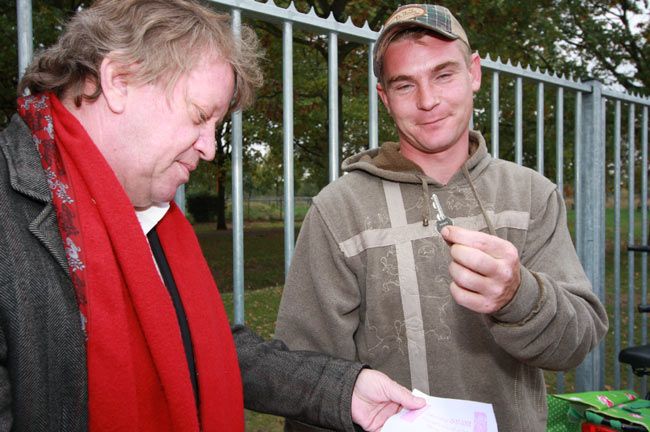 ially opened on Saturday October 25, 2008. About 75 people showed up for this special moment. The day was used to shape some more jumps, ride the kids track, and also the first jumps were made on the other sections. It had rained much the day before so things were still on the soft side. The take offs and landings needed to be packed and the best way was to just ride them and pack them some more. The place has a lot of potential. 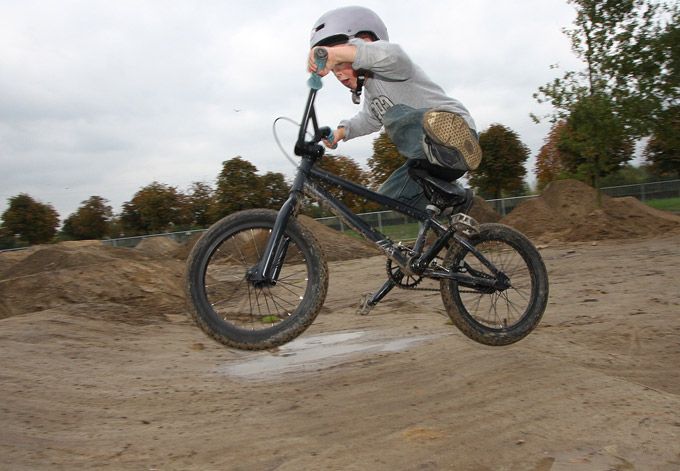 Now that there is a fence surrounding the spot your time digging will pay off. There are endless line possibilities and once the place sees some sunny days and dries up, it will be jamming. Spectators have the best overview looking in from the cycling bridge and kids will stay busy on the kids track. Well worth a visit for sure for riders of all levels. Make sure you call Mike to m 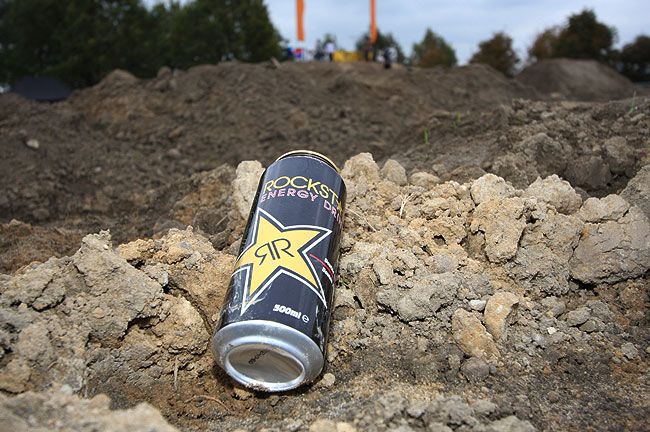 ake sure the place is open and keep your eyes open for opening hours which we will announce as soon as they are decided upon.

Thanks to everyone for coming out and see you soon for a session on the Helm Trails. 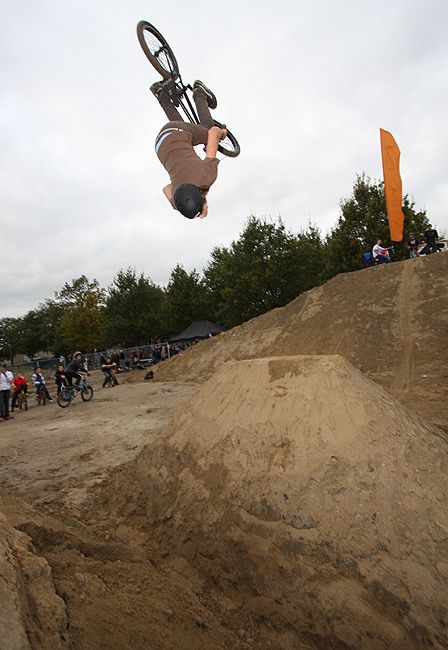 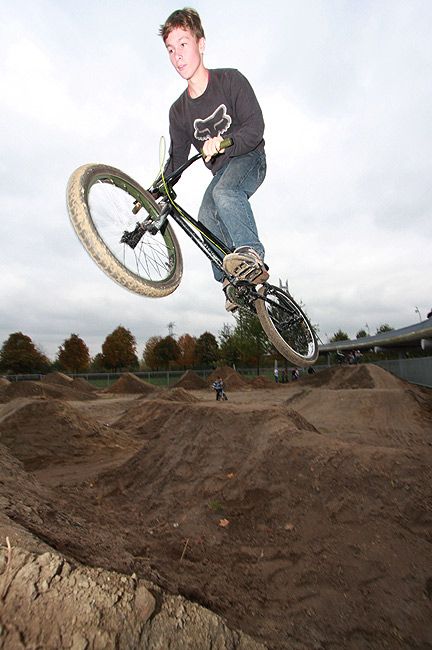 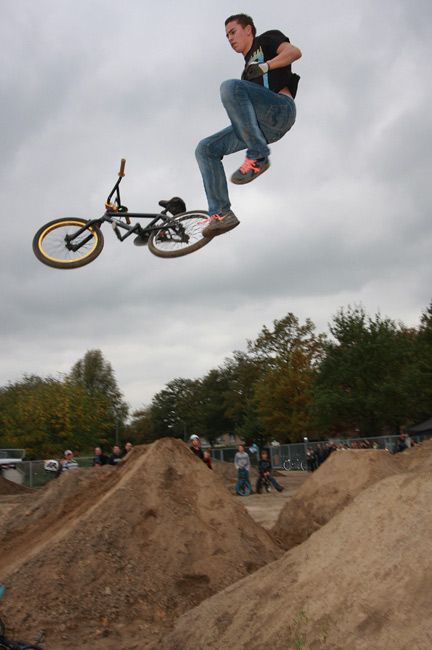 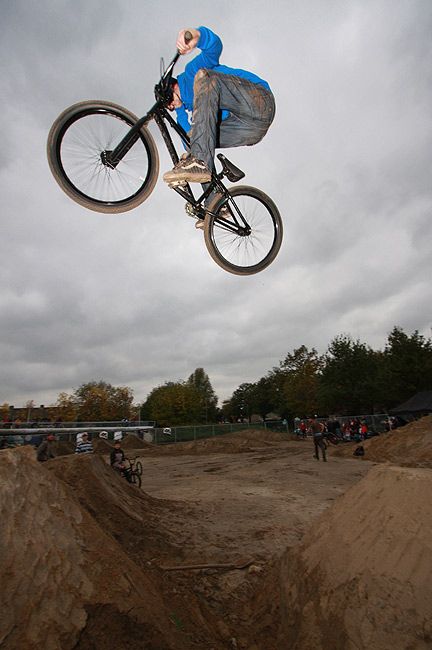 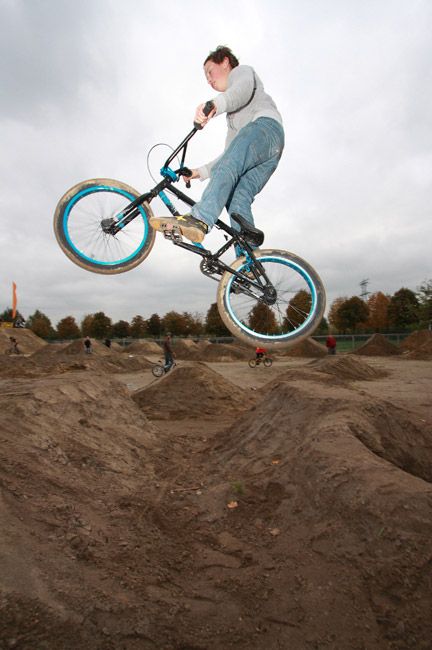 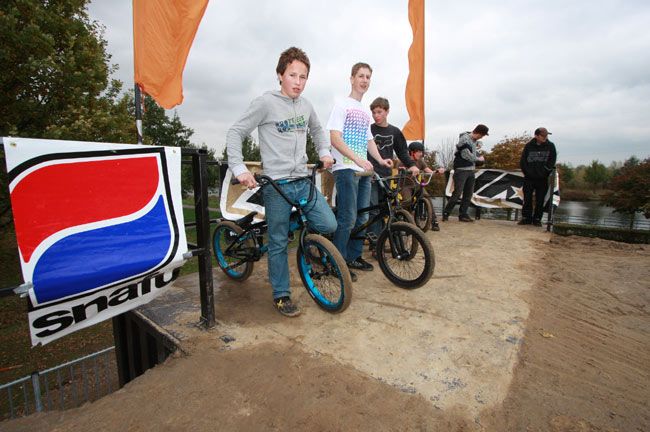 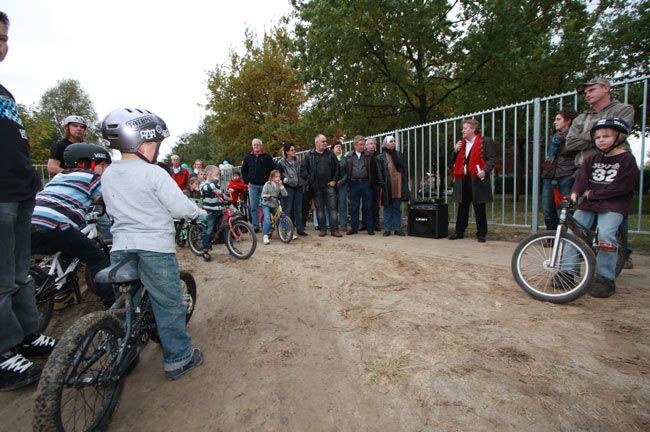 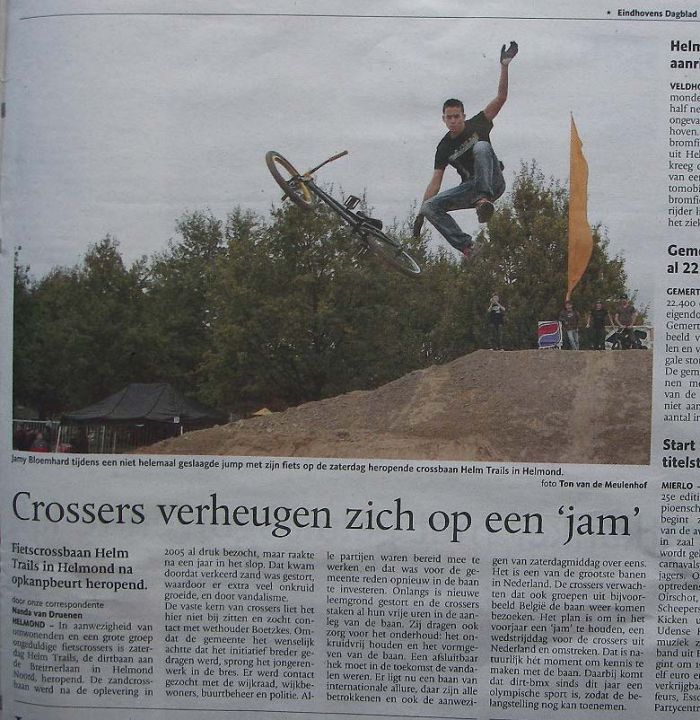 Link to the article on ED

More in this category: « Spot Check Antwerpen, Belgium. Planning a skating area – but how? by Ralf Maier, BDLA Federation of German Landscape Architects, Cologne »
back to top