Search and you will find. By Mislav Streicher. Pics by Tomislav Moze 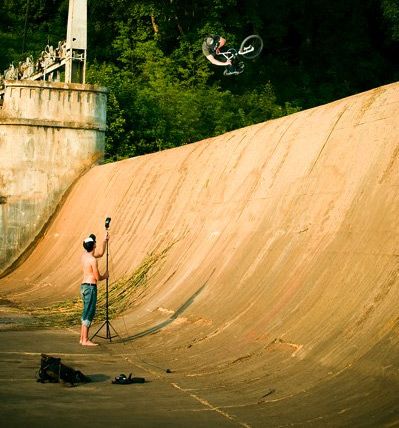 Last week I got a call from Aco and he was laughing his ass off. He told me that he found an unbelievable spot for riding and that it will only be ridable for few days. I called our Taz (Tomislav Moze) , our team photographer, we picked up Aco and headed to a secret location. Place is amazing! It is a river dam with a real smooth transition, perfect for riding. That river is never this low, so the dam isn't ridable, but for last few months it hasn't been raining that much and river stoped just an inch below the edge of the dam. It is really hard to get enough speed to air this massive thing, cause the dry platform below it isn't really big. We stayed there until the sunset cause we knew that it could be ages before we get another chance to ride there. In few words, we had a blast there.
Read more
Scene Reports

A4 trails to be demolished? 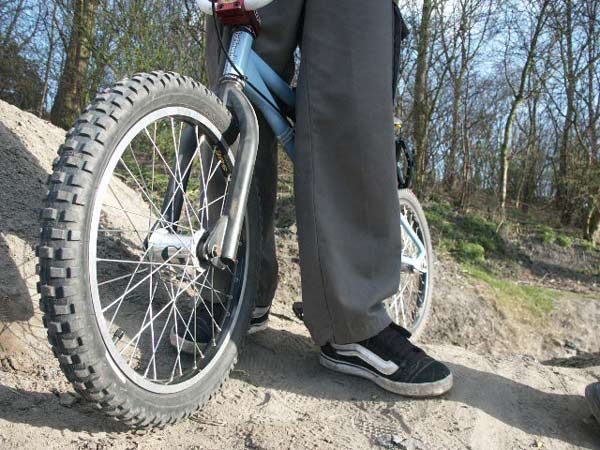 After almost 15 years of awesome sessions with people from all over, our trails are likely to be torn down. Apparently people digged too deep on 1 line (the one Sergio Layos did in a recent movie posted somewhere on FATBMX) revealing some of the contaminated soil (the entire park is built on top of a former garbage dump). Some of the locals are now discussing alternative solutions with the government, hopefully they will be around for another 15 years. If you are worried, the weather is good right now and the trails are better than ever! So go ride em before they are gone!
Read more
Scene Reports

Sometimes it's hard to wait until the ramps are done. Jolife, Georgios Lakovidis and the Greece crew are axiously waiting until the new section of their concrete park is done. The park is located in Larisa, Greece and they're looking forward to welcome everyone
Read more
Scene Reports 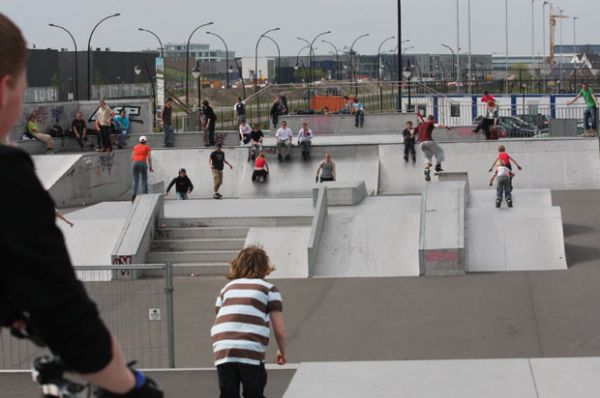 Schoko Dirt spot in the making. By Matt Pingel

If you want something to ride this summer it is time to get things moving. Matt Pingel fired over these photos of the building of the Schoko Dirt spot. With a lot of manpower, some shovels, wood, chainsaws and a crane, it looks like things are shaping up quickly.
Read more
Scene Reports

If you live near the Unit 23 skatepark in Scotland you are one lucky bastard! Just look at the photos of the new indoor pool they just finished up over there. Amazing! Wallrides, hips, spine, the lot. Endless lines for the endless summer. It don't matter if it rains all the time in Scotland now that the pool is done.
Read more
Scene Reports 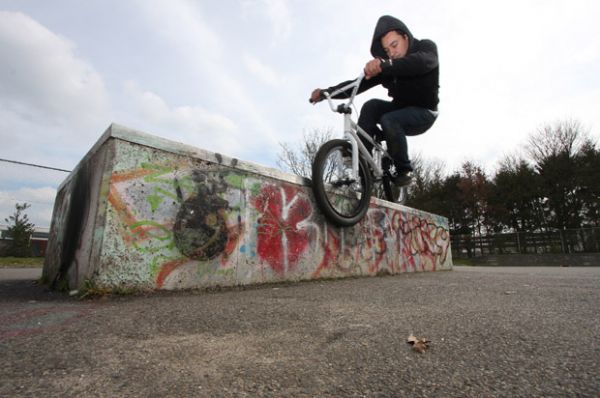 Sometimes sessions are the best when you least expect it. Last Friday I drove over to Uden to pick up Choq. The poor guy was over for 10 days from California and saw nothing but shitty weather but Friday looked decent so we packed the bikes just in case. It cleared up and we drove to the Volkel BMX track. Not to do any gate starts but the turns have been filled with bricks so they make good banks for other moves than straight up berm blasting. The staging area saw some grinding too by Choq and without killing ourselves, we called off the session to drive to the next spot.
Read more
Scene Reports 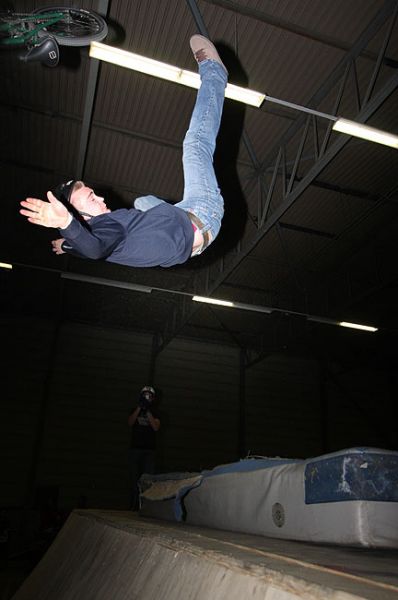 We've been complaining about the shitty weather but in fact we should not be worrying too much because there is an indoor facility nearby that has a BMX track complete with professional starting gate that you can operate yourself, some new trails in the back corner, a giant foampit, some little ramps for kids to play around on and also some very decent ramps which includes a wide quarterpipe on one side, a jump box/spine in the middle and an unusual quarterpipe construction on the other side. Well, that's a quick description of the hall but of course there is more to it. Zonto is the main force behind the project and his old school roots show in the multiple bikes that are on display on the counter. The entry fee for a session are held low and although we have not been there lots (yet), the times we were there it was rather packed. There's a fleet of Redline bikes available for rent and also full face helmets. Last Saturday a group of girls, which I'm guessing were 12-13, stopped by to ride the BMX track on the rented equipment. The dark and dusty halls (two of them connected to eachother) make for an okay playground and it's BMX only, no skateboarding.
Read more
Scene Reports

The Dream comes true. By Krishy

Well, it is done! The Miniramp at the Hidden Island warehouse is ready to rock. And rocking is our favorite thing, so we rock sessions every day. The biggest one, I remember, have been held as the ZWANZIG ZOLL Magazine from Berlin visited us to write an article about Hidden Island. But pictures tell more than thousand words, so enjoy the photos.
Read more
Scene Reports 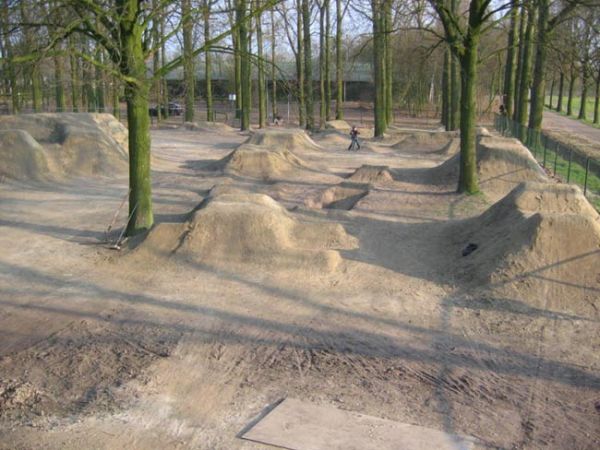 Dale Reves saw all them updates of the Helm trails and Sugar Hills and decided to send in an update on the Backyard Digger trails over in Leende, or better: The Pony trails. Here comes Dale: We've been working on our spot for the past month or so. As u can see from the pic, we added a small line if triple rollers in the middle with a small jump at the end. It's a blast to ride. Also, the tables we made into step-ups. I just finished adding a French drain at the bottom of the start hill to hopefully keep the water from standing there for so long. The pump track is getting a lot of use by everyone, it's great for
Read more
Page 35 of 44