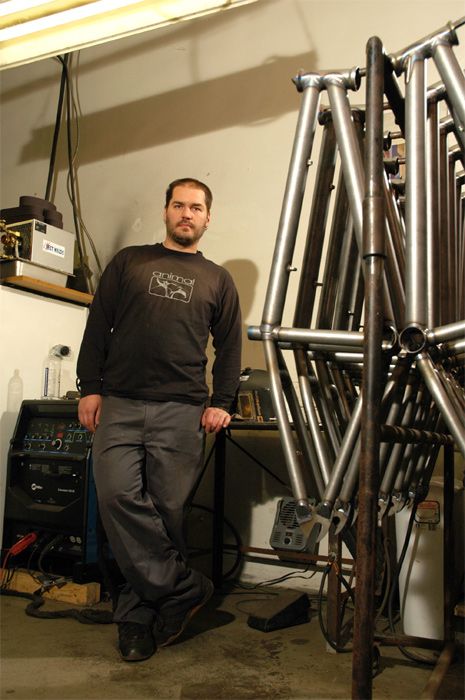 You have been with FBM for a while now, when did you start?
Dave: I believe I started working for fbm in 2000 so that would be 10 years now. Wow where has the time gone.

Weren't you building mtb's before that?
Dave: Before working at fbm I was working for a company called Spooky Cycles out of Brewster Ny. At Spooky they were a mtb company and did some bmx but not much till I came along. There I got trained to build anything from mtbs, road bikes and bmx. I worked under Frank the welder (ftw) who is one of the best frame builders in the world according to the mt bike hall of fame.

Has welding BMX frames always been "your first love" over 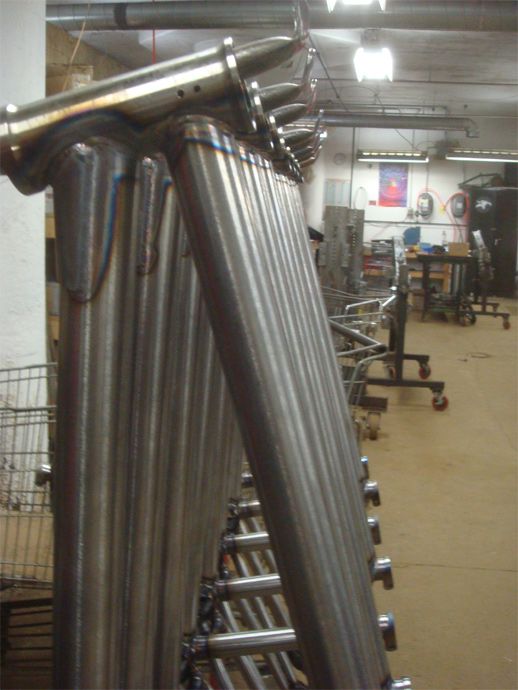 fixies, mtb's or other types of bikes?
Dave: Of course. Bmx was there first but my love for riding other bikes led to me building them as well but something about building a bmx is still really sweet.

On a perfect day, going for a record, how many frames could you weld up in a 10 hour workshift?
Dave: Well I'm not sure if you guys in the Netherlands do 10 hr days, but we only do 8 hr days here. Anyway if I have a rack of bikes all tacked up and I'm just sitting down finish welding them probably like 20-25 bikes in a day but that would be impossible to have that much time to just weld at fbm. I'm always making sure everyone is doing their job, fixing something at our building and always making sure the music is pumping. 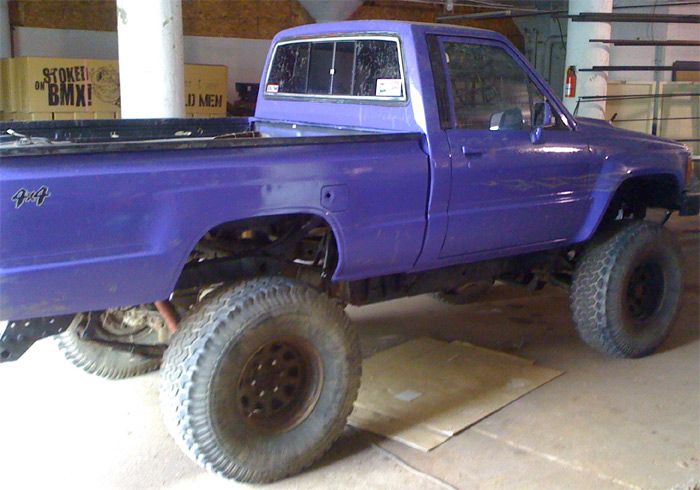 Being a welder people will always find you to have something welded up. What's the weirdest thing you welded up for someone who just knocked on the door?
Dave: We don't get too many people stopping by for welding but I do have some machine shops around town that bring me stuff from time to time. I have had a big purple truck in the shop getting the frame rewelded so the guy could go out and jump it. 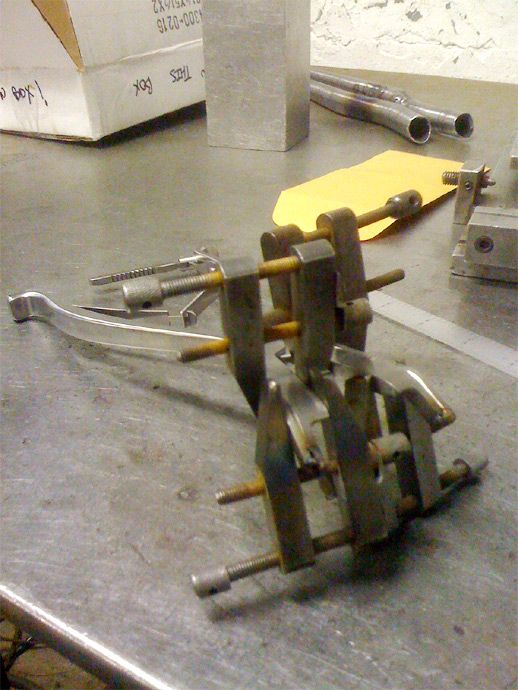 Next to building bikes, is there other stuff you weld up "on the side"?
Dave: Lately I have been doing some stainless medical tools for spinal surgery which is pretty cool but it's a little weird when they tell me to fill up these holes so blood and stuff doesn't get all clogged up in there. I also do a bit of building and welding up tanks to convert diesel engines to run on veggie oil. I do like that because I don't get to weld much aluminum at fbm like I used to at Spooky. I'm always welding up stuff for my friends from a rotor tiller to a heater grate in their house, it just never ends. 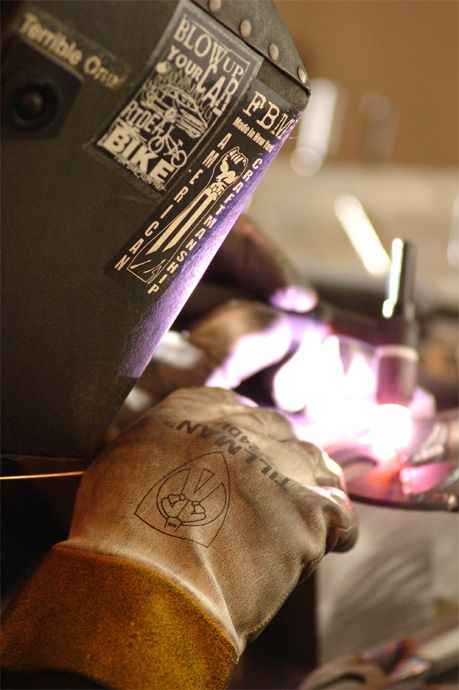 What's the secret to being a good welder?
Dave: PATIENCE, PATIENCE, PATIENCE and a lot of PRACTICE, PRACTICE, PRACTICE. I think a good teacher and one hell of a drive to learn how to weld will do the trick. When I wanted to get into the game of bike building I called some frame builder and I told him I wanted to learn how to build bikes and he just went off on me and he told me to forget it that it sucks, there is no money and don't bother with it. I'm glad I didn't take his advice.

Do you sometimes have "Monday morning" frames or "Friday afternoon" ones that are off the norm?
Dave: Of course. It's hard to work sometimes when you feel like crap in the morning or the sun is actually shining and you want to get out and ride your bike.

Do you like doing custom frames better than doing a regular production batch?

Dave: Customs are really cool because you get to do something different from the norm. I really like seeing what kids are into and I like it when they want us to mix it up and add something we think is cool. Production has its ups and downs but overall I really like doing it also. Sometimes you really feel like just sitting down and burning rod and zoneing out. 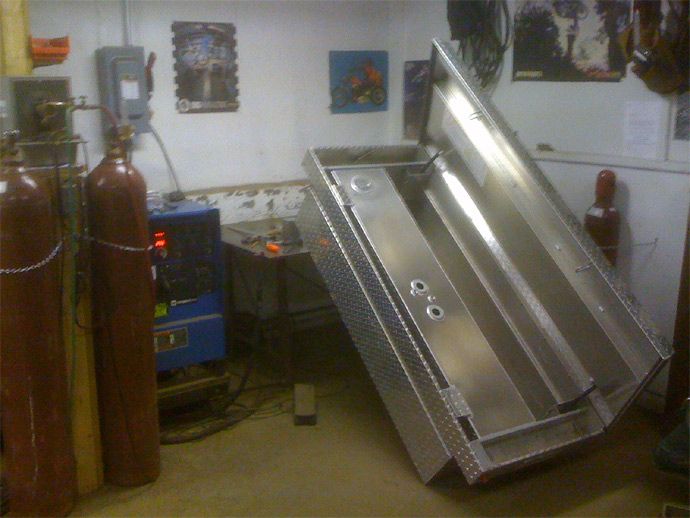 Who is a welder you have mad respect for?
Dave: Well Frank the welder would have to be in here first for sure. There are so many really good people out there who make bikes it would be hard to list them all. I'm really pumped on the Circle A guys. I like what they have going on and their shop is small but really sweet. I have mad respect for anyone doing their own thing because it's not easy to build stuff. It really bums me out when people talk crap on other people's hard work. 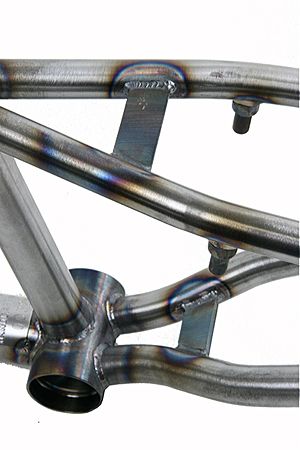 Which ones of these American bicycle manufacturers have you visited?
-Solid: Aaron has a very nice shop and that man works his butt off up there.
-S&M: Going there was a treat. I got a tour of the place by Moeller himself. It was really wild to see how much machinery he -has packed in that place. That is one well oiled machine out there.
-Standard: I went out for a Standard 10 year party I think once but they didn't have a machine shop then. I have checked out the photos of their new place online and from what I've seen it looks good.
-Quamen: I really don't know much about their operation but I do like the things they do with their bikes.
I have been to quite a few mtb factories over the years 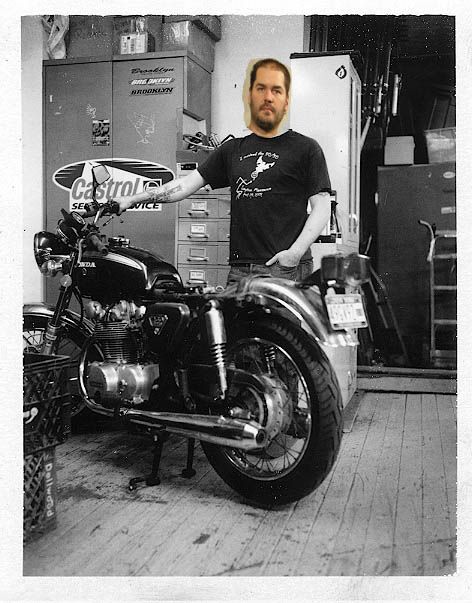 as well and it's very interesting to see how other people do things.

Do you think frames from the far east are badly put together?
Dave: Not at all. I think that no matter where the frame is built in the world you get what you pay for. I would really like to go over one day and see some of the factories overseas, I think that would be really cool.

What's the address where people can order a custom frame welded up by you?
Dave: Go to fbmbmx.com and look on the side of the front page there is a custom order form. We have a huge list of stuff on there you can get or you can see what we can come up with.