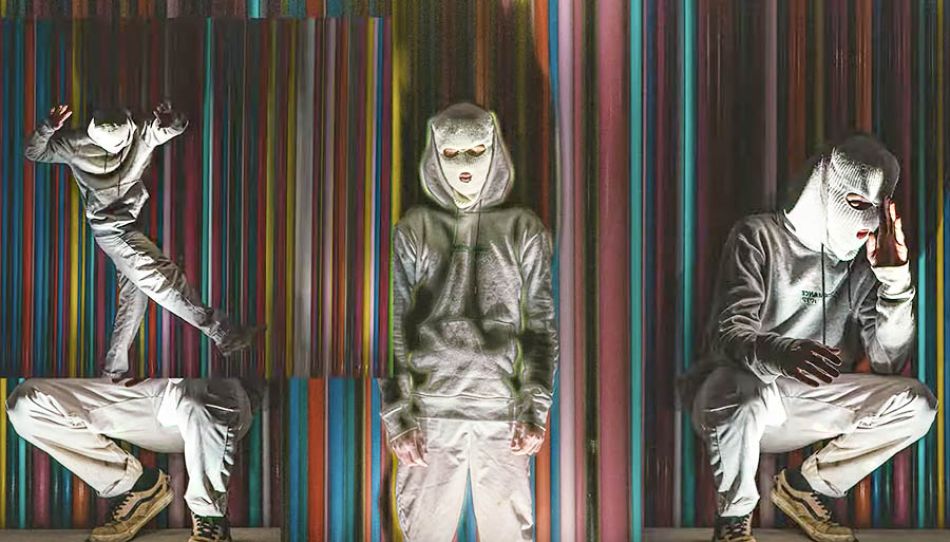 "When we first started toying with the idea of making this video project, we didn’t really know what we were getting ourselves into, but we wanted something original and different from what we see on a daily basis.

While lockdowns and curfews were easing in France back in October 2020, we decided to seize this opportunity to look at our urban environment differently. Not having people on the streets really caught our attention and we thought we might be able to produce something out of the ordinary.

After doing some thinking, we came up with the idea of riding in white clothes with a hood in order to be easily seen in the dark of the night. From the very beginning, we knew that the concept was a bit far-fetched but we decided to stick to it and see where it would lead us.

The concept is based on a city without any restaurants, any bars, anyone... a city without any nightlife. Hence the title “Necropolis”, stemming from the Ancient Greek for "city of the dead". We thought this would be a perfect fit to the situation we were going through.

Filming for this project was far from ideal... We had to deal with cold temperatures, lockdowns, curfews, police… We knew that this project wasn’t going to be an easy journey. During the first couple of weeks, we didn’t have anything to show the police if they showed up, so we would ride more in the countryside to stay out of trouble. We built some obstacles in an abandoned warehouse, drove to ditches and urban half pipes in the middle of nowhere... We basically tried to take advantage of every “unique” spot that we had within 100 km. As of December 2020, things started to become a little easier because “DIY clothing” and “Le comptoir bike shop” hooked us up with a certificate of sorts, stating that this was our job and we needed to film during the night with our fancy outfits. This was a game changer, we didn’t have to worry about being out riding and filming when it wasn’t really allowed. So we started filming in Paris, and it was a good job that we had this certificate because as obvious as it sounds, every time we went out filming we encountered the police, but somehow it worked every single time and we could continue filming.

However, being out after the curfew wasn't the only difficulty, we had to deal with the lighting as well. Indeed, for the most part there were only the two of us: one would be filming while the other was riding and vice versa, but all the spots in the countryside were not lit whatsoever so we had to borrow a generator from a friend of ours and bring it to every spot we were going to. On top of this, we were freezing during those winter months and warming up was genuinely difficult. But eventually, curfews came to an end and it was a lot easier to film with friends as well. Since the very beginning of this project we wanted some footage of the both of us riding simultaneously and to do so we needed someone else to take care of the filming.

This video project did take some time because in addition to riding BMX we are both studying, and at times we had to focus a little more on our studies. But after a year, we managed to come up with a video that we are thoroughly proud of. Furthermore, this video project is genuinely close to our hearts because we have produced everything (scenario, riding, filming, editing, music...).

Thank you to everyone who helped us in one way or another ! It really means a lot to us."