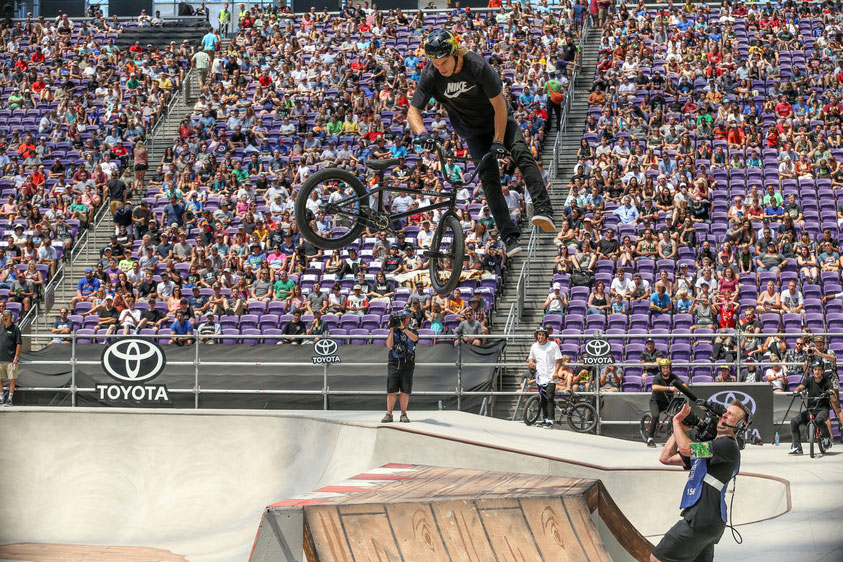 Day three at the inaugural X Games Minneapolis displayed the embodiment of the action sports lifestyle as over 40,000 fans passed through the gates to witness the worlds best skateboarders, BMX and Moto X riders battle it out in the name of X Games glory. Today's action saw the Toyota Men’s BMX Park.

Action kicked off with the Toyota BMX Park Finals where Kevin Peraza took the win on the smooth transitions of the custom built course. Between massive airs, a stylish  360 tail-whip to table top and a technical 360 nose manual on top of the quarterpipe feature, the 22-year-old from Tucson, Arizona took his first ever gold in BMX Park with a score of 90.33. Trailing a full three points behind, 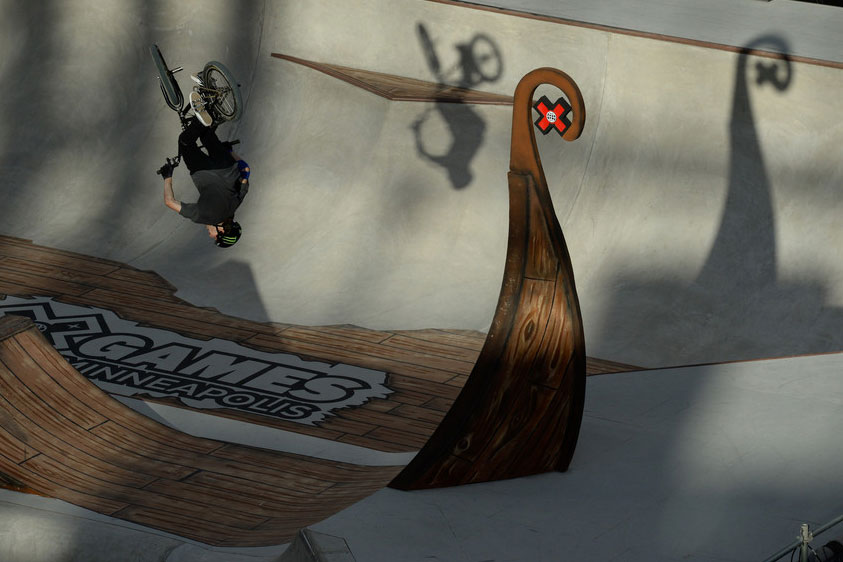 Austrailia’s Logan Martin snagged silver while Daniel Sandoval rode away with his third bronze in the event.

The night was not complete before Flume took to the stage mixing meticulously crafted beats and emotional melodies to a sold out crowd on the warm Minnesota night.

Stay tuned for the final day of X Games Minneapolis 2017 on Sunday as action concludes with the Toyota Men’s Skateboard Park, Fruit of the Loom BMX Dirt, Dave Mirra’s BMX Best Trick and The Real Cost Moto X Quarterpipe High Air before very special guests Atmosphere wrap the weekend with a concert on the Commons stage. 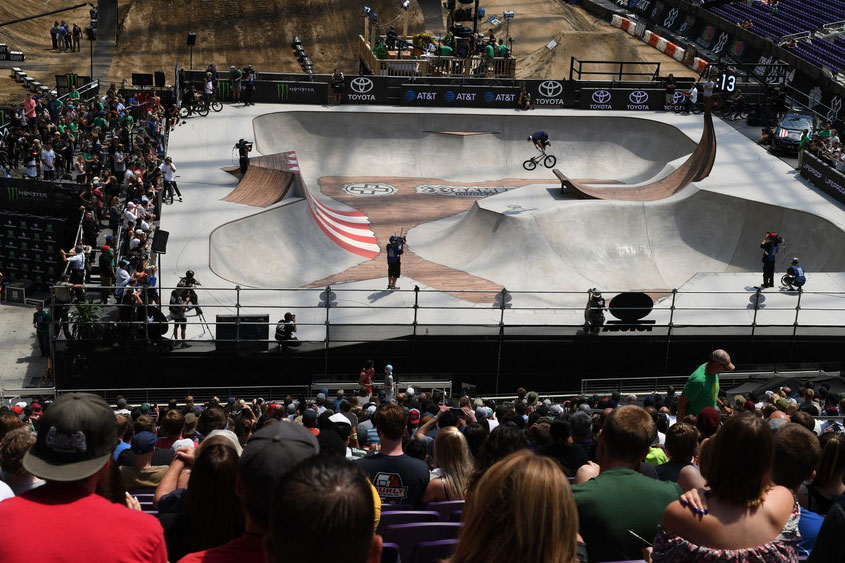 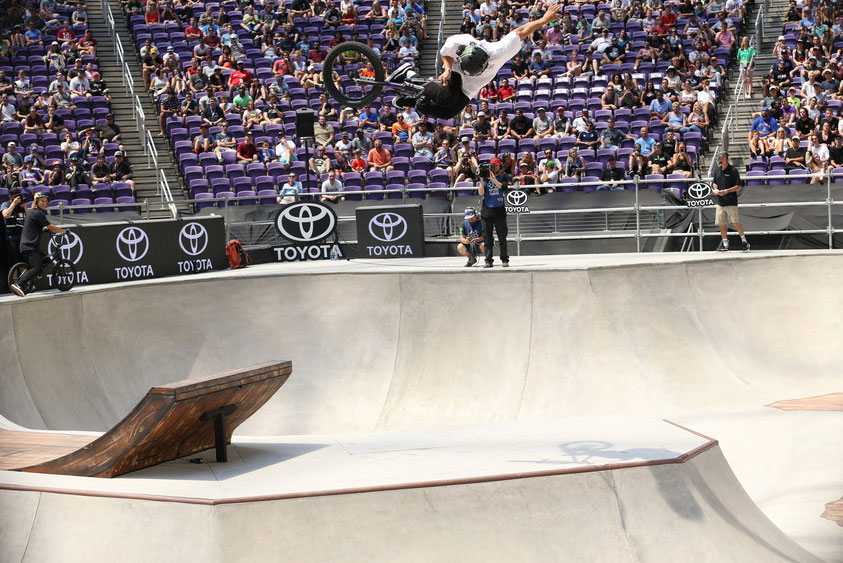