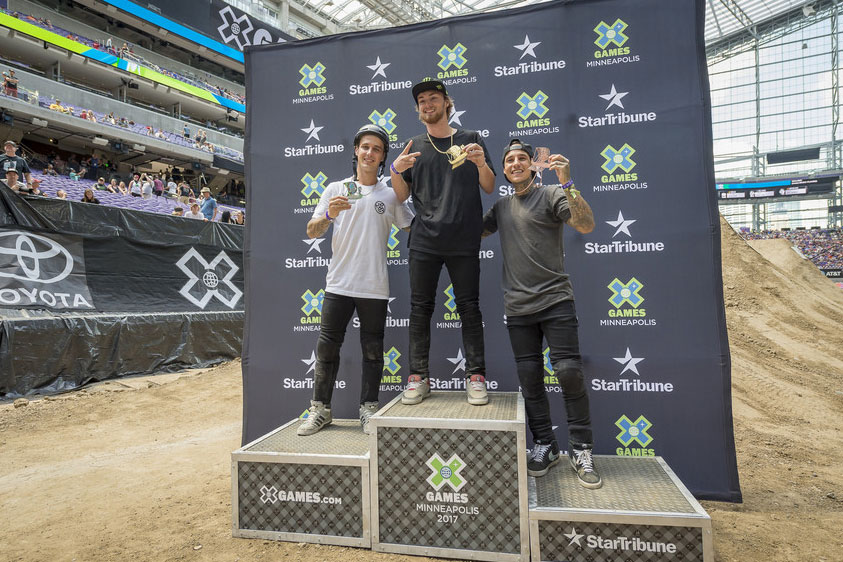 Opening the final day of competition was the Fruit of the Loom BMX Dirt Finals, an event where 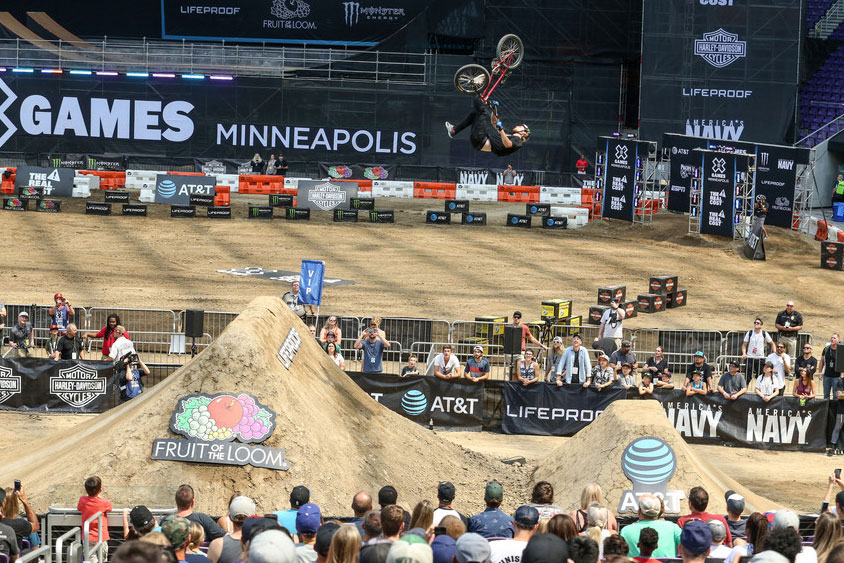 riders hit three consecutive jumps ranging in size between 17 and 25 feet before finishing their run on a quarterpipe. Today it was Colton Walker, an X Games rookie who grew up just outside of Minneapolis that took the win. In a run highlighted by a 360 double downside whip-to-late bar spin and a flair whip-to-bar spin on the quarter pipe, the 20-year-old scored a 93.00 to snag his first ever gold medal. Australian Logan Martin earned his second silver of the games with a 91.33 due in part to an impressive quad tail whip on the quarterpipe. Fellow Australian Kyle Baldock rounded out the podium with a score of 88.66. 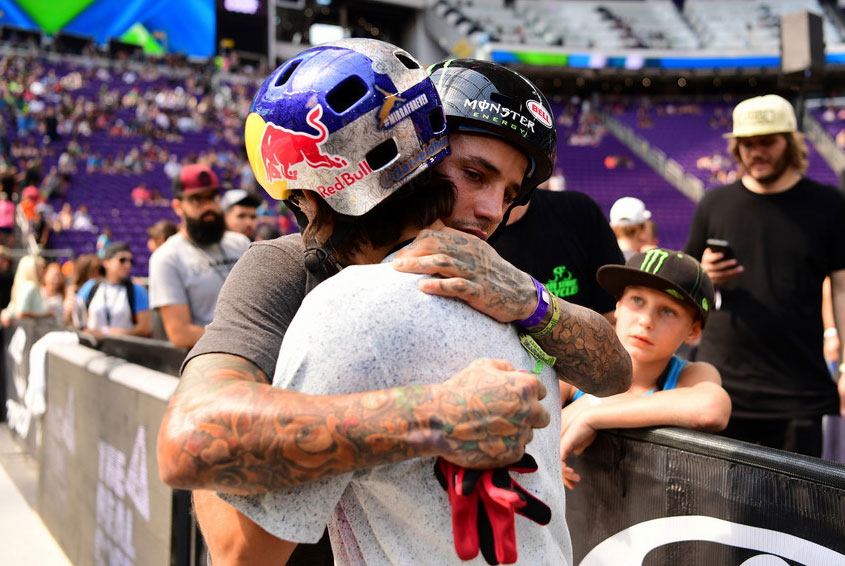 Having already won a bronze just a couple hours before, BMX superstar Kyle Baldock defended his gold from last year at the Dave Mirra’s BMX Park Best Trick final. Doing a trick that no one else is attempting at the moment, the Australian broke out the same move that won it last year, a 720 double tail whip for the win. Logan Martin grabbed his second silver of the day, missing the top spot by a singe point. Pat Casey added a third X Games medal to his trophy case with a bronze.

In total, 110,000 fans attended the inaugural X Games Minneapolis, and judging by the remarkable Minnesota hospitality and joyful enthusiasm, the move to the Midwest marks a new era in the storied history of X Games, one that continues next year — July 19-22. 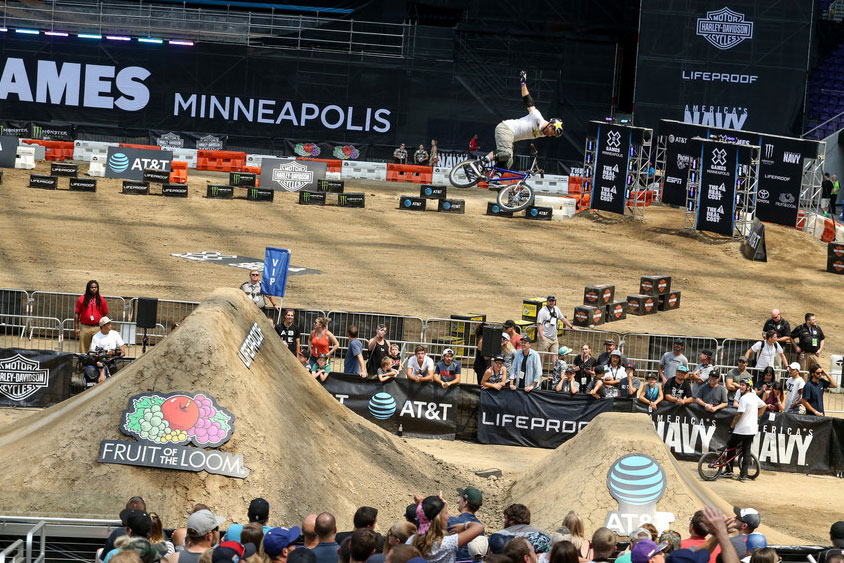 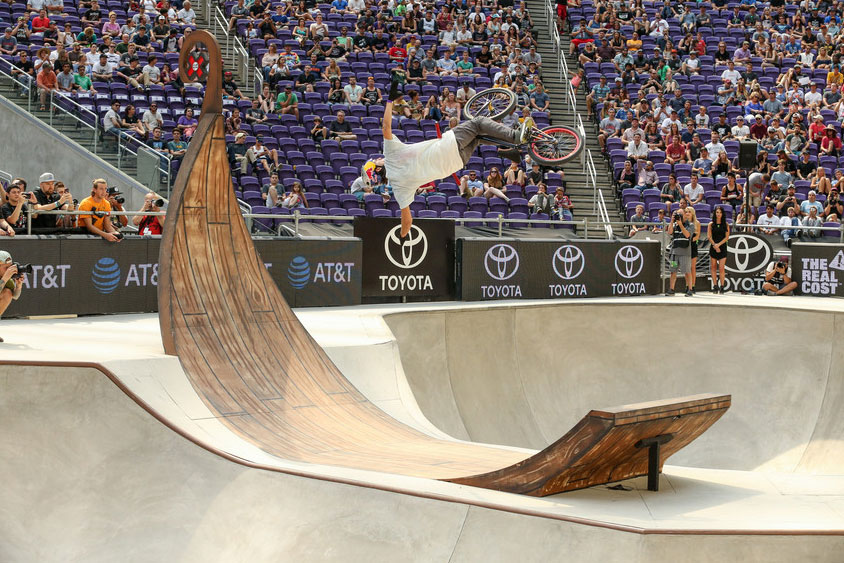