Written by  Bart de Jong
Read 6516 times
Senad Grosic has been hired by the Austrian army for special attack tactics. He takes his HARO bike and starts distracting the enemy by doing all kind of stunts. In the meantime the Austrian Army can surround the bad boys and capture them. Then Senad has to do some backwheel hops on their bodies while they're laying on the ground if they don't answer the questions correctly. If that doesn't work, a tailspin to their face will take them out. 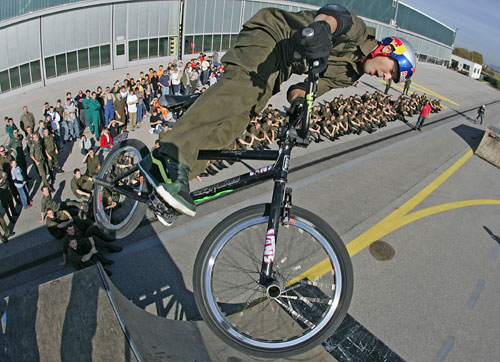 Just kidding! Senad is serving the mandatory Army service in Austria but manages to ride his bike on a regular basis. In fact, he did some demos at his military base. You can find the photo's of that session here. Senad will be out of there as soon as possible so he can pick up his regular life of traveling, having fun and riding his bike. Hang in there Senad! 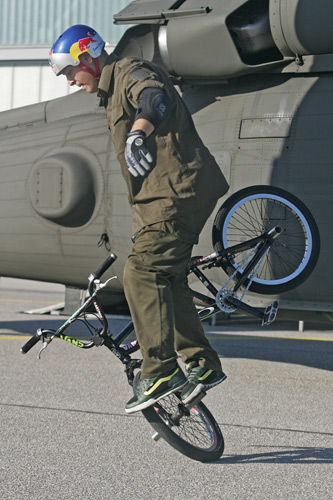 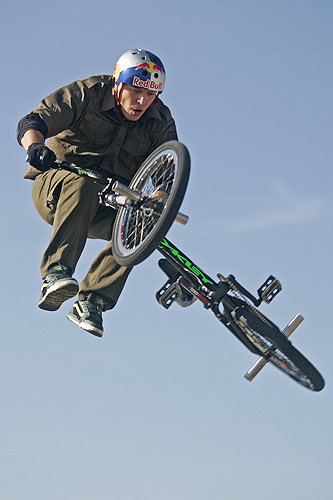 More in this category: « Joe kid on a Sting-Ray â€“The History of BMX. DVD out now! Inertia Bikes products are finally available! »
back to top