Written by  Bart de Jong
Read 6890 times
We didn't have much time left after the interbike expo to show up at the FITLIFE premiere. The taxi line was 60 yards long so we decided to take that limo that was waiting in front of us. We could even bring the GCD beer inside that Dave hooked us up with. "One for the road" he said.... 10 minutes later and almost running over our brother Brian Kachinski a few times who was riding his bike there, we made it to the Hard Rock Hotel. 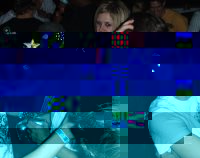 friend Phil, Harry Schmid, Paul de Jong and myself paid 7 bucks each and were already eating at Mr. Luckies while the others were still waiting for their cab at the Sands. 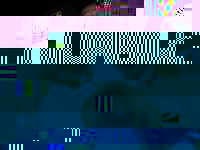 The FITLIFE flyer said: "Limited capacity; don't be that guy!" so we showed up in time. Robo hooked us up with a wristband and sent us up to the second floor; open bar! Word brother! We made a few trips to the bar to get ready for the FITLIFE video which could be viewed on big screens up front and widescreen flat tv's all over the place. No need to be as tall as Pete Augustin to get a good view on the screen. FOX Racing was a big sponsor of the premiere and it showed. We would have drank FIT's promo budget down the drain in no time........ 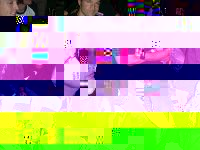 The vibe was great. BMX friends and riders everywhere. Wherever you turned your head there was someone new to chat to. To me, moments like these, are what it's all about.  It wasn't your local posse only, it was 1500 people in one room that were out there to check one of the most anticipated BMX videos. I shared a table with Paul, Andy Z, Nielswheels, Pete Derricks and Mat Hoffman and we were more than ready for FITLIFE. 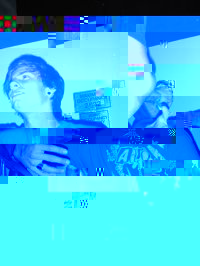 I'll cut the review short. The video rocks, go get it. Van Homan's part is insane and I yelled out a couple yeah's  for Chase Hawk. Some people just have it. Grandpa Foster had one of the better parts too although the only trick he did was a table.  Enough to get me stoked. The sound track is awesome and should be on everyone's i-pod.  Props to Wiz and Robo on the vid. 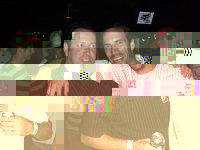 Thanks to Andy Z for the photos. We had just bought a party camera before the Vegas trip but forgot to bring it to the FITLIFE premiere. True professionals we are....