He will face a strong challenge not only from the American pros, but also fellow Brit Wallace who was second in last year's Braun cruZer Tour. Italian Barbero, who won the Pro Park competition at the 2006 Suzuki BMX Masters could be a good outside bet while Kohne, Miller and Mahoney will also be keen to get their hands on a share of the 5,000 EUR first round prize. 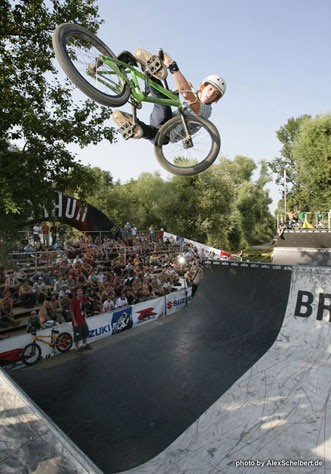 After a qualification round on Friday May 18th, the stage final will take place on Saturday May 19th at 6pm.

Thanks to sponsors Suzuki and Dickies, the Braun cruZer Tour 2007 comes with a huge total prize pool of EUR 30,000.

Event dates making up the Braun cruZer Tour are:

More in this category: « Too much news. By Felt BMX's TM Alan Foster Grounded DVD premiere: 18 May 2007 »
back to top