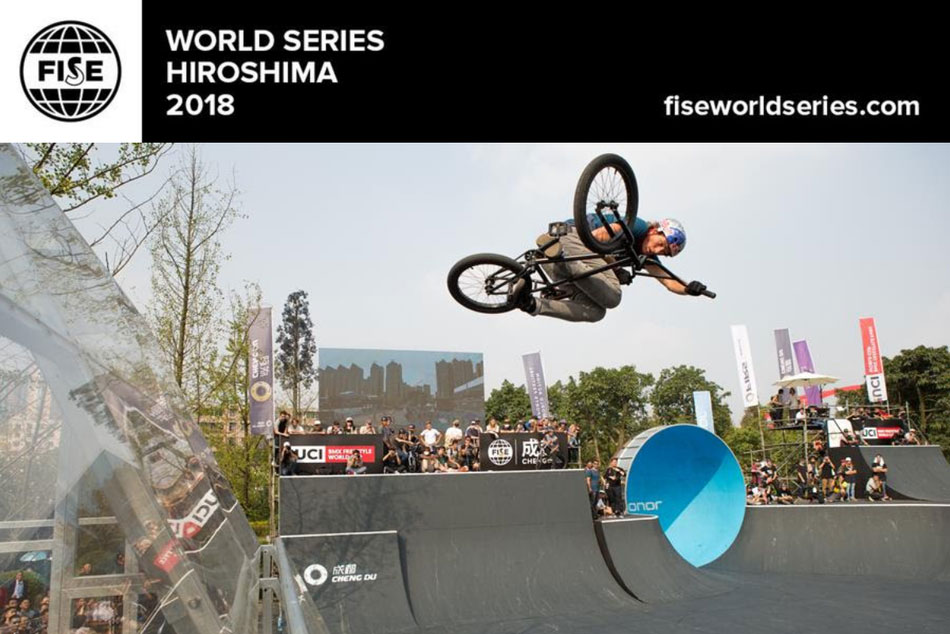 The 2018 season will get a rad opening in Japan. From April 6th to 8th, Hiroshima’s former Municipal Stadium will be home to the FISE action sports and peace festival. FISE World Series 2017 concluded just one month ago in Chengdu, China, but it is already time to prepare next season’s grand opening. Action sports festivals such as FISE are experiencing worldwide growth, especially amongst young people.

Within this new context, FISE Hiroshima can be regarded as a significant step forward in generating awareness of, and interest in, youth-focused events like Skateboarding and BMX Freestyle throughout Japan. The festival will feature a strong focus on events that can be enjoyed casually by young people and women throughout the city.

Since its creation, the FISE World Series has a proven record of attracting an extraordinary amount of spectators. Supported by the city and the wider prefecture, Hiroshima’s festival will enjoy high publicity thanks to the best international and local Japanese athletes, together with promotion both home and abroad. Taking place within sight of the Hiroshima Peace Memorial, the festival will also express a

powerful message of peace consistent with Hiroshima’s culture of working towards international peace.