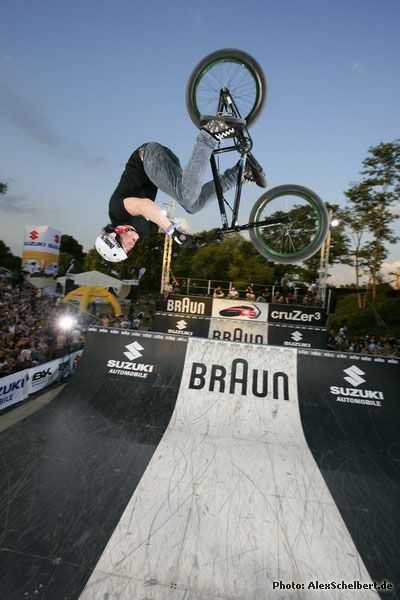 We're starting this week's FAT-Friday off with news from DJ who did this from the VIP room at work that has free internet and tea. Thanks for coming through DJ.

-After 2 unforunate accidents in quick succesion Mark Webb is only a month away from being certified fully fit again & will be riding the first round of the Braun Cruzer Tour in Montpellier @ FISE in a few weeks. Mark has also just had a 7ft mini ramp built in his garden by Shaun Scarfe & crew so he doesn't have to travel too far to perfect his skillage.

-I'm MC'ing @ FISE this year which I am pretty stoked about....
apart from MC'ing flatland,as I have'nt MC'd a flatland contest since King of Concrete 1995 where we just messed about & played the theme from the muppet show... I'm pretty sure these guys are somewhat more serious these days? Maybe come to FISE to see me get my ass kicked by the whole rider list in pro Flat???? 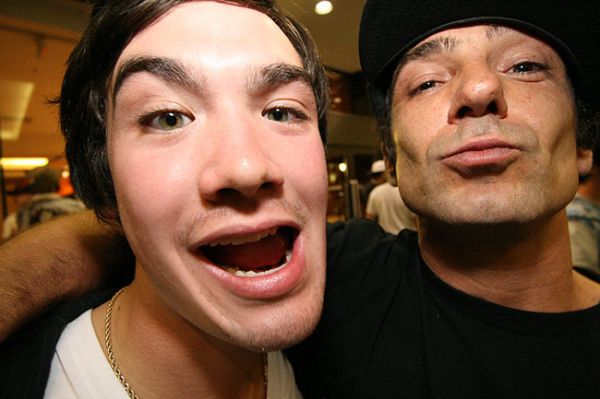 -US Haro flow rider Mike Fede is making the trip over to Cologne in July for the Suzuki BMX Masters & will hopefully be bringing the Courvoisier drinking Mike Ish with him too?

-The legend that is Chris Job is moving 179.7 miles from his beloved Wolverhampton down to Colchester for the love of his new lady!

-Dennis Enarson chipped a bone in his elbow whilst stomping his way to 2nd place in the JoMoPro contest last weekend. 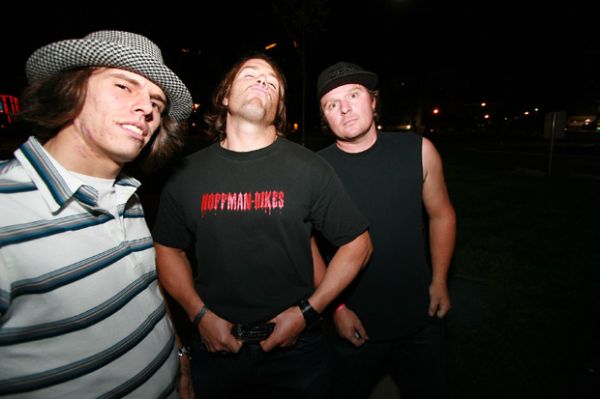 -Daniel Dhers is down to ride every round of the Braun Cruzer tour again this year starting with FISE, then NASS (hopefully this time the airline will send his luggage?) in the UK & finishing up in Cologne @ The Masters. Hopefully he'll make enough to purchase himself a new pinky ring?

-Fit again after ACL surgery, Louie Smith will stay with Premium products in the UK & is currently sporting a completely new rig with all Premiums latest offerings including the new "sub-9" stem which, as the name suggests weighs in at just under 9 ounces. 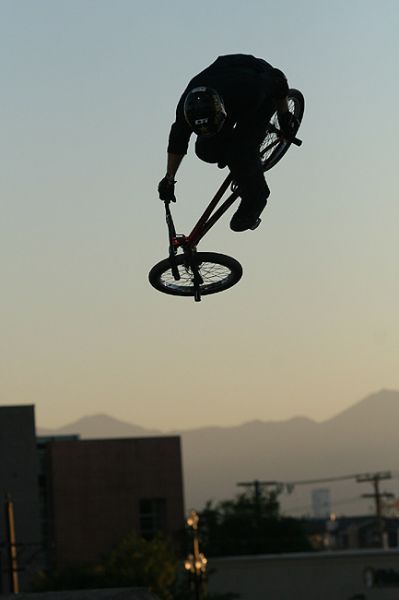 -Ryan Nyquist will be in Germany this weekend for the T-Mobile Playgrounds Dirt session aboard a Haro Counterpart which is the 1st time in 10 years he isnt aboard a signature bike.

-Steve Buddendeck & Corey Muth's Verde bike company is being distrobuted in the UK by Shiner Ltd.They got a nice looking line on offer which you can check out at www.verdebmx.com

-Scotlands finest brand BSD has an all new website up & running www.bsdforever.com where amongst other things you can see pics of their prototype "Forever" frame.

-Ronnie Remo returned from his honeymoon travelling around Thailand & is already planning on leaving his new wife home alone & hitting up the 1st two Dew tour stops (Baltimore in June, Cleveland in July) this year.

-And lastly, I've heard whispers of another big Haro bikes contest with the winners going on an international roadtrip???? 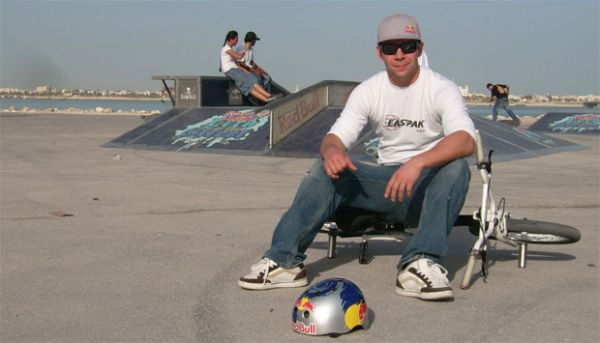 -We're about to leave for the Dirt Session in Germany that you can follow live on the internet again brought to you by our friends at Freecaster.tv. Nyquist, Forte, Wicke, Guettler, all them dudes will be there. Expect stuff from Duisburg in the next couple of days.

-If you missed last weekend's UCI Supercross in Australia, here are the Elite Men results: 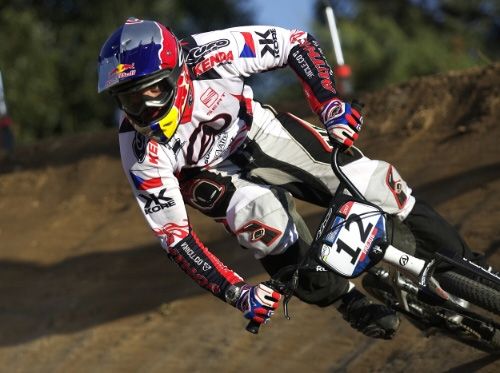 For more on the event, go here.

-The JoMoPro contest took place last weekend and if you missed that one too for whatever reason, you 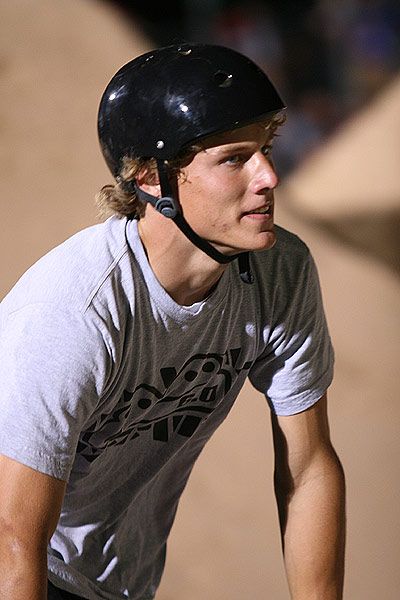 missed out on a lot of amazing tricks. James Foster took first place in the Best Trick contest and won a brand spanking new Harley Davidson! How nuts is that? His trick? The Dishwasher; 3-whip to tailwhip back. Here's your pro final top ten:

-So many videos this week from Old school to new stuff. Just scroll through the news and find them. 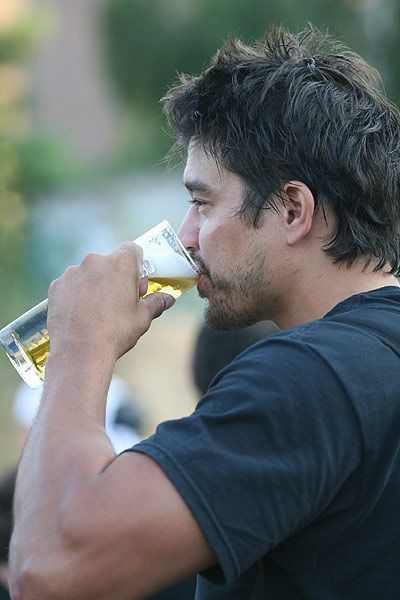 -If you want a BMX Job in the UK you might want to apply for this.

-We received an e-mail from Tom Parsons this week asking for directions to Sheep Hills and Hidden Valley. Tom who? Turns out that Tom is in Cali right now preparing for a race in Las Vegas. Yup. Tom races Chad Reed on a weekly basis in the Supercross circuit. With a few Mapquest maps and directions he will show up at the spots in the next few days.

-If you want to read about the first ever FAT-JAM you can go to issue # 7 of FAT-'zine that made it online last Saturday. Tomorrow we will have issue # 8 for you. These 'zines are getting more interesting by the week aren't they? 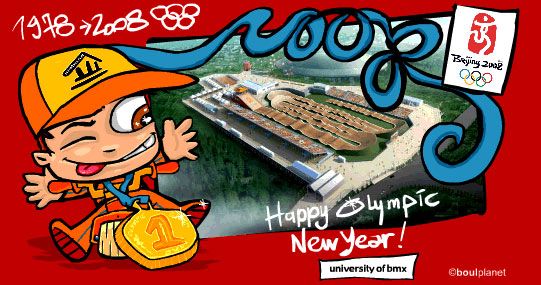 -We have booked our holiday chalets for the 30 years BMX reunion at Ponypark Slagharen. If you have ever been to Slagharen for a BMX event and need an excuse to go back, this is it. 3-5 October 2008 is the date. The kids will love it too. More info on Gerrit Does' website.

-VANS will send their riders on the road. First up is the trip to North-Spain/South of France with Chase Hawk, Ty Morrow and Colin MacKay being flown in from the USA to meet up with Tobias Wicke, Alessandro Barbero, Bas Keep, Mark Webb, and Ben Hennon. This summer it's up to the Vans UK team to hit the road giving TM Mad Jon the time of his life.

-We'll cut this off right here. It's weekend! Enjoy.

More in this category: « Highway to Hill contest Mellowpark, Berlin, Germany DC AND SE BIKES JOIN TO LAUNCH THE QUADANGLE »
back to top