DC AND SE BIKES JOIN TO LAUNCH THE QUADANGLE 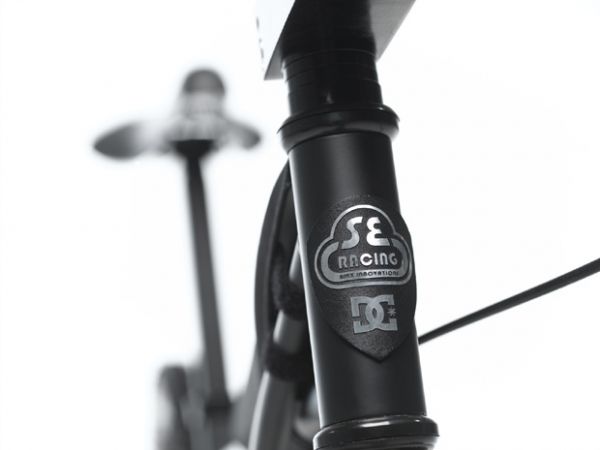 DC and SE Bikes have joined together to release the Quadangle, a classic frame from SE’s stable. The “Loop Tail Quad”, as it was known, will be the second joint release from the DC x SE partnership. The two brands released a recreated PK Ripper in April of 2007. Less than 500 redesigned Quadangle bikes will be released Spring 2008 to exclusive shops worldwide.

"This bike is an absolute work of art... a testament to the design brilliance of Scott Breithaupt, and the inventive SE Racing ethos
of that time,” said DC Co-Founder Damon Way. “We are truly honoured to have the opportunity to align with SE to deliver a project of this caliber". 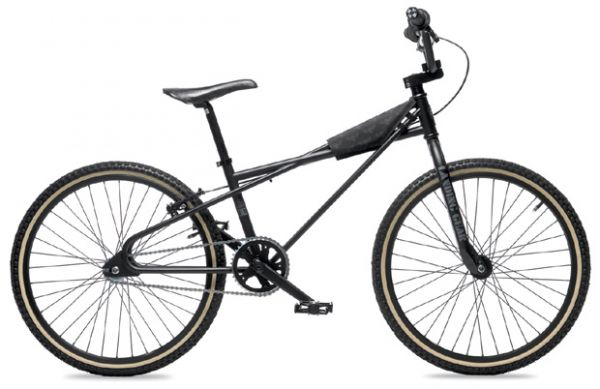 The 2008 DC x SE Quadangle has been redesigned in a new aesthetic. It has been revamped as a 24-inch cruiser, the first time this larger size has ever been featured on this bike. Like the original 1979 version, the bike features a black frame, but custom DC x SE pads and head badge have been added, to keep shared branding with the first DC x SE project, the PK Ripper.

The original SE Quadangle was created in 1979 as Stu Thompson’s signature bike. It was quickly dubbed the “STR-1”, which stood for “Stu Thompson Replica 1”. After some design changes it was given several new nicknames including the “Quadangle” and “Loop Tail Quad” based on its new design. This version would be made from 1979 to 1982 before being updated into a newer non-loop tail design.

The frame would go through additional design changes in the following years and a new frame was created in 1984. SE used the newly designed Quadangle to address the rising popularity of the Freestyle market by adding frame standers, a coaster brake mount and a steeper head tube angle. This would be referred to as the “Freestyle Quad” and was coupled with a new version of its custom “Landing Gear” fork called “Standing Gear”. This new version of the frame and fork would only be offered in 1984 and 1985. From 1985 to 1994 the design remained untouched. By the late 1990’s the frame was converted over to alloy from the original steel construction, which forever changed the aesthetic of the design.

This 24-inch Quadangle is the second in a series of three limited edition bikes from DC and SE Bikes, all designed to embrace the heritage of the brand and the sport. Truly a collector’s item, production will be limited to less than 500 bikes. For more information on the project, please visit dcshoes.com/quad.