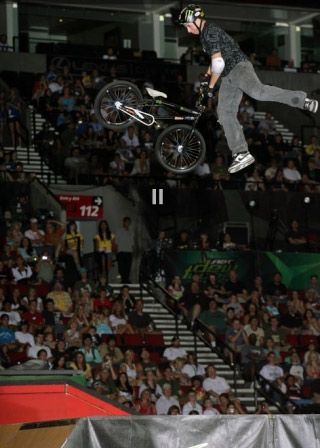 The AST Dew Tour, announced the live Sunday, August 24 broadcast of the Wendy's Invitational in Portland, Ore. took in a 2.7 overnight rating. This marks the highest rated Dew Tour broadcast in its four-year history along with being the highest rated daytime action sports broadcast in history. Sunday's broadcast benefited from an NBC Olympic broadcast "lead-in," the final day of the Beijing Olympic Games.

Immediately following NBC's last competition telecast from Beijing, NBC aired live coverage of the BMX Park finals from the Wendy's Invitational in Portland, Ore. on Sunday, August 24 (4 - 6 p.m. ET.) The Dew Tour broadcast was the third highest rated sports program over the weekend behind only television's powerhouses, the Olympics and NFL.

"The NBC Beijing lead-in gave us the opportunity to expose first
time-viewers to the world's best action sports athletes," said Wade Martin, AST President. "These are amazing engaging athletes and competitions, and we look forward to building on the momentum this broadcast has provided."

The complete 2008 AST Dew Tour schedule is as follows:

More in this category: « Dhers continues to win Highlights Summer Session. Who are those fools on stage with Pennywise? »
back to top