Flip through issue 02 of the infamous FAT-'zine 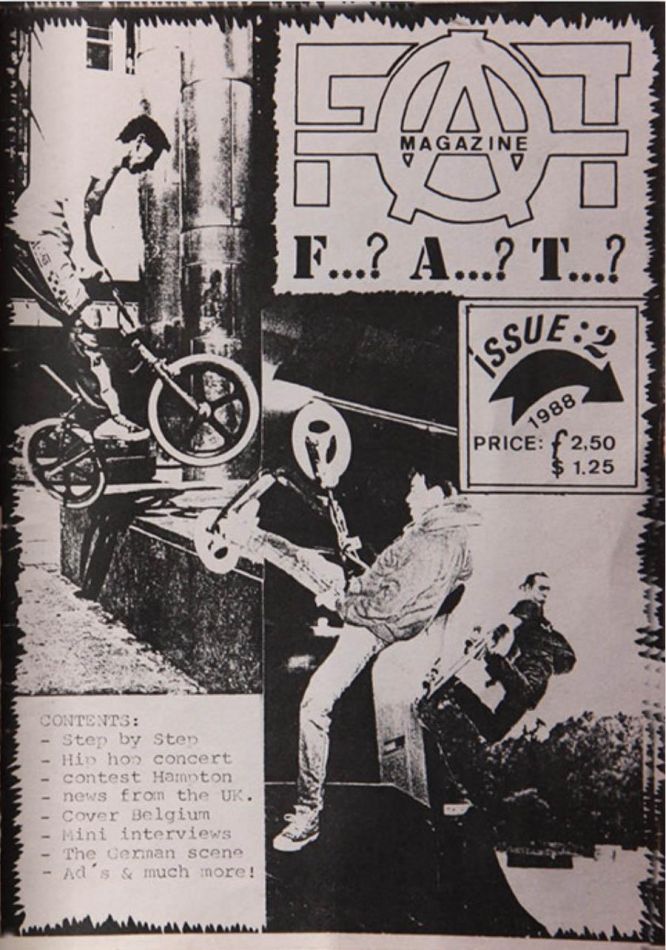 Starting from issue two we had a little theme going. We had regular sections such as the Believe it, or not!? page where we could make up news and leave it up to the reader if they believed it, or not. We also had the RAD/LAME list which was liked and feared at the same time. The free sticker of issue two came from Lageja skateshop in Eindhoven. A shop that supported us through thick and thin.

The rap concert report this time was from the Just-Ice & DMX concert in Den Bosch. Good times, good times.

More and more English text so by now you should be able to read most of the FAT-'zines (if you don't know how to read Dutch). There's a report from the skate contest in Belgium which was also a good time. Scooters were still hot (in our eyes). Remember, we were living in the year 1988.

There's a German scene report by Robert Moeller and a report from the UK by Dave Beveridge (RIP).

Paul writes about his last contest in Hampton, Virginia and of course there is some grafitti art by Speed this time.

Mini interviews were published with skateboarders Marcel Jansen and Floris Mansvelt-Beck. Flip through the pages and go back in time, 20 years to be exact. 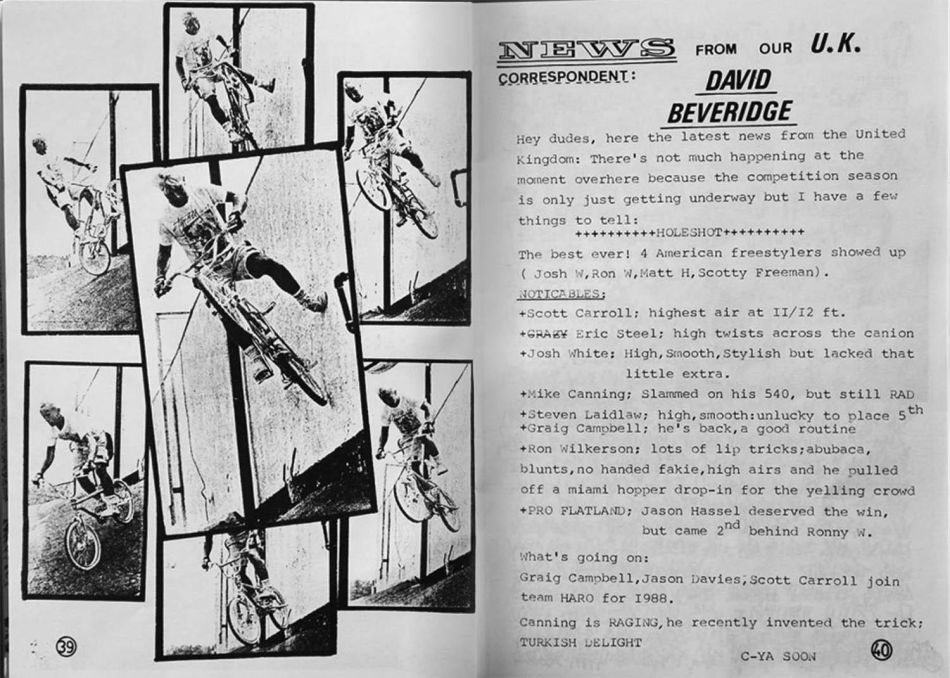 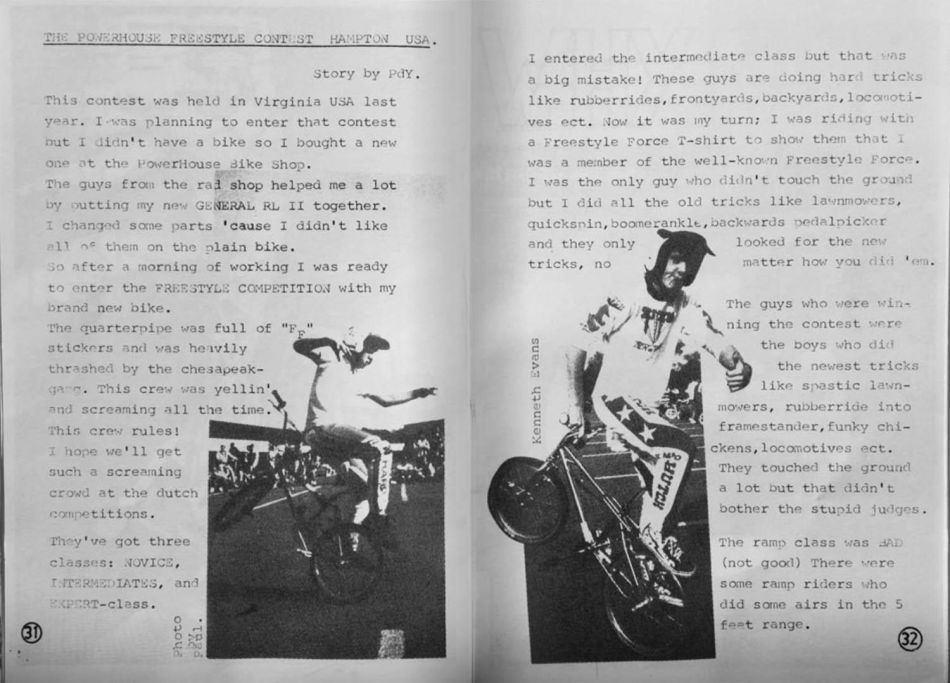 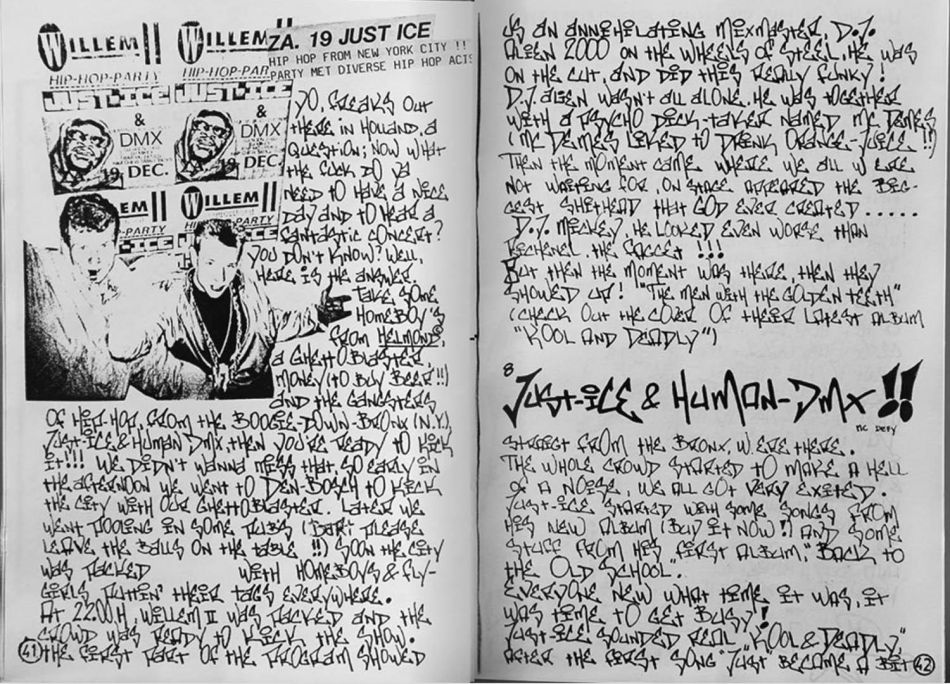 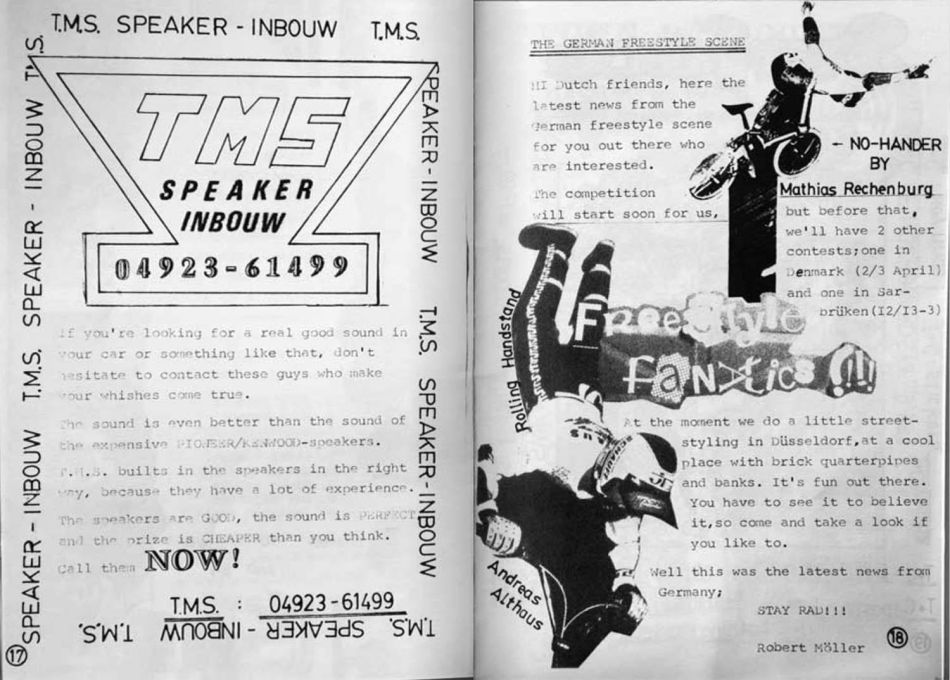