Stoppelcross November 2006 – ‘Another day in the field’

The debates of whom was going to be the fastest from the Fat bmx team had been going on for weeks. Finally the 6th of November was there to take home the personal trophy for beating your pals on the corntrack in Handel. After a short training session we geared up for the first series of 15 minutes and one round, luckily Paul, Edward and I got in line early. There was no lottery for the best place at the start, the first one to come had the best pick. All three of us had a good place at the starting gate so everything was fair so far. As soon as the starting gate dropped everybody was gone except............. me. My Honda shut down (no excuse) and I left the start as number last. 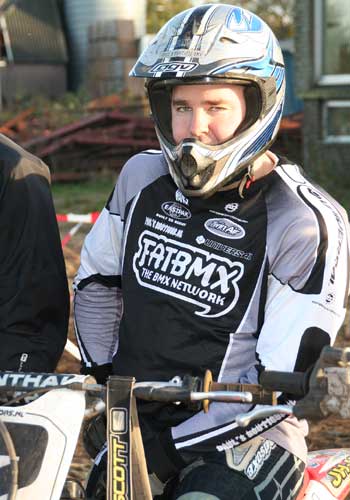 My goggles got foggy from cursing but luckily I got my bike running quickly for the pursuit. The second turn after the long straight I got back at the last riders from the field and was able to pass quite a few of them but unfortunately Edward and Paul were far gone and left me no chance to catch up with them.

Paul and Edward had a good race, they were throwing elbows at each other and switching places throughout their batlle with Paul being the winner of our personal challenge in race 1. 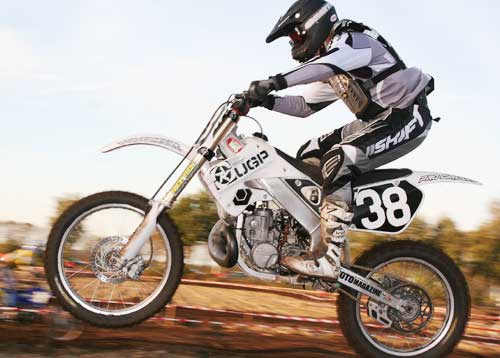 Since my first race was bad I had to line up on the second row at the starting gate. Paul and Edward were side by side on the first row so I positioned right behind them. Edward was gone like a rocket with Paul in the middle of the field and me on Paul’s rear fender. There was a pile up at the first turn after the long straight where Paul pushed his way through and I got stuck. For the second time I was in pursuit till I crashed on a pretty small jump with two other guys crashing over my bike (luckily not over me). I decided to finish the race without hopes of catching up with the other two also because the track got quite heavy. A large part of the track became like one big whoop section after all the races that day. Edward fell back during the race because of serious armpump problems, leaving Paul to be the winner of our batlle. He is still the man to beat. 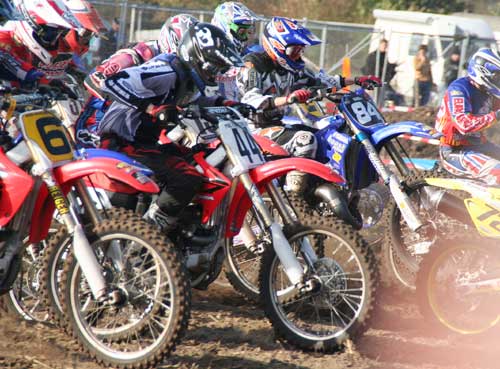 Bern Buster did very well in the licensed class. Although he still needs to get used to his brand new 2006 CRF 450 he finished the races on 7th and 5th place. He had a good day with no regrets from switching from his 250 two-stroke Yamaha to the 450 four-stroke Honda.

Again we all had great fun that day. Better luck for me next Sunday in Boekel, be prepared my friends since I got some things to set straight.