Written by  Bart de Jong
Read 34027 times
3D BMX TRACK MAP. Wondering how the track is going to look like at the 2006 UCI BMX World Championships or the next round of the UCI BMX Supercross World Cup? Look no further, the UCI is pleased to announce the introduction of 3D graphic designs of all upcoming (and yet to be build) UCI tracks at World Championships and UCI BMX Supercross World Cup. The 3D design is created by computer graphic genius Daniel Ahlgren, based on track design drawings from master UCI track builder Tom Ritzenthaler.

2006 UCI BMX WORLD CHAMPIONSHIPS, SAO PAOLO BRAZIL
In preparation for the upcoming UCI BMX World Championships in Sao Paolo, to be held 28-30 July 2006, a site visit to Sao Paolo was carried out by the UCI staff in early February. The UCI is pleased to see the progress of the upcoming event and the good corporation between CBC (Confederaçao Brasieira De Cicliscmo), CBBX (Confederçao Brasileira de Bicicross) and the sports event company Gayotto. In addition, the support from the Sao Paolo Government was impressive with their intention to construct several new infrastructures at the Mario Covas Olympic Park. For general information regarding the event, lodging and travel, please visit  [url=http://www.uci.ch/modello.asp?1stLevelID=LB&level1=1&level2=0&idnews=3976]  the UCI website.[/url] The World Championships will be held at the Mario Covas Olympic Park, where a new permanent track will be constructed by UCI track builder Tom Ritzenthaler in June 2006.

2008 UCI BMX WORLD CHAMPIONSHIPS AWARDED TO TAIYUAN CHINA
As previously announced, the 2008 UCI BMX World Championships was awarded to Taiyuan City, China. With the intention of growing the sport of BMX worldwide, the UCI has been given an excellent opportunity to showcase and develop BMX in the largest country in the world.

Taiyuan City is the capital of the Shanxi province, and is located app. 1 hour flight southeast of Beijing. Taiyuan has a great and rich history stretching over 2500 years and is the initiating place for many dynasties in the Chinese history. Nowadays, Taiyuan is a modern city with an international airport, serves a a major railway hub and a fast growing city structure with many luxury hotels and restaurants, to accommodate for the growing tourism market.

The 2008 UCI BMX World Championships, 30 May to 1 June 2008, will be held at the newly constructed Chinese BMX high-level training centre located 15 minutes outside the city centre, at the 210 hectare Forest Garden recreational park. In the years leading up to the 2008 UCI BMX World Championships, Taiyuan are planning to host several international BMX event to further promote the sport of BMX. 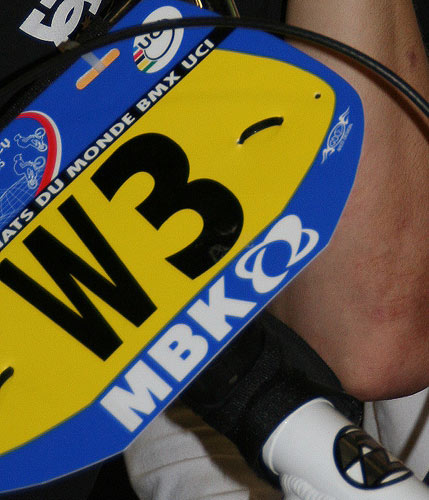 The second and final round of the UCI BMX Supercross World Cup, will be held 7-8 October 2006 in France, with the venue yet to be confirmed.

2006 UCI BMX RANKING
The UCI is pleased to introduce the UCI BMX ranking and results in a new format directly linked to the UCI website calendar. With the UCI Continental Ranking already in full swing almost on all continents, [url=http://www.uci.ch/ucinet/uci.asp?page=rankings&discipline=bmx&ryear=2005&ridercategory=me&l=eng] please bookmark this page.[/url]

More in this category: « Jumbo ONK 1 Gemert, The Netherlands. Story + pics added. FORMULA RIDERS STILL ON TOP OF POINTS HEAP »
back to top