Written by  Bart de Jong
Read 6207 times
The new 07 line up Free Agent World Team has had a busy weekend World-wide with some good results to kick off the new season. -New Australian sensation, Caroline Buchanan, just secured the Mountainbike Bike 4x Australian National Championships last week, only then to hop back on her BMX and take another win at the UCI event in Melbourne this past weekend. Caroline is not only racing BMX for Free Agent, but also competing for KHS in 4x and Downhill and aims to race at both the BMX and Mountainbike Worlds later this summer. Can she medal in all three disciplines, something no one has ever done in the same year? Stay tuned. Our other Free Agent World Team rider from Australia, Nicole Callisto the 05 Junior World Champion, suffered a bad crash at the same event and was unable to carry on racing the rest of the weekend. We hope she makes a speedy recovery. 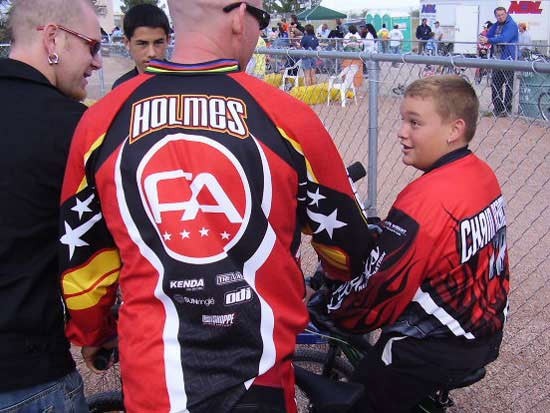 his Free Agent and European quest for the Olympics with a strong 5th place at the 1st round of the European Championships indoor series in Zwolle Holland. Kelvin, who is also part of the British National Team, says he loves his new Free Agent Limo and even though he is still in the early stages of his winter training, a 5th place against some of Europe's best means he's on his way to a good year and a great start towards his main goal, the 08 Olympics. Kelvin will be out in the States for more training and racing in the month of March. 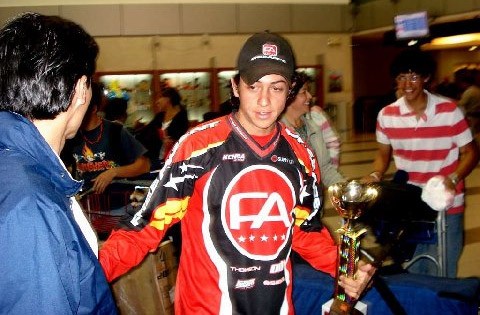 -New Free Agent World Team rider, Fausto Endara from Ecuador, is having a great start to the year. He has won all 4 of the UCI South American rounds in the Junior men's category so far and looks set to be one of the main contenders for the UCI Worlds in Canada later this summer. What's cool about this is that now racing is in the Olympics, BMX is getting some great outside media coverage in some countries, thanks to the Olympic vibe. Fausto and the Ecuador National team were greeted Monday night when landing back home in Ecuador from Chile where they were racing a UCI South American round, by a bunch of press waiting to interview them when they got off the plane. Cool stuff and great for BMX .

More in this category: « Looptails are coming. TL wins in Shenzen. Euro Indoor Series (round 1) Results Zwolle, The Netherlands »
back to top