DC and SE Racing join to celebrate the legendary history of the P.K. Ripper 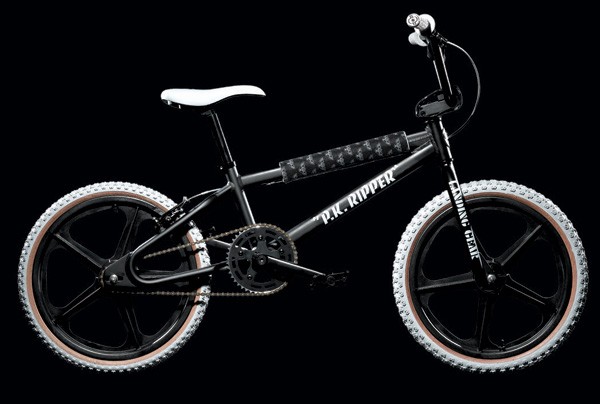 To celebrate the 30-plus years of BMX history and the original P.K. Ripper, DC and SE Racing are joining forces to re-release the P.K. Ripper bike in its original aesthetic for an exclusive limited edition project named “30 Years of Radness”. "With this project we hope to pay tribute to a legendary era of BMX”, says Damon Way, Co-Founder and Executive Vice President of DC.
“30 Years of Radness” is a first of its kind exhibition in London which celebrates the BMX explosion onto the world stage in the 80’s, what many consider as the “golden period”, and its endurance from it.
Over 40 vintage BMX bikes, clothing, magazines, race shirts, videos, stickers and patches from the 80’s will be on show that will give you a snapshot of this pioneering period in bike design and riding.

The exhibition (free admission) will see Europe’s premier viewing of the limited edition re-release of the P.K.Ripper and alongside it there will be classic bikes from Haro, Bassett, Redline, Diamond Back, Hutch, JMC, GT, Skyway, Vector, Profile, Patterson, Kuwahara, 20” and cruisers which have kindly been donated for the event by Radbmx.co.uk, one of Europe’s top vintage BMX sites. 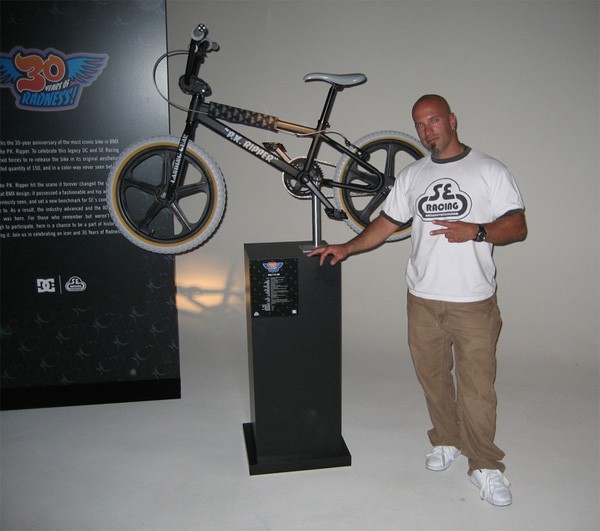 BMX riding began to take shape in 1963 and seven years later in 1970 a teenage entrepreneur Scot Breithaupt started the ‘Pedal Cross’ races in London Beach, California which is what many consider to be the birth of organized BMX racing. Scot captured the first US National BMX title in 1976 and soon afterwards started SE Racing (standing for Scot Enterprise). From that initial revolution, SE Racing became one of the most significant BMX brands and has stayed that way for over 30 years. Breithaupt and his team at SE innovated many frames, the most legendary of these being the P.K. Ripper. Named after local rider Perry Kramer, the P.K. Ripper became the most sought after BMX bike of all time. When the P.K. Ripper hit the BMX scene it forever changed the look of BMX design. It possessed a fashionable and hip aesthetic not previously seen, and set a new benchmark for SE’s competition to rise to. As a result, the industry advanced and the 80’s BMX scene was born. A major element of the project, the DC P.K. Ripper bike is a replication of the famed original that has been updated with modern components. This DC P.K. Ripper will be the first in a series of three limited edition bikes released from SE Racing, all designed to embrace the heritage of the brand and the sport. Truly a collector’s item, production will be limited to 150 bikes, each one numbered on a black and silver gloss custom plate on the seat tube and finished in a gunmetal matte black.


"The most famous BMX bike of all time is back and I'm glad that I was a part of this project. We have been working on this DC/PK Ripper project for over a year and I'm psyched to see it turn into reality,” said Todd Lyons, Brand Manager for SE Bikes. “There are guys out there who have been waiting 20+ years for the return of the PK Ripper Looptail. We owe a lot to DC for sparking the old-school flame beneath our butts.” 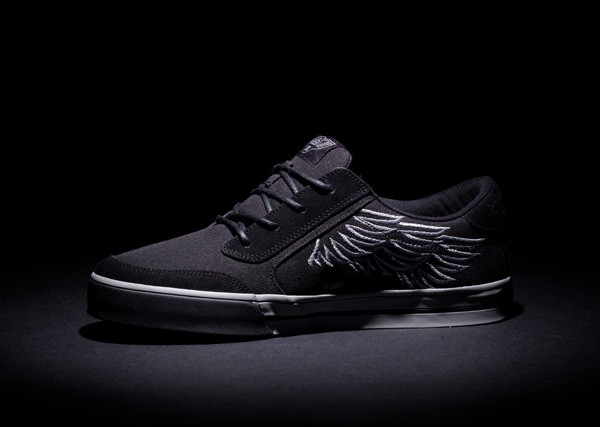 To honor the original P.K. Ripper bike, DC have designed a limited edition run of 1500 pairs of the P.K. Gatsby shoe which will also be on display. It features the SE wings embroidered on each shoe side, a P.K Ripper heel tab, an insole with a classic BMX racing image and a colourway that mirrors the custom bike colourway. Packaged with the DC P.K. Gatsby shoes and completing the P.K. Ripper celebration is a special edition re-release of Joe Kid on a Stingray. DC has packaged the DVD with a high quality book that features the history of BMX, plus info on the movie and the new collaboration. Like the shoe, production of the DVD will be held at just 1500 units.

For those classic BMX bike fanatics there will be the chance, at the exhibition, to place a bid to buy one of only nine P.K. Ripper bikes available in the UK. Whoever places the highest bid will have the bike delivered to their house along with a pair of the limited edition DC P.K. Gatsby shoes. All proceeds will go to charity.

The exhibition, admission free and open for one weekend only, will be held at the Village Underground, 55 Holywell Lane, Shoreditch, London EC2A 3PQ (near the junction of Bishopsgate / Shoreditch High St and Great Eastern St). Exhibition opening times: Saturday 30 June 12.00 – 19.00 hrs and Sunday 1 July 12.00 – 17.00 hrs

More in this category: « 1st Flips EVER in a BMX Race. The Todd Lyons Diary FACTORY FORMULA HITS UP THE ROCK, DEBUTS NEW JERSEYS »
back to top