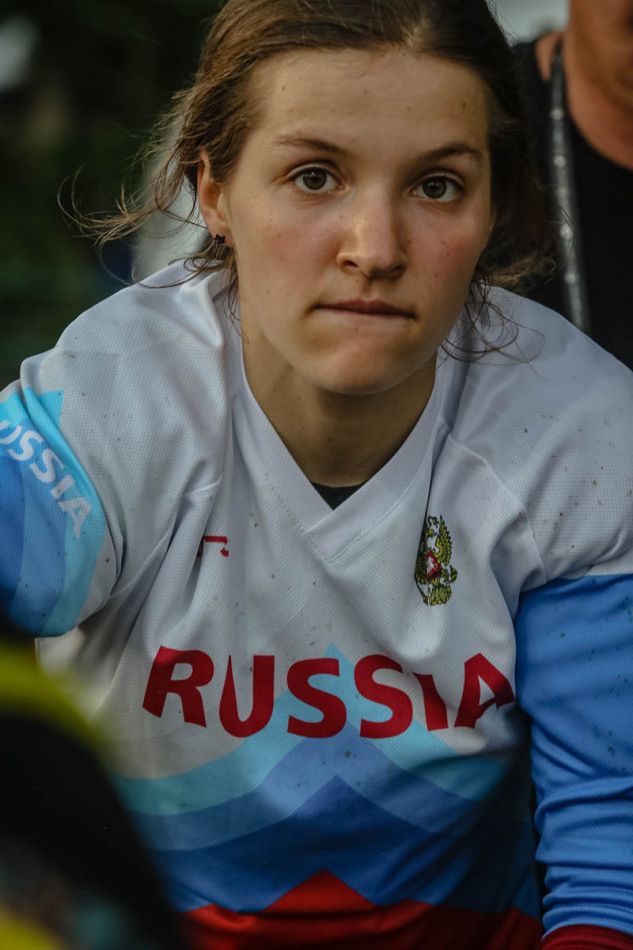 For some it was a rocky road at Rounds 7 and 8 of the 2019 UCI BMX SX World Cup in Rock Hill, South Carolina. In racing it cannot always go your way as a.o. Federico Villegas and Exequiel Torres found out just two weeks before their home race in Argentina. Friday evening’s race was delayed by some fierce weather but it cleared up in time for the racing to take place under the lights of one of the best BMX facilities on the planet. The permanent grandstands, offices, brick toilets, parking and a track with a brilliant surface all came in handy when mother nature teases you. The asphalt turns stayed in good condition and the racing was top notch.

National races don’t always have the same number of entries in the Elite class as at the UCI World Cup races. With Olympic qualifying points up for grabs 60 Women entered the race on Friday where 113 Elite Men were battling for a spot on the podium at the end of the night.

Especially in the Women class the standings in the overall ranking were close going into round 7. USA’s Alise Willoughby was going to use home advantage in Rock Hill, a track that she won the 2017 Elite Women World title on but of course Laura Smulders (NED) wasn’t just going to give the red leader plate to her. Laura had come back from a crash at a race in China and did not have an idea how good she would do against the fastest BMX ladies on the planet. Mariana Pajon (COL) made the final as well as Judy Baauw (NED), third in the standings, Saya Sakakibara (AUS), Natalia Afremova (RUS), and 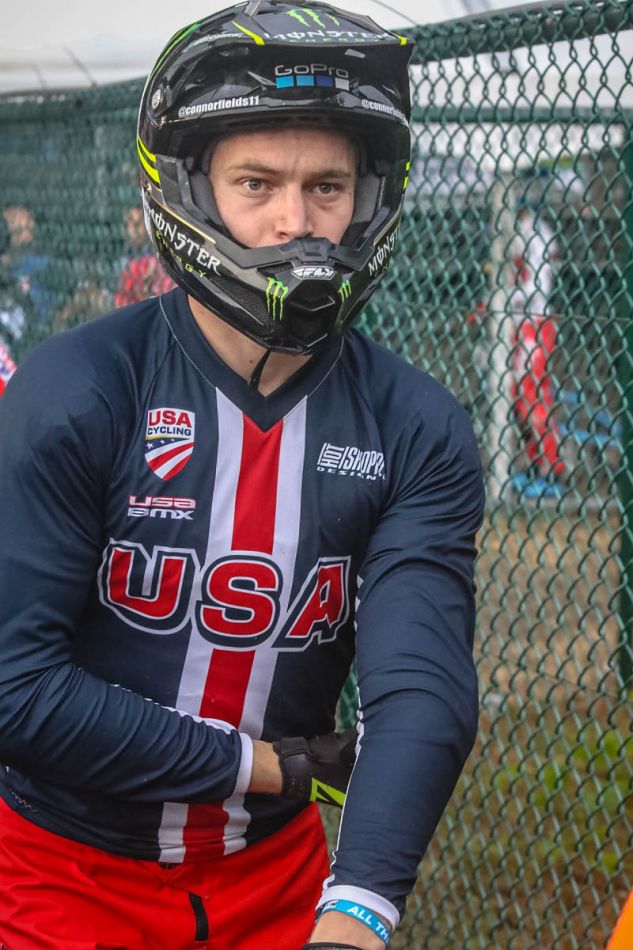 Americans Felicia Stancil and Brooke Crain who had returned from a little BMX break on the supercross track. For Alise Willoughby to win the 2019 overall title, she would have to finish in front of Laura Smulders but the Dutch women with the 110 back on her number plate grabbed the lead from lane 1 and did not look back. Natalia Afremova crossed the line in 2nd with Willoughby in 3rd.

Although Corben Sharrah (USA) isn’t in the 2019 World Cup title hunt, he has proved to be hard to beat on the track in Rock Hill. On Friday evening he had made the final so good chances were that he could pull it off again. Surprisingly Niek Kimmann (NED) had not made it to the final, neither had David Graf. Connor Fields (USA) however showed great speed and raced the final together with 2019 UCI World Champion Twan van Gendt, Alfredo Campo (ECU), Joris Harmsen (NED), Romain Mahieu (FRA) and rookie finalists Izaac Kennedy (AUS) and Eddy Clerty (FRA).

The training that Izaac Kennedy has been doing with Connor Fields paid off in his first final World Cup race. Super stoked he crossed the finish line in third place in his first ever UCI BMX SX World Cup final. With buddy Connor Fields getting second and Corben Sharrah (yup) in first, it was a podium in the Elite Men class that we had not seen before in 2019. Alfredo Campo’s 4th place got him some good points for the overall. 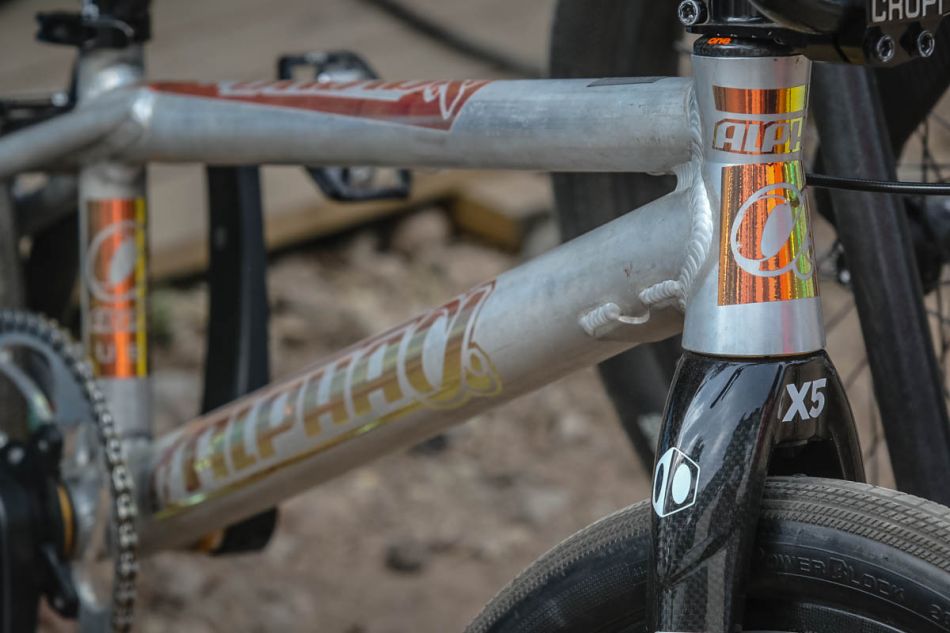 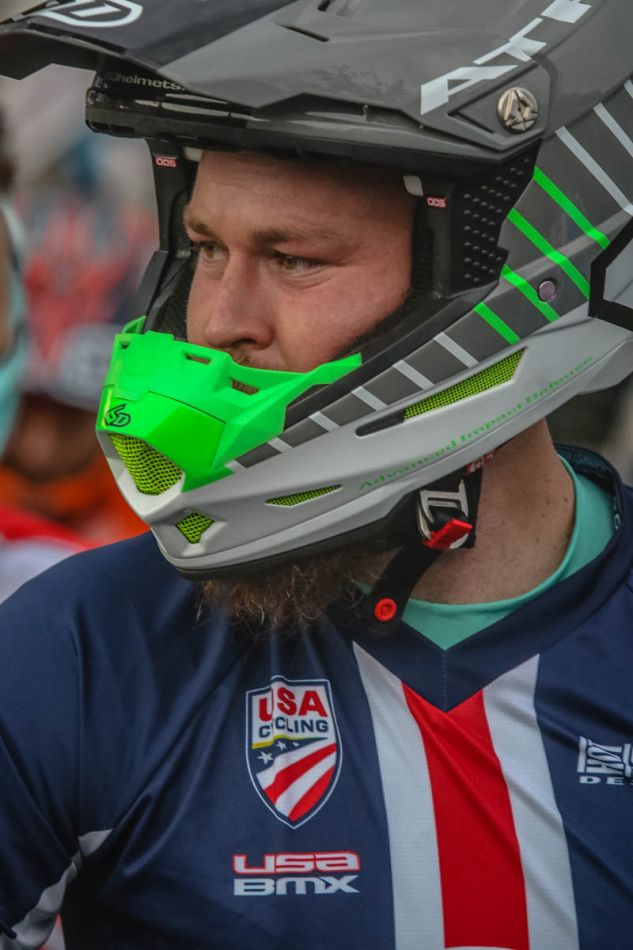 Things were looking better on the Saturday. The storm had disappeared and a freshly new American race was on the agenda. The athletes love coming to the USA to race since it’s the birth place of BMX. The Southern hospitality is felt at the race in Rock Hill. Corben Sharrah (USA) had picked lane 1 and was ready to repeat what he had done for the American fans the night before but UCI BMX SX World Cup leader Niek Kimmann (NED) who started from lane 2 right next to him had other plans. His disappointing Friday night had to be turned into a positive and the Dutchman entered the first turn leading the race together with Alfredo Camp (ECU) but used the inside line to come out of the first turn in the number 1 spot which he did not give up until he crossed the finish line. Camp did the same making this his best ever UCI World Cup double header and a fan of the Rock Hill track. Corben Sharrah just missed out on the podium when he finished half a second behind Dave van der Burg (NED) who grabbed the bronze.

In the Elite Women final Alise Willoughby wanted it badly. After a decent start, the American had to settle for second coming out of the first turn. Although Alise tried to pass Laura on several occasions on the track, the Dutch World Cup leader kept the door closed. Her defensive riding worked for another victory and a monetary bonus from the UCI for winning two World Cup races in one weekend. With a 2nd and a 3rd place finish, Natalia Afremova (RUS) didn’t complain one bit this weekend at the UCI BMX SX World Cup. Her great results moved her up to 7th place in the 2019 overall World Cup ranking with two more rounds to go. 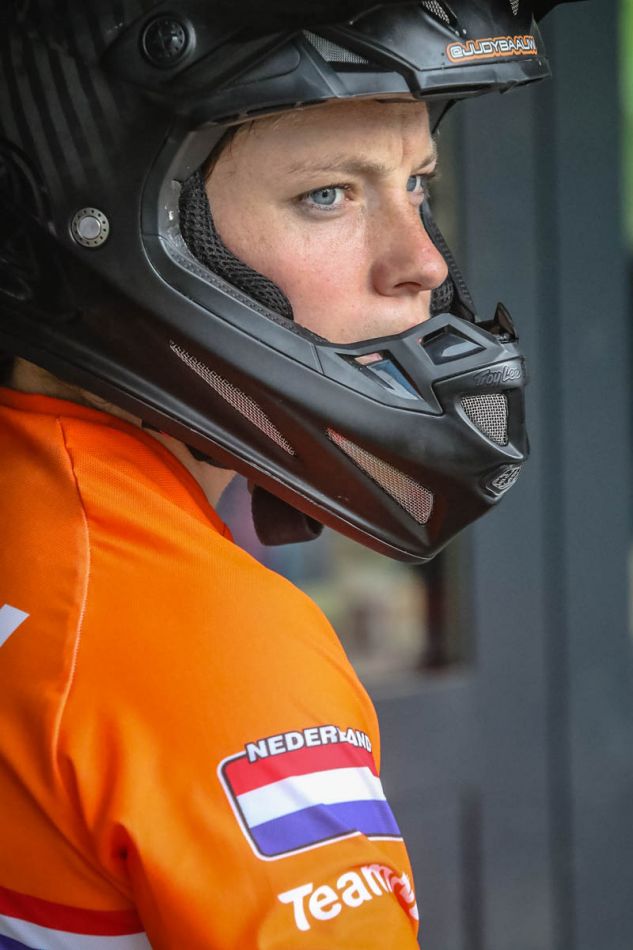 The 2019 UCI BMX SX World Cup season will be wrapped up in Santiago del Estero on 28-29 September. Rounds 9 & 10 will determine the overall champs. Niek Kimmann is in a good position especially with Alfredo Campo (2nd in the overall) is opting out of the race and third place athlete in the standings Joris Daudet (FRA) still being out with injury. French riders Jeremy Rencurel, Sylvain André and Romain Mahieu still have a chance to finish in the top three for 2019 as do David Graf (SUI) and Corben Sharrah (USA). 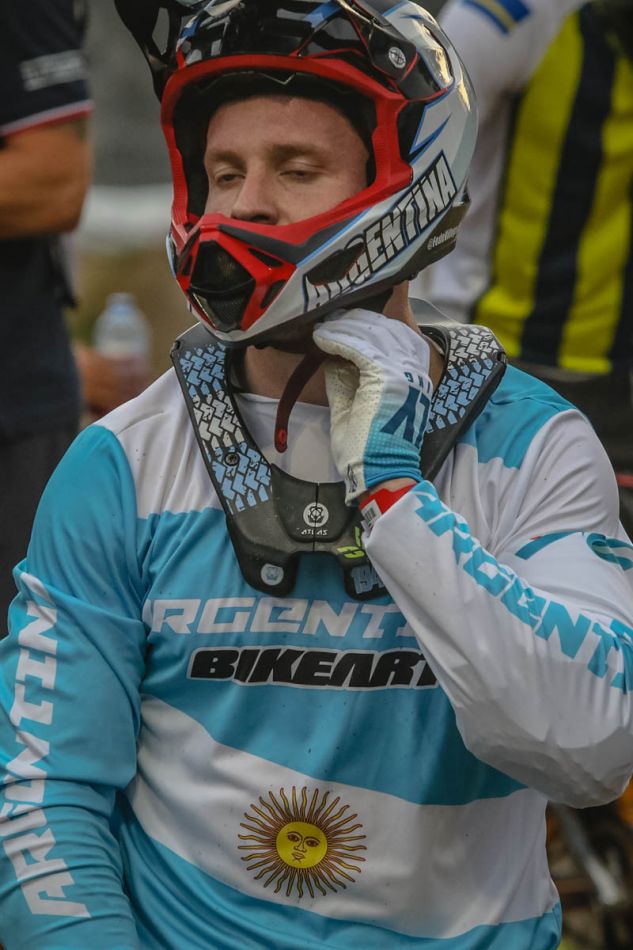 The 2019 UCI BMX SX World Cup overall in the Women class will be decided between Laura Smulders and Alise Willoughby. With only a 60-point gap in between the two, every single lap at the track in SDE will be important. One crash could end it all.