BMX races into the capital 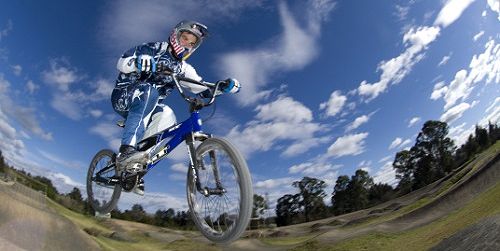 Over 700 BMX riders will converge on the country’s capital city, Canberra for three days of racing. The program kicks off with round five of the Hog’s Breath Café National Probikx Series on Friday night at the Melba BMX track. Saturday morning riders face another round, the sixth at Tuggeranong BMX track. Both of the rounds are also combined Oceania ranking rounds eight and nine and offer valuable UCI

While the elite women’s leaders will be jostling for position the elite men’s racing sports a large field including riders from New Zealand and Hong Kong. Current national series leader Brian Kirkham (Adelaide/Port Augusta) is having his best season to date after amassing a lead of 129 points. Madill will compete in his first national race since the Olympics while local favourite, Leigh Darrell will be hoping his knowledge of the track will assist. Other names racing are Queenslander Jamie Gray (Beenleigh), New South Wales top gun Billy Jolliffe (Lake Macquarie/Tamworth) and South Australia’s Matthew Willoughby (Adelaide).

On Saturday afternoon and all day Sunday racing continues for the ACT State Championships.