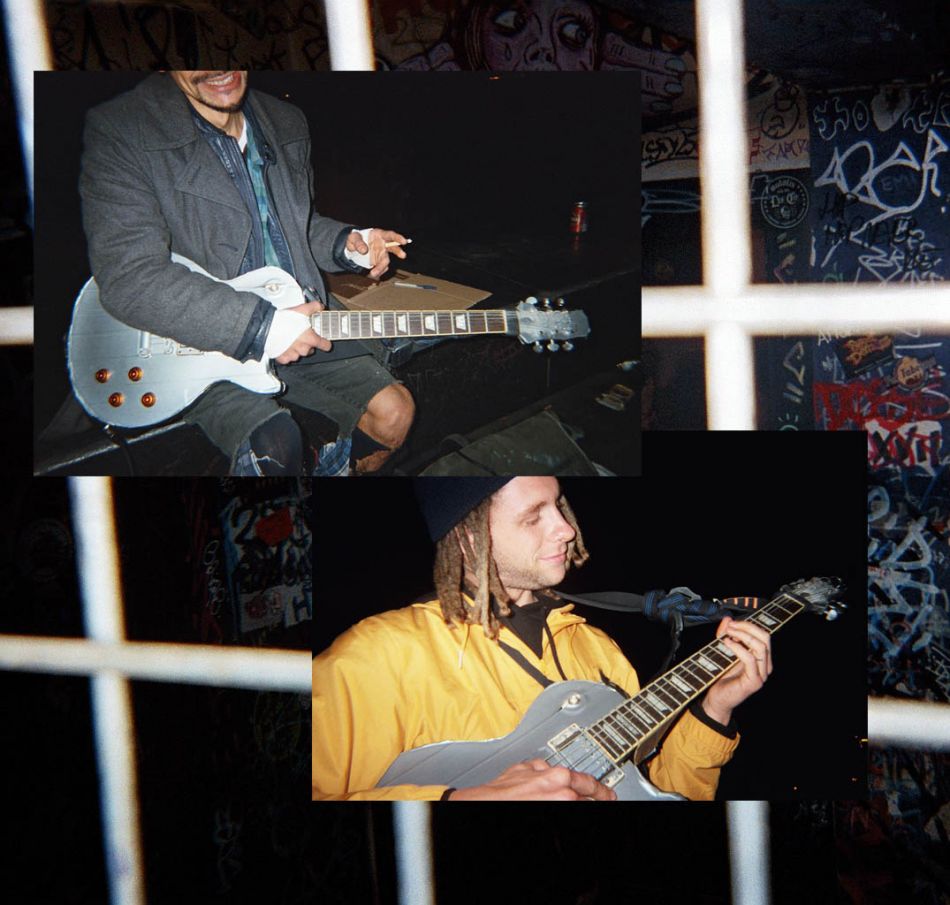 Me, Sauce and Trevor were last man standing again after a night at the well-known Nevermind bar. We decided to go on an adventure in the street. After getting a ticket for drinking behind Macba we went to another spot. Ended up at Universität plaza and we met a guy with this ducktaped Les Paul guitar. As a musician we had the best jams at 4 in the night. Me and Trev did moshpits and stagedives off the curb on the plaza. While sauce and Brussels Stijn Hens were talking about American food.

In the end of January I went to Barcelona for a month again. Yearly winter escape because
of the shitty weather all the time in Hollandia. This time a lot of different squads from

different countries pulled up in the same period. At the time parallel was packed with
over 50 riders in the night. Only a few were riding. And it was not a jam.

For FVR I bought myself a kodak throwaway cam out there. It had 30 flicks. A couple fucked
up but I’m still happy with the result. 3 days in a row I uploaded the gallery. [UNO / DOS /
TRES] ALL PHOTOS ARE ANALOG !