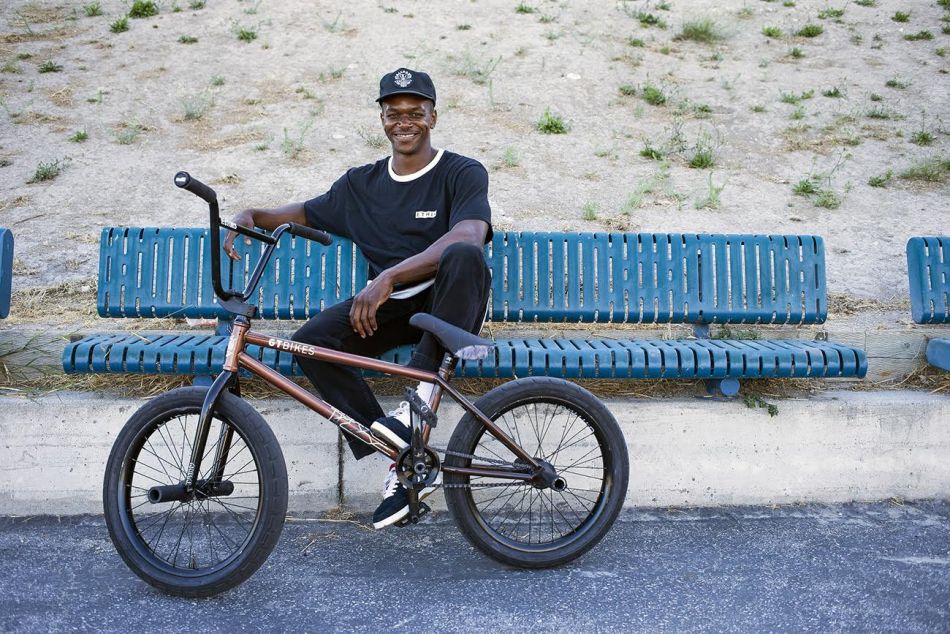 BIO: In the last eight years since DeMarcus Paul made the move from Albany, Georgia to San Diego, he’s 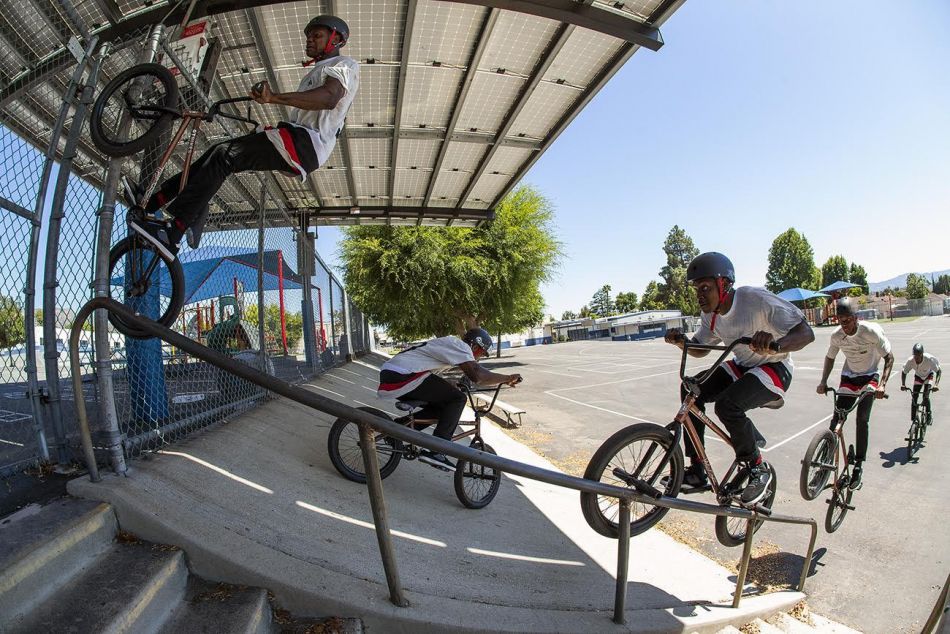 made quite the name for himself. With an incredible level of skill, unwavering determination and steadfast focus, DeMarcus is the embodiment of what it means to put in the work. With his seemingly effortless pop, driven tooth hangers, insane tire ride precision, and general handrail superiority, DeMarcus is best known for continuously upping the ante in his heavy list of video parts. And his bronze medal in X Games Real BMX 2017 is testament to that. Being a family man, Deemo manages the balance between home life and BMX—which is a trick within itself, but as we know, Deemo is good at tricks. In DeMarcus’ own words, being on GT “just feels right” and we couldn’t agree more. We’re beyond stoked to add DeMarcus to the GT BMX Freestyle team and we can’t wait for all the good times that lay ahead.

- BMX-wise, tell us about your major accolades and what they mean to you…
When I started to pursue BMX, I set goals for myself. Some of those goals were, get sponsored, film a video section for a DVD, film a closing section for a DVD, have signature parts, travel and get a medal in the X Games. I have accomplished all of those goals. I have a bigger list of short- and long- term things that I’m working on now, but I consider everything that I’ve been able to earn in BMX and life an accolade. 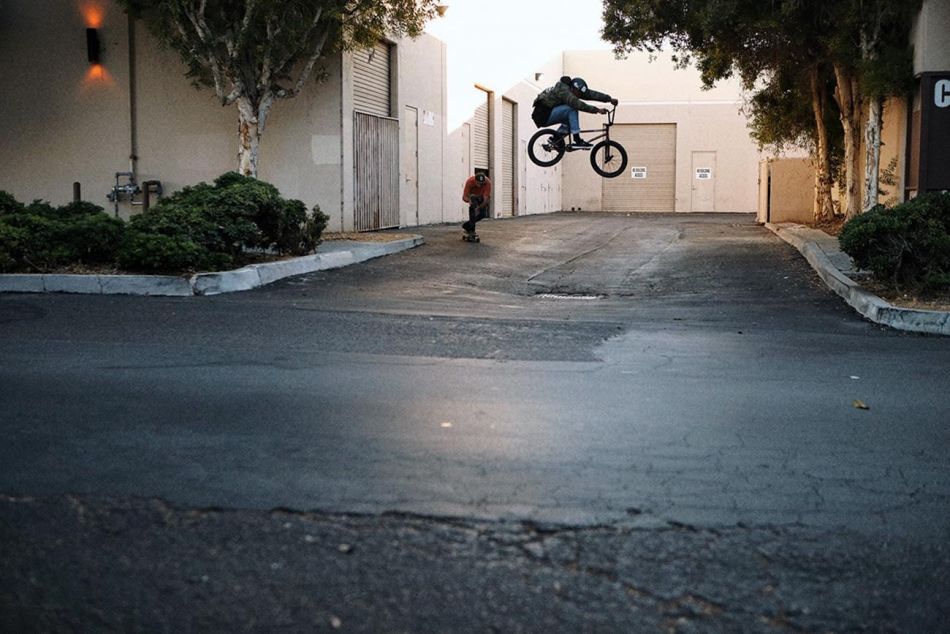 - What do you consider to some of your standout video parts?
I’ll have to say my sections in The Finer Things and Volume 1, and my first Warhorse video part. For me, those video parts were documented in a direct reflection of my riding and life at the time. The Finer Things was my first real video part—it showed how hungry I was to make it. Volume 1 set the tone for how I wanted the BMX world to see me. My Warhorse video part let me promote the frame and parts I had earned from the effort I put in; it was a pure representation of my appreciation for those things.

- Thoughts on getting on GT?
Honestly, I never saw this coming. Now that I’m on GT, it gives me a nostalgic feeling of when I got my GT Dyno when I was fourteen. It just feels right.

- Do you have any hopes for being on GT?
I hope to inspire people that look like me to be more optimistic and go for it! I believe with the help of GT, I will be able to reach a broader audience of people. I hope to travel to many places that I’ve always wanted to visit. I hope to participate in projects that take me out of my comfort zone.

- You mentioned projects that "take me out of my comfort zone.” Would you mind elaborating on 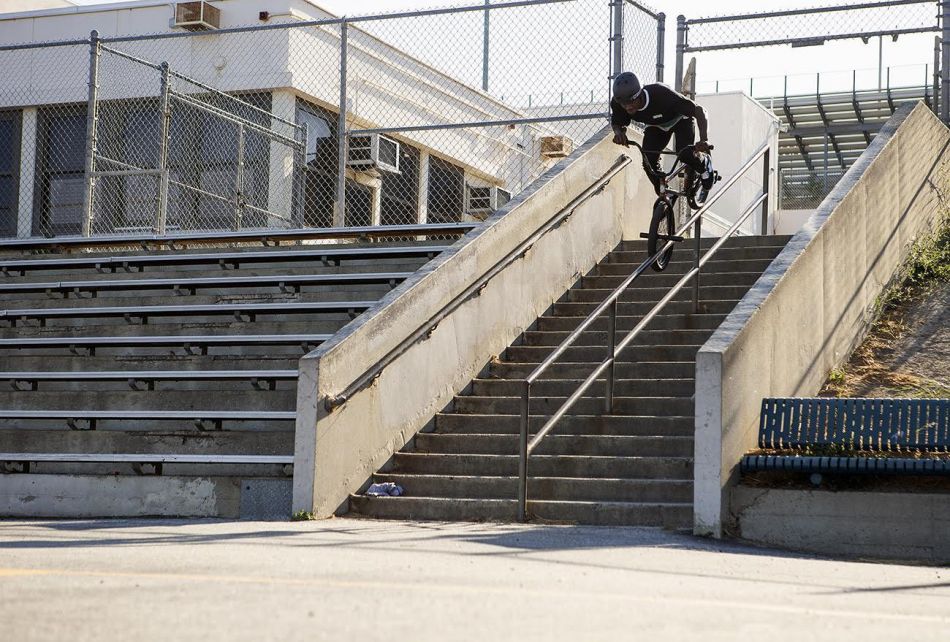 that a bit?
Some things that stand out to me of being out of my comfort zone is speaking to people about bike riding. Whether it’s an assembly for kids or a commercial, I would love to take that stuff head on!!

- You and Albert Mercado ride together on the regs. How does it feel to be teammates now as well?
We do ride together all the time. To a degree, I feel like we’ve always been teammates. I am always feeding off of him when it comes to riding and ideas. He’s very optimistic, selfless, artistic and a great bike rider. I value those things about him a lot. It makes being on the same team with him that much more awesome.

- Speaking about teammates, the GT team is a mixed bag of styles and personalities. Overall, what are your thoughts on being added to the squad?
I’m very thankful to be part of such an iconic brand along with all these iconic figures in BMX. Being on the same team with these guys is unreal! I’m looking forward to traveling with the guys, and I look up to and Albert who happens to be one of my best friends!

- Anything else you want to mention?
I just want to thank everyone that support me on and off the bike. You know who you are!

“When I first came on board with GT I made a short list of riders I wanted on the team and DeMarcus was on that list. At the time he was starting to blow up and got his first signature line by the time GT was in a good place to reach out. Not wanting to disrupt what he had going on, we decided to hold off. Low and behold 5 years later the opportunity presented itself to talk to DeMarcus and we had Jeff Z reach out. The rest is now GT history. Patience does pay off!" —Ben Ward

“I’ve had the pleasure of getting to know DeMarcus Paul a fair bit over the last few years while shooting photos for various projects. Already well aware of his skills on the bike, what really struck me was getting to witness how he operates when trying a trick. Seeing him go through the motions, breaking it all down in his head and dealing with the mental challenges. He had this calm and calculated approach that was almost Zen like. I’ve come to realize that Deemo approaches pretty much everything in life in a similar manner and that has left a lasting impression on me. An incredible rider, who is also grounded and has a positive mental attitude… Personally, that’s the type of person who I want to ride, shoot, travel, and hangout with. DeMarcus Paul was meant to be on GT.” —Jeff Zielinski