Olympic BMX champion heads to New Zealand with another title 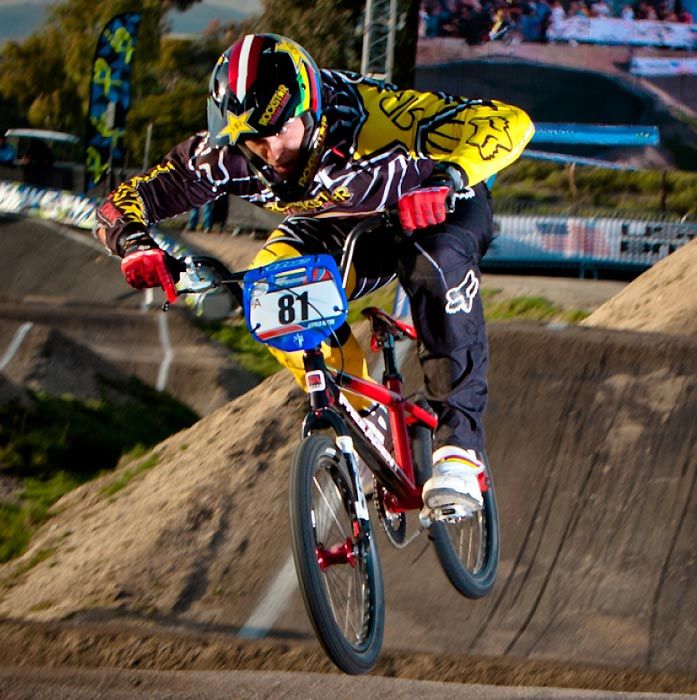 Double BMX Olympic Champion Maris Strombergs has added the 2013 European title to his name less than two weeks out from the World Championships in New Zealand. The final two rounds of the 12-strong European series were held in Belgium at the weekend. Although absent in Belgium, the Latvian rider’s consistency throughout the series – seven wins and three second places – means he had no problem holding on to his overall lead. “It was great doing the series again,” said Strombergs. “And now I am looking forward to racing in New Zealand.”


However, Treimanis completed his 2013 European campaign on a winning note with victory in the 12th round in Dessel. France’s Quentin Caleyron rounds off the 2013 Elite men’s European podium.

Overall victory in the Elite women’s competition goes to former Juniors World Champion Manon Valentino (France). After being left out of the French team for the 2012 London Olympics, the young athlete had declared that despite her frustration she would “work hard to be present in Rio 2016 because the Olympic Games are a dream for me.”

In the absence of Great Britain’s Shanaze Reade, who dominated the first two rounds but then withdrew due to injury, the 22-year-old French athlete demonstrated that she is in great shape, taking seven victories in the European Championships.

All the Elite European medallists are on the entry list for the UCI BMX World Championships which get under way in Auckland, New Zealand on 24 July.

There are more than 2000 riders from 33 countries entered for the World Championships. They start with the Challenge class (age group) on Wednesday 24 July and Thursday 25 July, with elite practice on Friday ahead of the time trial world title decided on Saturday 27 July and finals on Sunday 28 July.

Tickets still on sale from as little as $9 from www.ticketmaster.co.nz