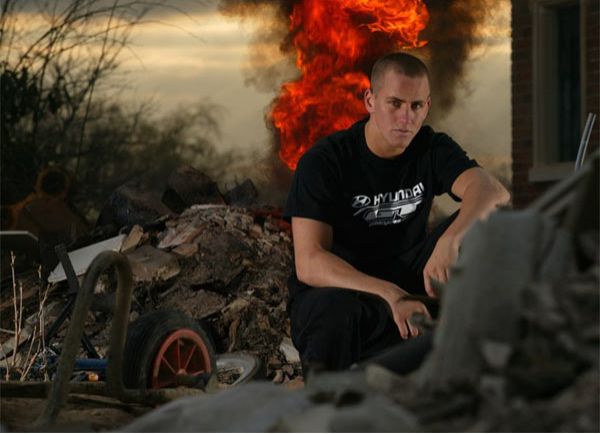 What an unbelievable day this has been. For once every single thing that we aimed for we achieved. Nothing is impossible! The day started early with the arrival a clinical ascessor from Craig Hospital Denver, Colorado. Her job was to determine whether Stephen would be suitable for their Rehab facility. During the 3 hour meeting, Stephen was accepted and a bed was available for tomorrow, Thursday, the last admission day for this week. The family were informed of how his Rehab programme would proceed.

The next step was to organise the air ambulance without wasting a minute as the cut off time was 4pm. With half an hour to spare we got the thumbs up. Telling Stephen he would be leaving Baltimore was the high point of the day and the expression on Stephen's face was priceless.

After Stephen's journey was finalised, the rest of the family started organising their travel plans and accomodation for Denver. Vans and Rockstar Drinks , once again, came up trumps and kindly took the job out of our hands. Many thanks go out to Jerry Badders and Steve Mataus for ensuring that we will all be arriving tomorrow, just a few hours after Stephen himself.

Stephen continues to progress, gaining more movement in his right shoulder. He's a tough cookie, says his wife, Melissa. The pneamonia is diminishing and his condition remains stable. Two firsts for Stephen today were that he had his first breath of fresh air since the accident and he swallowed for the first time. When Melissa offered him Lemon or Chocolate ice cream, his definate response was "Both!"

The most important thing about the time spent in Baltimore was the total dedication, love and expertese of the staff at University of Maryland Hospital, especially the team of the Shock Trauma Unit. The family cannot thank them enough. Words cannot exppres our gratitude to each and every one of them.


Leave a message for Stephen by going here.

More in this category: « Red Cross Adventures (B) – Dirt-Jump Contest Simpel Session Summer Session. Risto checks in »
back to top