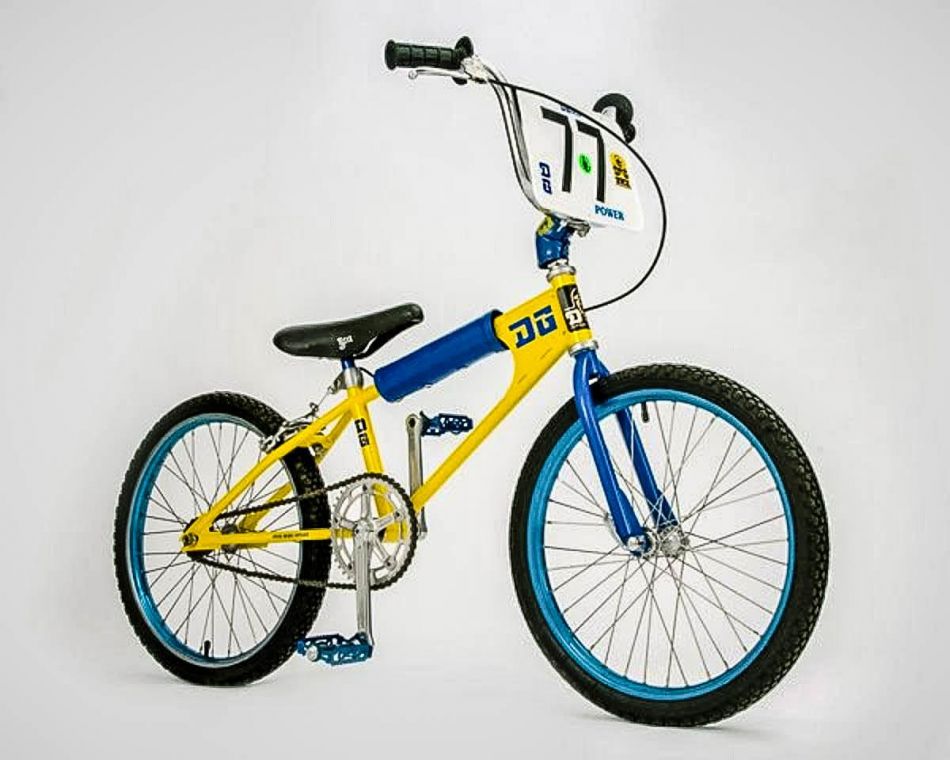 Name: Tom Sustarich
Hometown: Macomb Twp., Michigan, USA.
Started riding BMX in: I started riding a BMX bike in 1979 on a Mongoose with Tuff Wheels. In 1982, I got a Hutch frameset for Christmas. From 1980 through about 1984, I raced BMX locally in southeast Michigan with my brother, my cousin, and several good friends. We lived in the country, so we were at the mercy of our parents work schedules to get to a BMX track. Although we did not race as much as I would have liked to, my parents were always supportive and encouraging and those were some of the best years of my childhood. We spent our days on our bikes. Jumping in ditches, riding dirt roads. We build a quarter-pipe. We practiced tricks. The weather did not matter. We rode year-round. Snow, rain, heat, etc. It was the first taste of freedom. In the summer of 1984, I sold my race bike and all the parts I

had left at my parents yard sale to raise money to buy my first car - which I still own to this day. 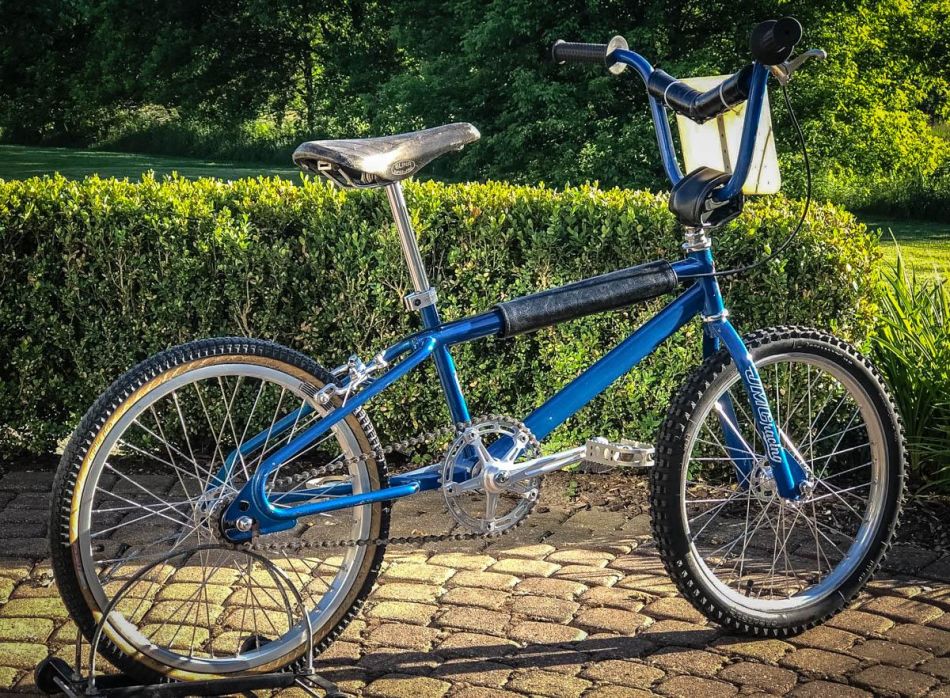 Number of bikes in the collection: Overall, since I started collecting, probably 30 to 40 bikes. I had a nice little collection quite a few years ago, but I sold almost everything to fund other, non-BMX projects and home renovations. I thought I was done collecting, but I realized in recent years that I missed it, so I picked up a new project – a 1979 JMC Long Standard - which quickly snowballed into a second wave of collecting. Currently, I have nine complete bikes ranging in years from 1976 to 1995. I also have several projects in the works. As far as loose parts, I typically don’t keep a big stockpile of stuff to pull from.

Do you remember the moment that you decided to start collecting BMX memorabilia?
Tom Sustarich: I do remember! I was cleaning my garage in the spring of 2003. I thought to myself ‘it would be cool to have a Hutch decal to put on my garage toolbox’. That evening I looked on eBay. I can still remember the shock and instant excitement I felt as I scrolled through the search results. I had no idea that people were buying and selling old BMX bikes and parts. I’m sure I made my first purchase shortly thereafter, but I do not remember what that purchase was. In January 2004, I joined VintageBMX, then OS-BMX, then Museum, etc. 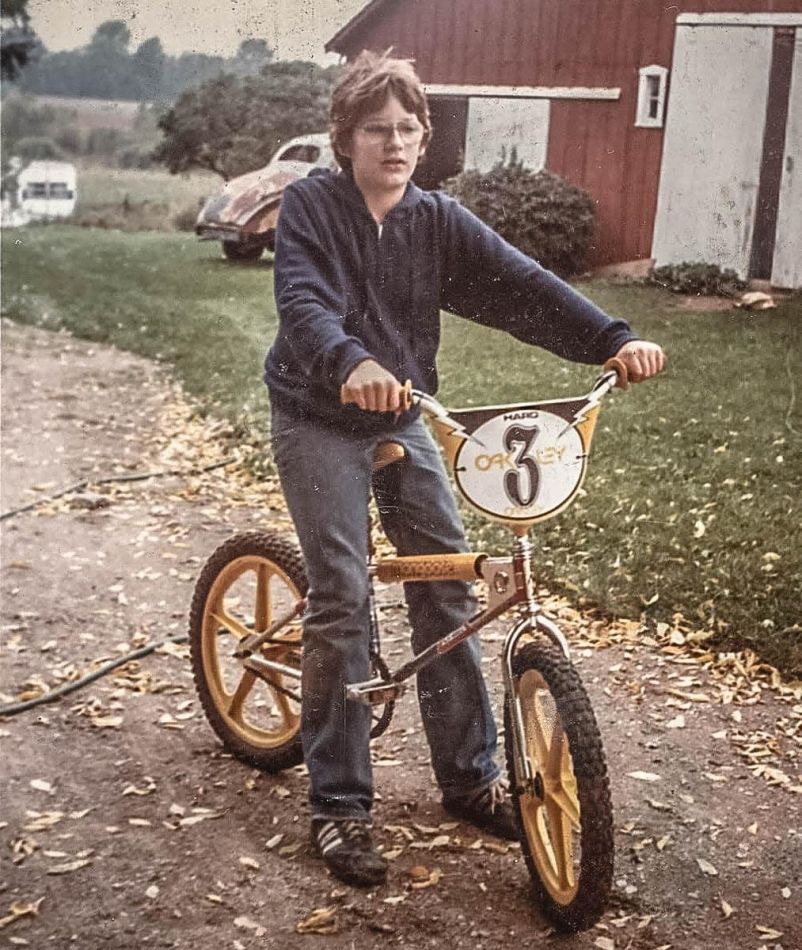 At this moment, do you wish you had started collecting earlier?
Tom Sustarich: Yes and No. Of course, it would have been fun to have more time enjoying the thrill of the search and developing friendships earlier, but, I’m thankful for everything that has happened from 2003 onward. BMX, collecting and bike-building has provided a lot of enjoyment over the years.

Do you feel there is a need for BMX products to survive for history's sake?
Tom Sustarich: I think so and I have no doubt that it will survive to some degree. The 70’s and 80’s collecting and building scene will more than likely dwindle in size as the core guys age, but nice examples of period-correct bikes and even parts will continue to be cherished.

What's one of your oldest BMX products in your collection?
Tom Sustarich: In terms of bikes/parts, I have a 1976 Dan Gurney Eagle that I really love! This is the bike that got me hooked on collecting again in that second wave I was talking about above. I remember when the frame arrived in the mail. My dad was staying at our home at the time. We were out in the garage and I opened the box and we were both really examining that frame together, amazed that it was from 1976.

If we are talking about anything BMX-related at all, then my answer would be my trophies from back in my racing days. My parents were cool about saving things from our childhood. So, at a time when I was a young adult, doing my thing, not caring about BMX, those old trophies were collecting dust in their attic. I feel very fortunate to have them today. 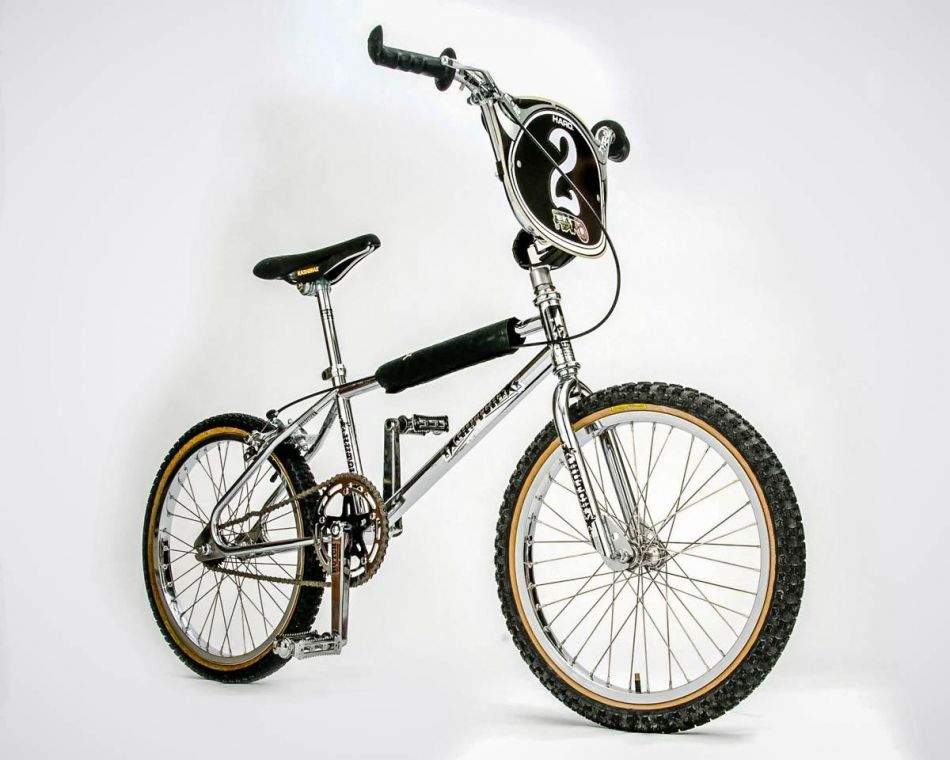 When you started riding what bike was the dream bike for you?
Tom Sustarich: In 1979, my dream bike was probably the bike I had…the Mongoose. I hadn’t yet discovered BMX magazines or started to race, so I had no need to want something else. Obviously, once you get slapped across the face with the visuals from the magazines and then you see a track full of other bikes, you instantly dream about having something else. I remember being drawn to bikes and advertising that looked “cool” to me: Torker, Robinson, Kuwahara…and eventually Hutch.

Do you have that bike in your collection today?
Tom Sustarich: I do have a Hutch bike. As I stated earlier, I sold my original Hutch race bike in 1984. All these years later, I have the next best thing: my childhood friends original Hutch race bike. He held on to his for all these years. In 2018, he contacted me about buying it. I’m excited to own it. It’s a bike that brings back many memories from the early 80’s. As for the other bikes I mentioned, I have never owned a Torker, but I did have a Robinson and a Kuwahara. 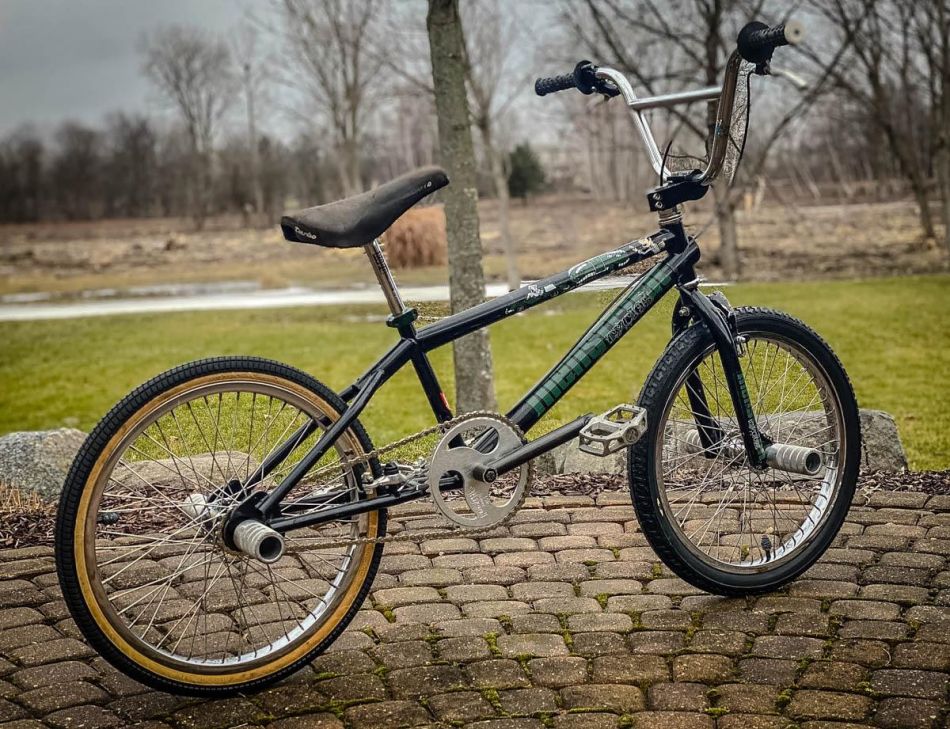 Can you name three BMX collectors that you respect?
Tom Sustarich: It’s a really difficult question to answer…to pick just three names. There are so many terrific people in this community that I respect for a wide variety of reasons.

1) Scott Towne – I think he participated in one of these interviews with you already and he mentioned that he doesn’t consider himself a ‘collector’. I am not sure I would consider him JUST a collector either. To me, he’s more of an inspirational member of the BMX community. Doing awesome stuff on modern bikes, building rock solid old bikes, stepping up to help others, leading the way in advocating for the BMX lifestyle, living the life every day. No negativity, ever. I respect Scott a lot!

2) Marcos Suarez – He is a wealth of BMX knowledge. In the early years, he used to make me uncomfortable with his brutal honesty and his delivery style in his online interactions. He’s softened a LOT over the years…like most have, but I have always respected his input and opinion. 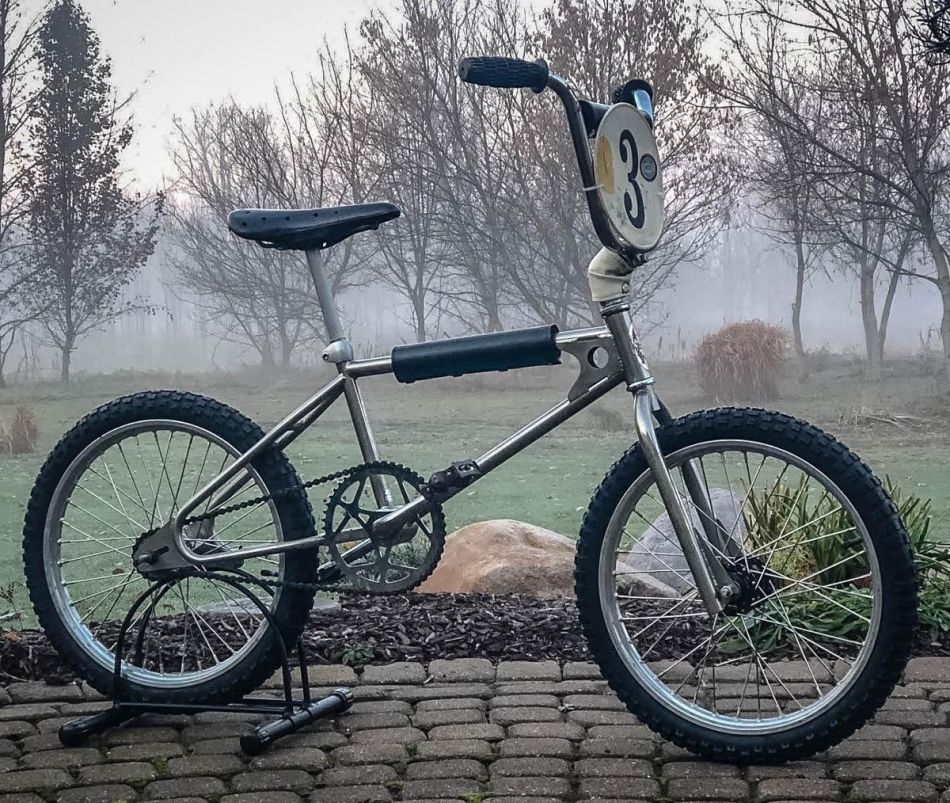 3) Steve Brothers – My wife knows Steve as “the guy that lives in Kathmandu”. Many years ago, Steve asked me to be part of his moderating team on BMX Society. I was happy to help because I loved the fact that Steve was so immersed in all things BMX. He was on a quest to provide the very best place for BMX content. He was (and still is) committed to gaining as much BMX knowledge as possible. His dedication has led to many of the best bike shows in the world, and his BMX Society name is synonymous with integrity, honestly and originality.

There are so many other people that need to me mentioned here, but you asked for three. There are dozens of other people I could mention. Good people who I enjoy friendships with. Kind people that I look forward to seeing again soon.

Do you have decent mechanical skills?
Tom Sustarich: If we can include the use of a hammer and 2x4, then yes! But seriously, I’m not a master bike mechanic, but I do ok for myself. It seems like I am forever struggling with getting my brakes dialed in correctly. And wheel-lacing? Forget that. I have zero interest in that. 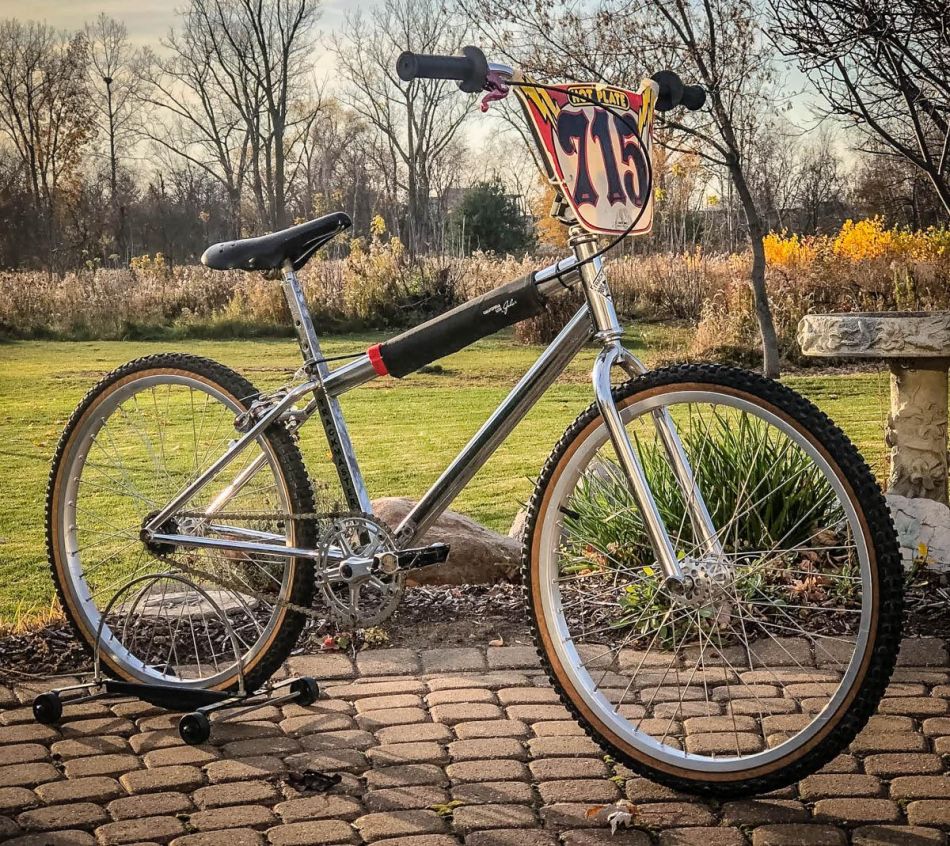 How often do you look on eBay/Craigslist/BMX Museum to shop for old BMX stuff?
Tom Sustarich: Right now? Daily. Well, not Craigslist, but the others. I’m working at home (pandemic), so It’s quite easy to have a look during the day.

What's the most ridiculous amount you have paid for a bike part that you needed to own?
Tom Sustarich: Are people answering this question with dollar amounts? Ok, I will do it. I paid $1,500 for a set of cranks in 2006. I paid $1,700 for a frame in 2007. Those were big chunks for me at the time. Our daughter had to go without diapers for many months to offset the purchases. Ha ha. More recently, I paid more than $1,700 to buy back a bike that I built in 2009 and sold in 2012. The bike remained pretty much unchanged over the years, and when I had the opportunity to buy it back, I did it. I’m happily married, so I will add that these larger purchases are always a result of a discussion with my wife first. 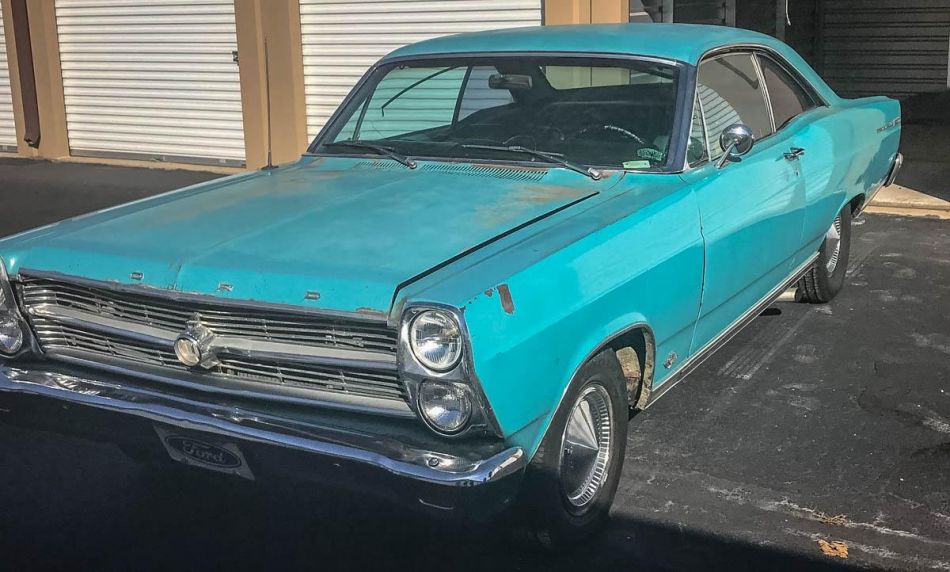 Do you have a man-cave where your bikes are displayed?
Tom Sustarich: We have a big basement where all my bikes are located. I would like to make it more of a ‘display’, but I’m not sure where to start.

Do you always have room for "one more bike"?
Tom Sustarich: Absolutely! Having been in this collecting scene basically twice, I know I could never say NO to a bike.

What's a bike (part) you have been looking for but haven't been able to locate?
Tom Sustarich: The only thing I can think of is a PLME seat clamp that was cut in half that I sold many 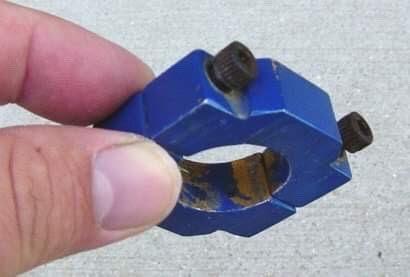 years ago. I know it’s out there. I know, one day, I am going to notice it on someone else’s bike and just laugh. Beyond that, I’ve been very fortunate over the years. I have found some terrific parts and complete bikes, so I’m pretty content.

Where can people reach you when they have that part available?
Tom Sustarich: keep_it_warm on BMX Society, Vintage, and Museum.

This email address is being protected from spambots. You need JavaScript enabled to view it. is the e-mail.

Thanks to: Mom and Dad for being so cool. My wife for her patience. My daughter for not laughing too much at me. And thank you Bart for this opportunity. It was fun. 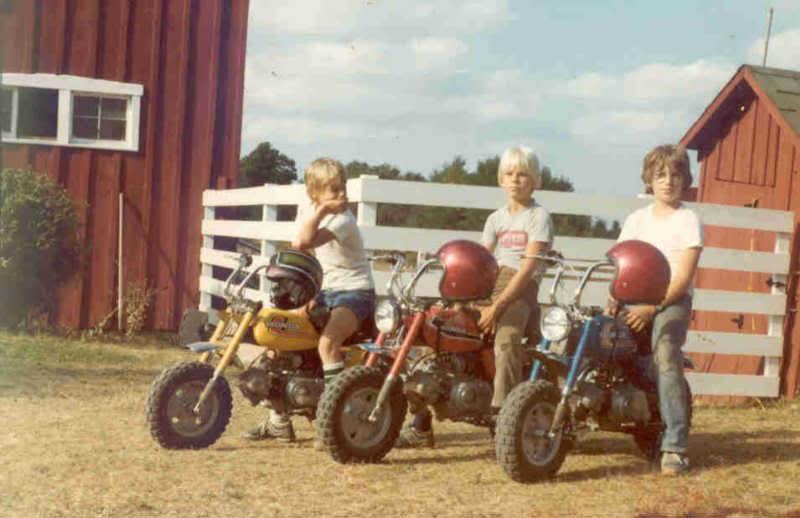 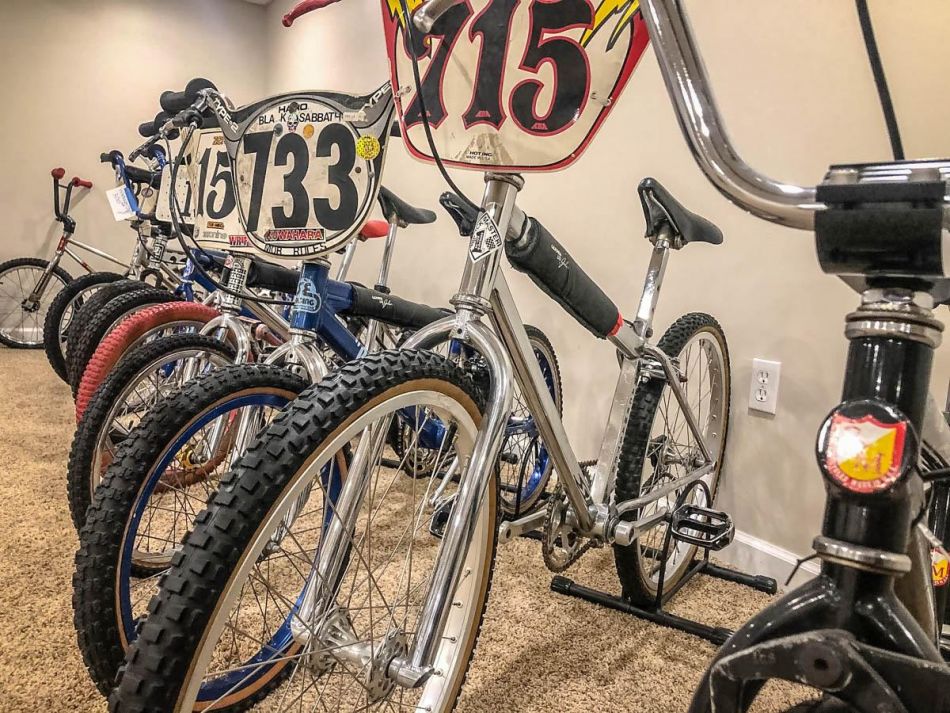 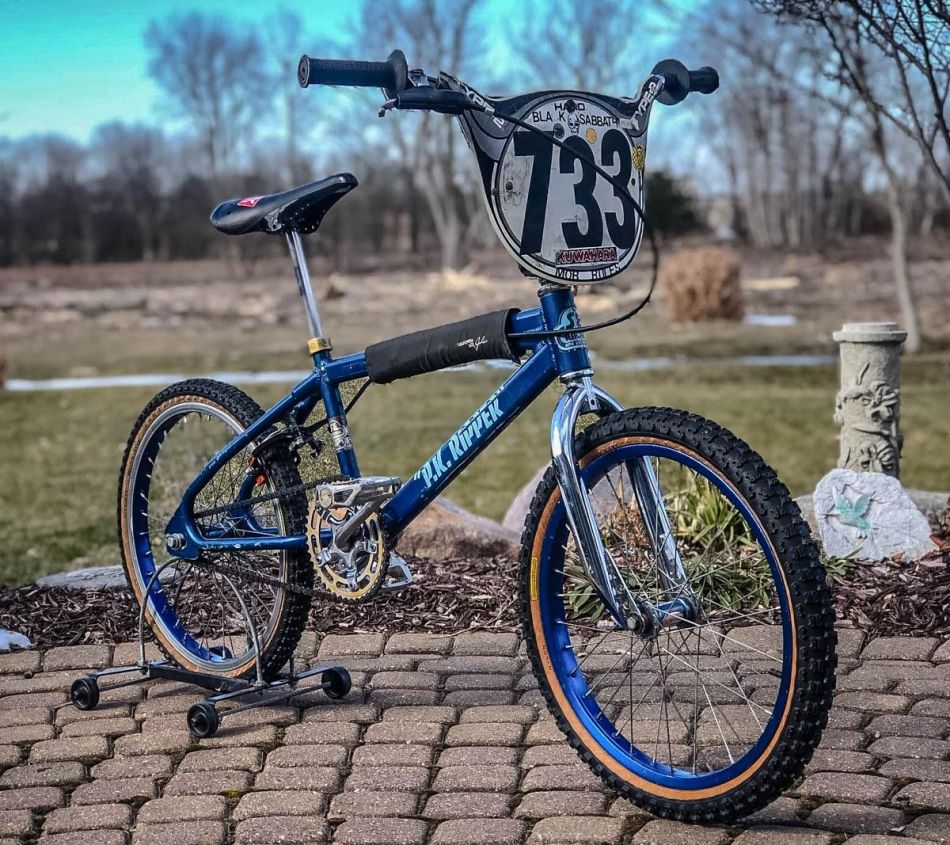