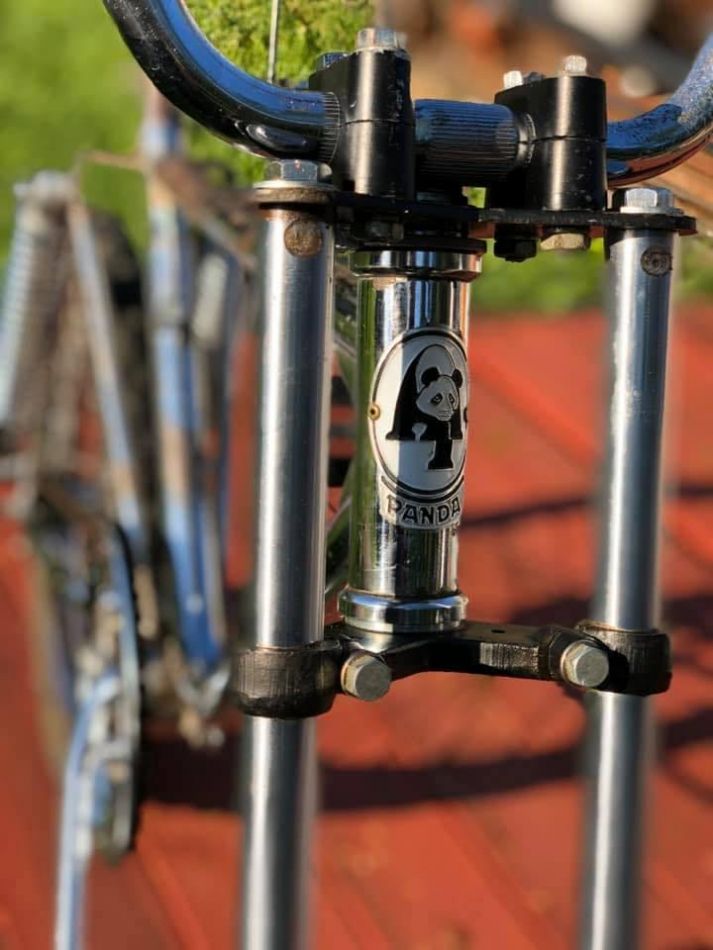 Can you claim you bombed down the hills on a bike in the '70s?
Perry Wills: I did not bomb hills in 70’s, we typically made jumps in fields or went to places we knew there were jumps. Relatively flat where I grew up.

When you see one at a local swapmeet do you have to get it no matter what?
Perry Wills: I’ve purchased 3 mono shocks all being Matthew’s at a local flea market and one Silverfox shock bike so yeah pretty much. If I were to find one I’d most likely buy it..

What's the story about the full suspension Panda? 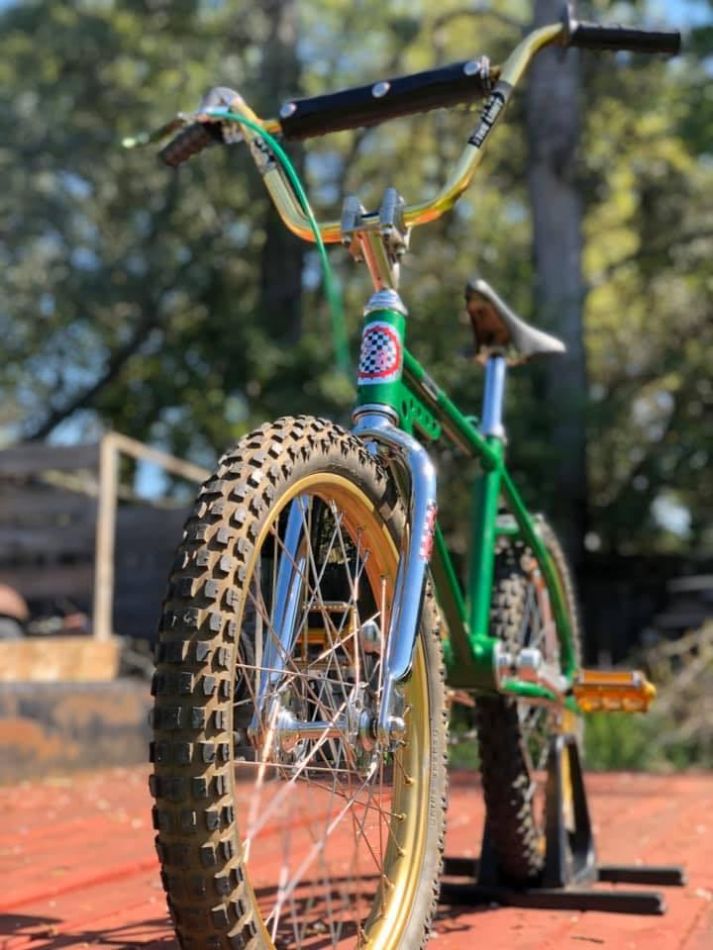 Perry Wills: The full suspension Panda as far as I know around 450 made, designed in '74, produced in '75. I currently own 2 of the originals “one still in pieces” and s as shocker. 2 which has a slightly different configuration.

When you need parts for a bike like that, where do you start?
Perry Wills: As far as parts go usually I’m pretty creative and also have accumulated a lot of small oddball items over the past 20 plus years usually. It’s a matter of looking or calling on someone I may know.

Who have been helpful in the BMX collector community tracking down parts for you?
Perry Wills: As far as tracking down parts I live close to 2 shops that had team riders. I’d say Scott Barrette kind of gave me the rekindled love for BMX. I initially had been dragging a bunch of bikes around with me wherever I moved. I took him all my stuff way back around I’d say late '90s early 2000's and sold it all to him for nothing pretty much in today’s standards.. 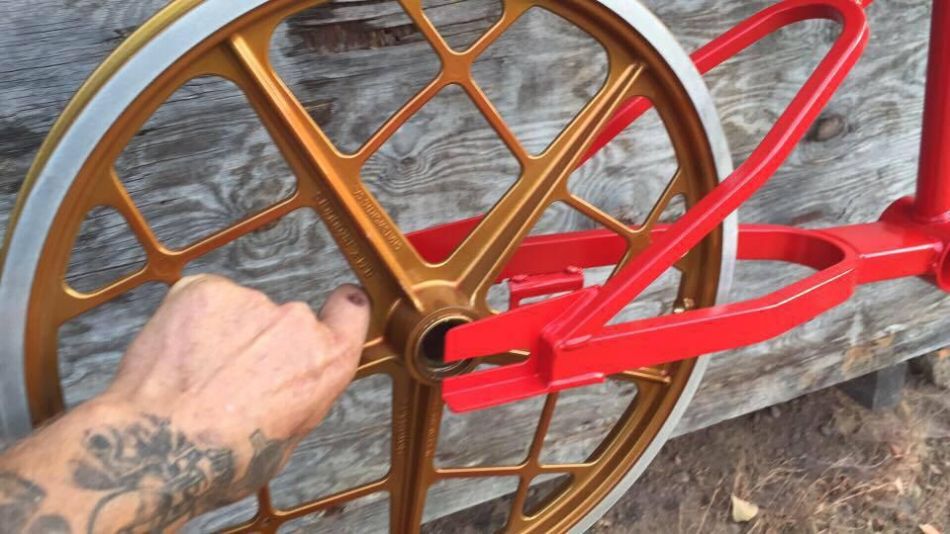 When I caught the bug again he passed along a lot of deals and such we’ve traded back and forth many of years.. also Eric Dyer, we have done some dealings as well. Early on, pre smart phones, parts were much easier to source. I had quite a few hot spots. Times have changed, more collectors, smart phones and a lot of old sources dried up and went out of business..

When a bike is done, is that bike ready for the personal display rack, or is everything for sale when the offer is right? 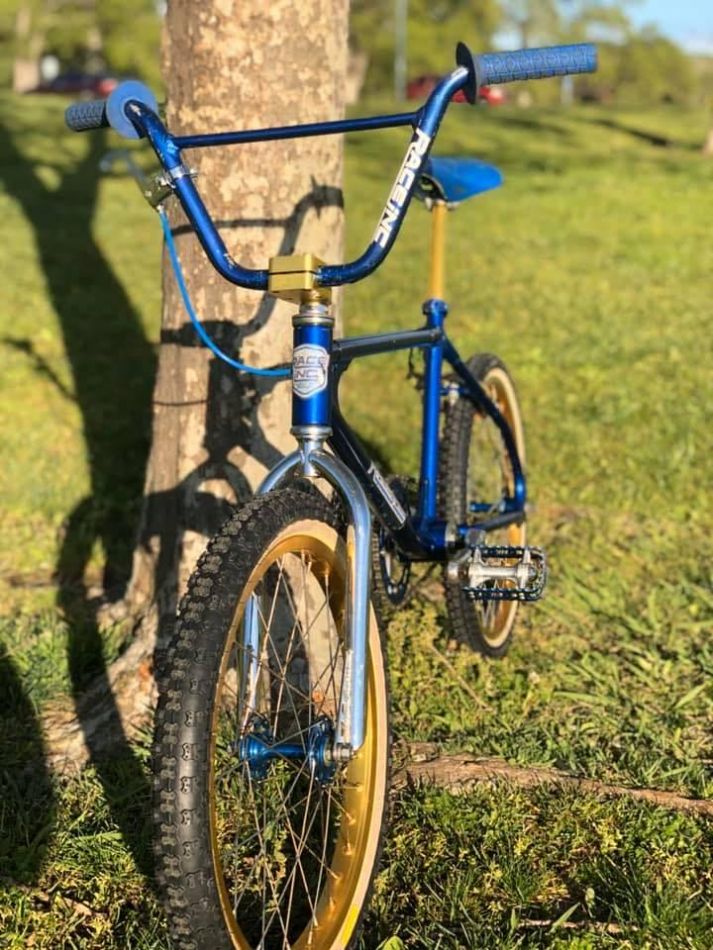 Perry Wills: When a bike is done it all depends... For a while I quit building mainly 20” bikes and focused on cruisers, “things I could actually ride,” so I kind of rekindled building 20” bikes somewhat. I think I just accumulated so many frames I just started building some. Things have changed greatly. In my early days I did some kind of builds I look back and ask myself why?? Lol. As far as selling I’d say everything has a price, it depends on the situation. Sometimes I sell to fund other projects, sometimes I sell to add income, sometimes I go long periods of time just hoarding. It really depends on what kind of mood I’m in! I’ve been called a functioning hoarder!

Being in California, do you believe it's more common to run into interesting stuff at a local swap meet or do you really have to go to a BMX swap meet/meeting in order to find something interesting?
Perry Wills: Like I said previously things aren’t quite as easy to find but sometimes I think I enjoy the hunt more than having all the stuff! If you don’t look, you won’t find things. They don’t typically fall in your lap.. 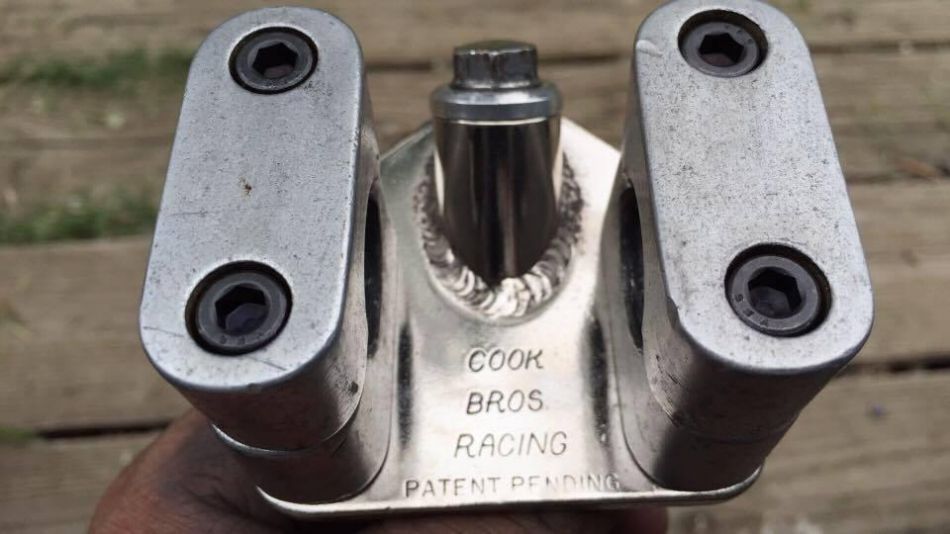 I’m a regular at flea markets and have several people who keep a eye out whether they buy storage units or what not. Sometimes I have sources bring me things. I’d say main thing is, get the word out to as many eyes as possible. Let yourself be known. Sometimes it pays off.. sometimes you accumulate a bunch of junk..

What's a bike (bike part) you have been looking for and haven't been able to find?
Perry Wills: Probably the most sought after bike would be an all original 26” Cook Bros cruiser with uniclamp and all Cook Bros goodies. I’ve had several Cook cruisers but that set up eludes me!

How can people get in touch with you when they have that part and want to hook you up? 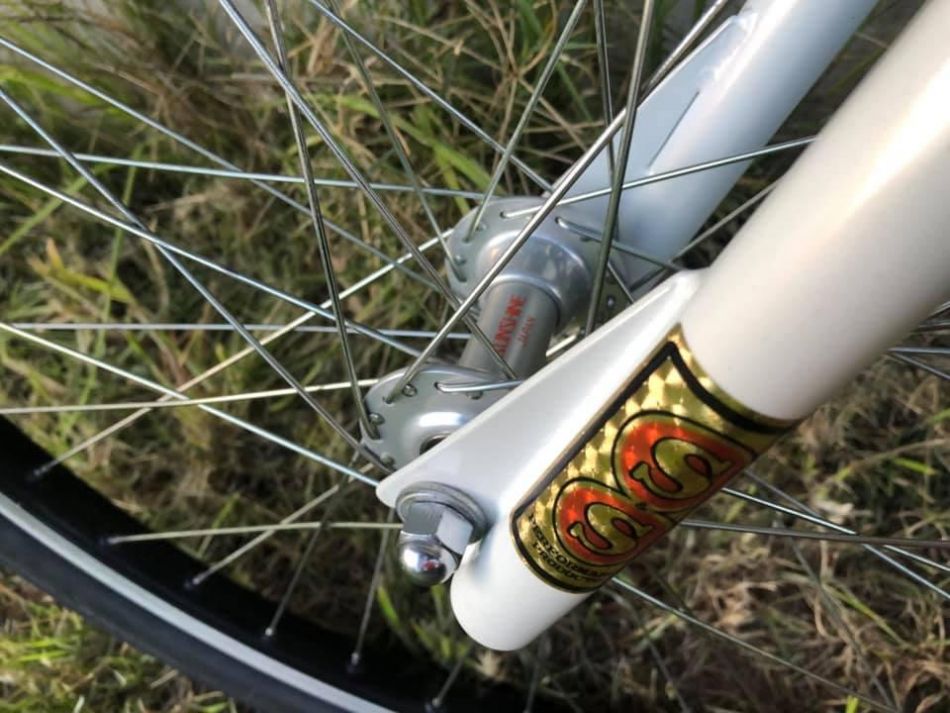 Perry Wills: You can reach me on:
-Facebook under Perry Wills.
-Email: This email address is being protected from spambots. You need JavaScript enabled to view it.
-BMX museum: suicyco
-eBay: suicyco01 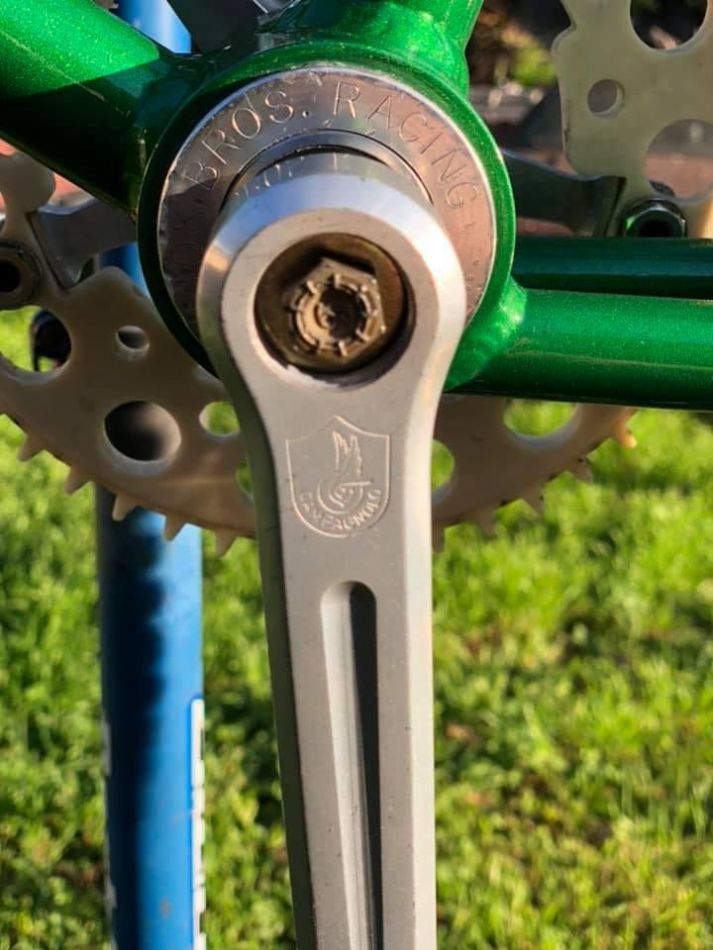 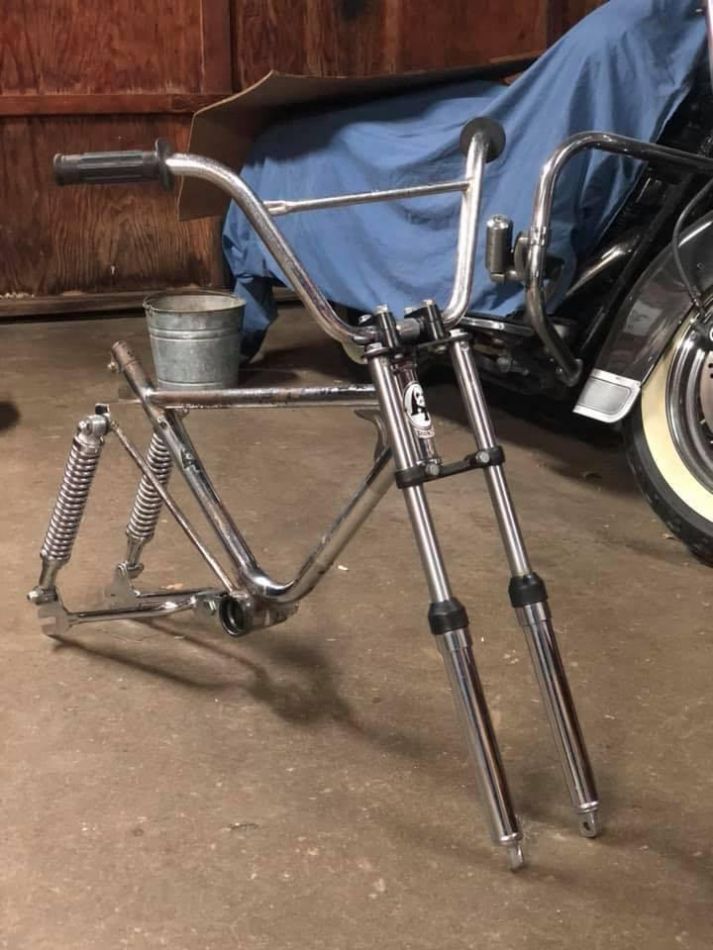 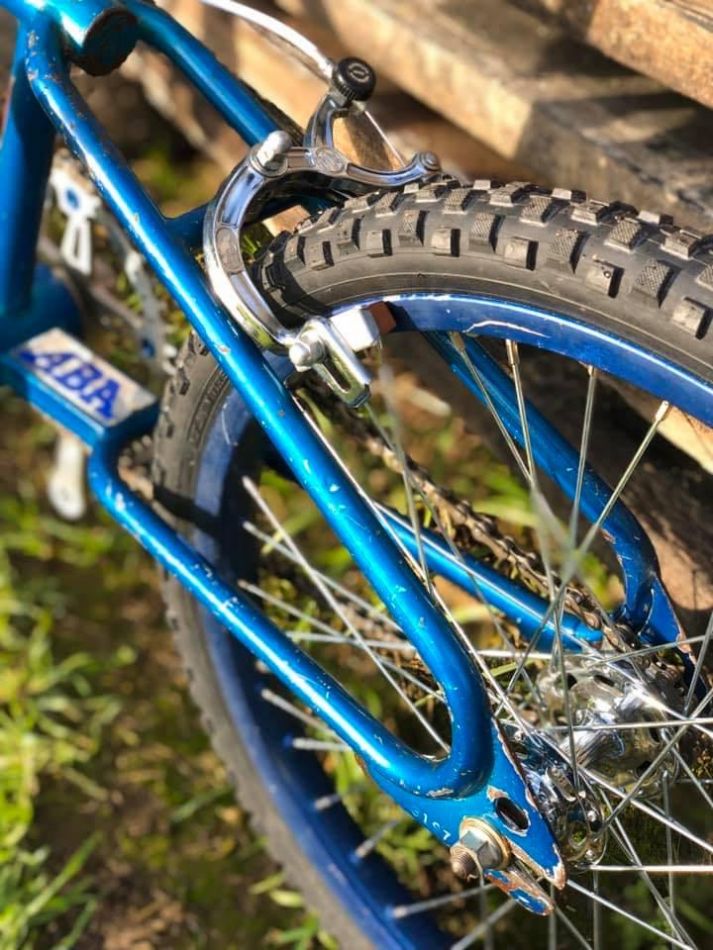 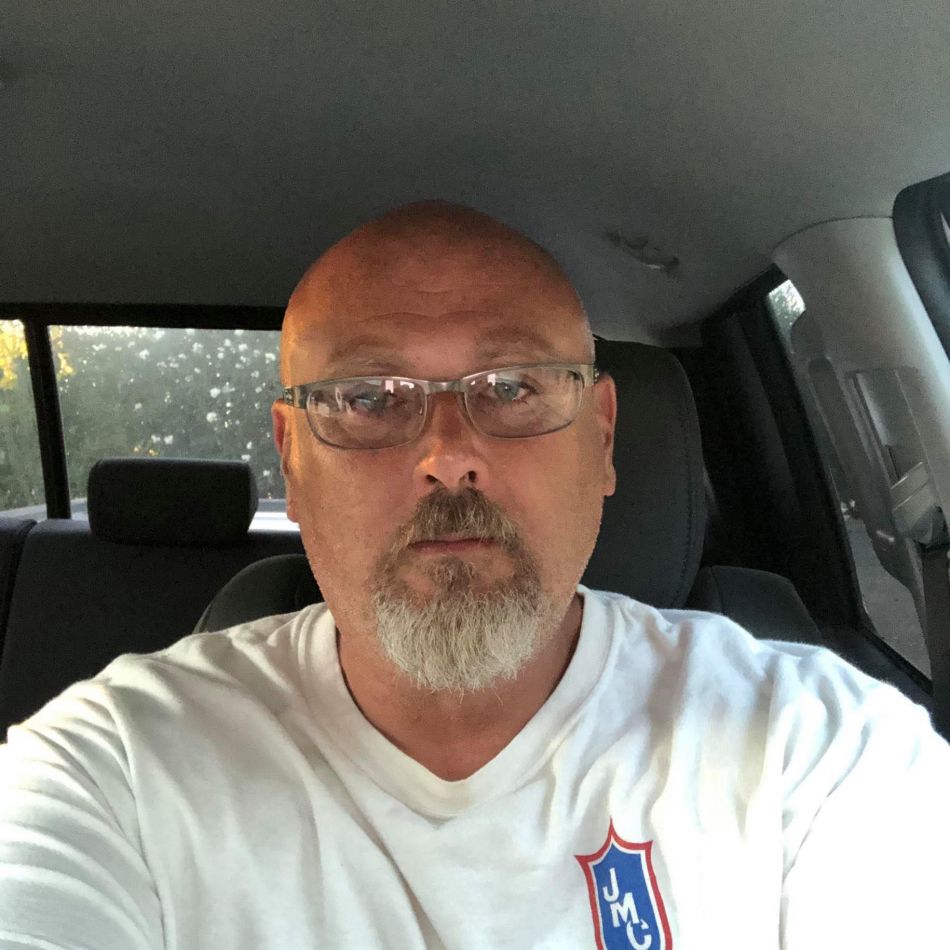